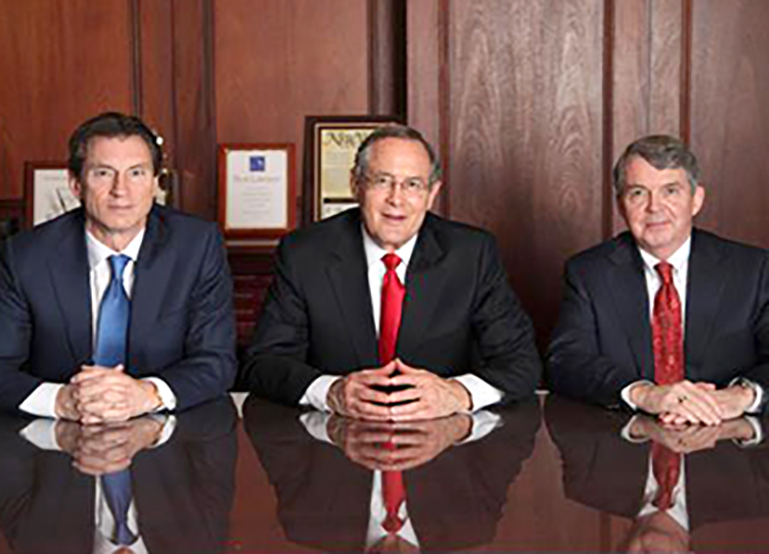 “As the legal industry landscape has evolved,
the need to diversify our firm’s practice areas and
the services we offer to clients heightened,” said
Jones. “My grandfather opened this firm right here
in downtown Troy in 1898, and my father, brother
and I all practiced law here.”

“Ensuring the firm has a place in the legal community
and continuing our commitment to Capital
Region community as a whole is of the greatest
importance to my family and I, and this merger will
ensure we can do that for years to come. Our firm
dedication to our existing clients will continued
unabated, and will also be extended to those who
we serve under this new structure.”

Each firm has a history of trying some of the most prominent cases in the region’s history. Jim
Hacker and E. Stewart Jones joined to represent
the families of 20 individuals who perished following
the sinking of the Ethan Allen on Lake George
in 2005. This year, E. Stewart Jones successfully
defended former state Senate Majority Leader Joseph
Bruno, a trial that resulted in a full acquittal.

“At Hacker Murphy, our commitment to our
clients is equaled only by our commitment to our
community,” said Jim Hacker. “I have worked on
several cases with Stewart and I know that his
personal and professional beliefs align perfectly
with the culture at our firm. We both consider giving
back to the community to be a goal on par with providing
the highest caliber of service to our clients.

“By merging our firms, we are now able to provide
services to clients that we individually could
not have met previously, as well as continue to give
back to the communities that support us. Together,
we are stronger.”

The partners said the merger of the E. Stewart
Jones and Hacker Murphy law firms creates an
entity with a combined 134-year track record
of success in the Upstate New York legal community.