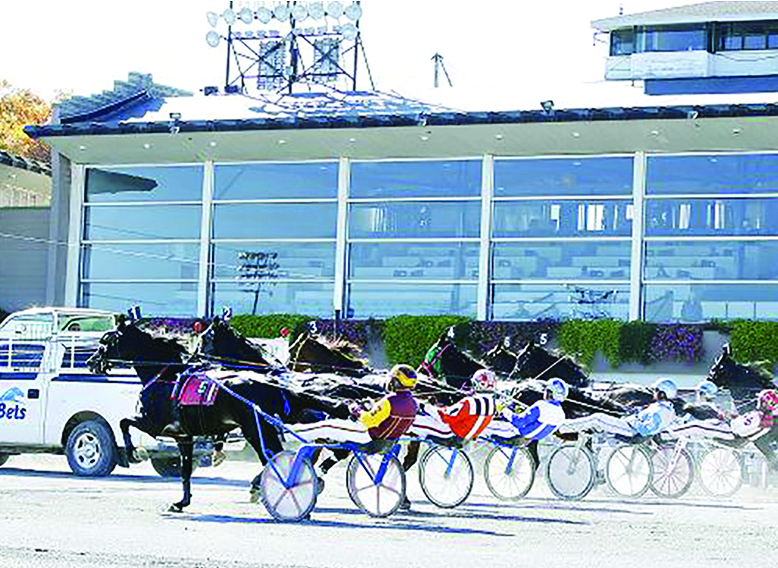 Saratoga Casino & Raceway opened its 74th harness racing season on March 1. Officials say it has experienced increases in all-source handle over each of the last five years

Looking to continue the trend that officials
say has seen increases in all-source
handle over each of the last five years,
Saratoga Casino and Raceway opened its
74th harness racing season on March 1.

Saratoga Casino and Raceway’s spring
schedule will consist of live racing Fridays
and Saturdays at 6:45 p.m. and Sunday
matinees starting at 12:45 p.m.

New for 2015, the Thursday card has
been moved to a 4 p.m. twilight post, and
in March, will feature a “happy hour” with
$1 hot dogs and draft beers from 4-7 p.m.
Parking and admission are always free.

Racing officials said simulcast of the
Saratoga Harness signal continues to increase
in popularity, reaching an all-time
record handle of $35 million dollars in 2014.
Over 150 different venues throughout the
world will carry the signal in 2015.

“The product on the Saratoga Harness
track has never been better,” said John
Matarazzo, director of racing operations
at Saratoga Casino and Raceway. “With
the rollout of our ‘One Card’ program and
introduction of our Thursday happy hours,
we’ve got something for casual and hard
core fans alike. ”

He said the horsemen will be competing
for purses exceeding $16 million, with average
purses of $93,000 each night.

This year, the historic harness racing
venue’s exclusive wagering platform
SaratogaBets is set to unveil a new One
Card functionality system. The program
is designed to streamline the on-property
pari-mutuel experience and allow visitors
to earn rewards both on and off property
throughout 2015 and beyond, officials said.
Complimentary WiFi, mobile betting
tablets and a race replay kiosk are also
some of the new benefits for horseplayers
who visit Saratoga Casino and Raceway’s facilities.

Fridays in March, all SaratogaBets
members are also encouraged to participate
in weekly Saratoga Harness handicapping
contests for a chance to win a $750 wagering
credit.

For 2015, the seventh annual Joe Gerrity, Jr. Memorial Pace will consist of one dash
for $275,000 on July 25. The 2014 Gerrity
Memorial featured Dancin’ Yankee, who
set the world record for an older pacer and
shattered the track record with an impressive
1:48.4 finish.

Matarazzo said this year’s event will once
again draw the best pacers in the Northeast.
The popular New York Sire Stakes
program will return on Thursday, June 4,
and the annual Back to the Track event will
also return this summer.

Matarazzo said the 2015 racing season
will continue to build on an increased social
media presence. Fans are encouraged
to follow @SaratogaCasino on Twitter and
Instagram as well as to use #SaratogaHarness
to share photos and videos of their
experiences at the harness track. Pre- and
post-race coverage, behind the scenes looks
into the paddock, and exclusive race insight
from track announcer Mike Sardella are
just some of the highlights planned.

Direct links to Twitter and Instagram
pages can be found at twitter.com/saratogacasino
and Instagram.com/@saratogaCasino.
He said guests are encouraged to sign
up for SaratogaBets, the exclusive online
wagering platform, at SaratogaBets.com,
by calling 855-445-4414 or by visiting the
mezzanine at Saratoga Casino and Raceway.

For a full racing schedule and additional
information, visit www.saratogacasino.com
or call 800-727-2990. Fans must be 18 or
older to play video gaming machines or
wager on horses.