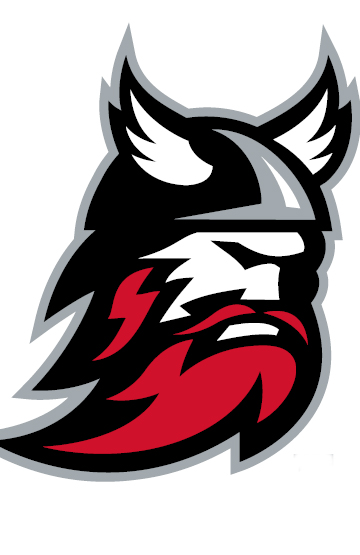 The new hockey team that will make the
Glens Falls Civic Center its home in the 2015-
16 season and beyond was introduced Feb. 11
in Glens Falls by the parent team, the Calgary
Flames of the National Hockey League.

The Adirondack Thunder is the name of
the team that signed a three-year contract in
late January with the Adirondack Civic Center
Coalition, the new owners of the building.

In an unveiling held at The Bullpen in Glens
Falls, the new Thunder brand adorned several
screens throughout the local bar in front of a
crowd of media and members of the general
public. Current Adirondack Flames and future
Adirondack Thunder President Brian Petrovek
unveiled the new name, logo and color scheme
to the public, beginning a new chapter of
professional hockey in Glens Falls and the
Adirondack region.

The new team is part of the East Coast
Hockey League.

“The Thunder brand has become a fixture in
the ECHL and we are excited to be able to bring
that tradition into the Glens Falls market,”
Petrovek said. “Keeping the colors that the Calgary
Flames brought to Glens Falls last spring
gives us consistency throughout the Calgary
Flames organization and we’re thrilled with the
new look to begin play next year. New leagues
call for a fresh, new and bold start and the
Thunder brand does that at a very high level.”

The Adirondack Flames and four other
teams are moving to California to create a new
Pacific Division of the AHL.

At a Jan. 30 press conference announcing
the three-year agreement, Daniel J. Burke,
president of the nonprofit community coalition
which assumed control of the Civic Center from
the city of Glens Falls on Jan. 1, said it achieved
two important goals, “retaining professional
hockey and moving the Civic Center toward
greater financial stability.”

“We worked hard to secure a three-year
commitment on terms that were financially sustainable,”
said Burke. “For our volunteer board,
this is a good first step but only a beginning.
We will continue working, with the support of
the community, to bring the Civic Center to its
full potential.”

“There is great fan support and a tremendous
tradition of hockey in the Glens Falls area, and
we are delighted to continue to be a part of it,”
said Brian Burke, president of hockey operations
for the Calgary Flames.

“Glens Falls has a long and storied tradition
of professional hockey,” ECHL Commissioner
Brian McKenna said at the Jan. 30 session. “The
city fits well within our geography. We welcome
the Flames’ ownership of the team and look
forward to working with their organization
and the local coalition to continue that hockey
tradition.”

In 2014, Glens Falls reached an agreement
with Calgary to place its AHL affiliate team in
Glens Falls, with a provision in the contract
that allowed the team to leave after one season.

The new threeâ€
year contract commits the Calgary
organization to keeping its ECHL affiliate
in Glens Falls for the full term.

“We appreciate Calgary’s confidence in our
community and their three-year
commitment,”
said Peter Aust, president of the Adirondack
Regional Chamber of Commerce. “Our region
can’t control decisions made on a national
level, but our positive support of hockey certainly
had an impact on Calgary’s decision to
maintain professional hockey here.”

The ECHL Stockton Thunder averaged 4,438
fans per game, officials said. The team was
purchased by the Calgary organization earlier
in January.