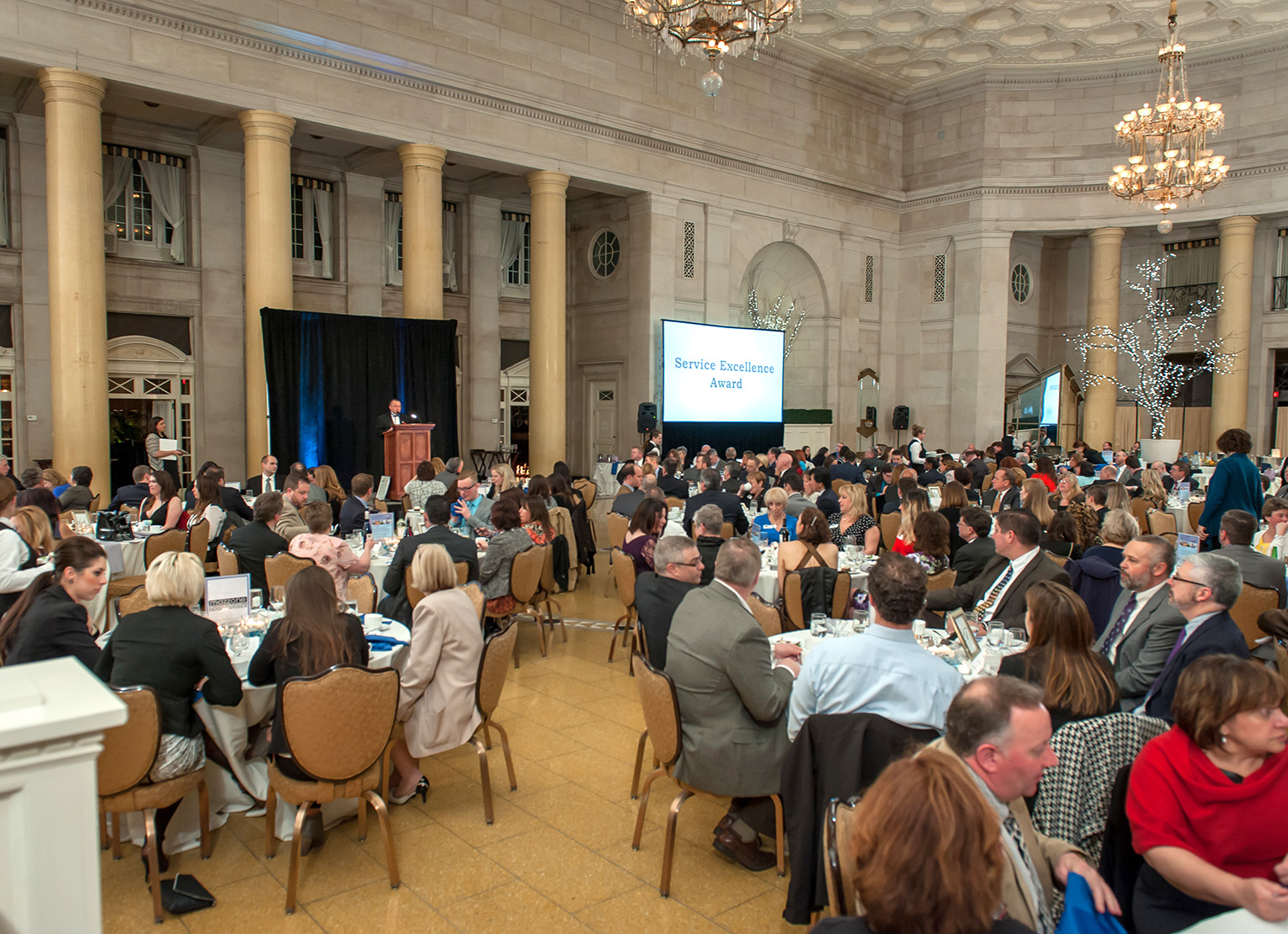 The Chamber of Southern Saratoga County
(CSSC) celebrated its strong presence in
the Capital Region and across the state and
handed out nine awards at its annual dinner
on March 27 at the Hall of Springs at Gideon
Putnam Resort, attended by 305 people.

Officials said its 37 marine-related business
members help it rank near the top statewide
in that industry, giving it a powerful voice
that reaches the length of the Erie Canal and
along transportation corridors to New York
City and Montreal.

During his remarks, Chamber President/
CEO Pete Bardunias shared a “Destination
for Innovation” presentation on 400 years
of marine cargo transportation in New York
state, noting that the entire history is represented
among the membership of the chamber,
right up to the latest innovation, “Solar
Sal,” a 40-foot solar/electric powered cargo
vessel under construction in Schodack. When
launched later this year, it will represent the
first purpose-built Erie Canal cargo vessel
not powered by either mule or fossil fuel in
its 200 year history.

During her keynote address, Business
Council of New York State President/CEO
Heather Briccetti praised the Chamber of
Southern Saratoga County’s efforts and enthusiasm
on behalf of its members, and its
interaction with larger partners.

“Your chamber translates messages from members to us,” she said, “so that we may
get that message to the elected officials that
represent the region and urge them to implement
changes where needed.”

There were nine awards given to nominees,
chosen by a vote of the membership.
The Endurance Award went to Jack Byrne
Ford of Mechanicville, in business since 1965.
The Mechanicville Area Community Services
Center was presented the Inspiration Award
for inspiring other organizations throughout
the county by enhancing the life of area
residents through family support, recreation
and education.

Ballston Spa National Bank’s Jenifer Marten
accepted the Strong Community Award
on behalf of the bank, for its community
connections.

The Education and Business Partnership
Award was given to Gil’s Garage, a Burnt Hills
business committed to improving the lives of
young people, nominated by the Burnt Hills-
Ballston Lake School District.

“It’s been an honor and privilege to work
with the Burnt Hills-Ballston Lake School
District and to enhance the student experience
there,” said owner Michael Brewster.

The Southern Saratoga Chamber Angels
honored the New York State Electric and Gas
Corporation (NYSEG) in Clifton Park for its
efforts in helping provide holiday cheer for
hundreds of children whose families were in
financial distress in 2014.

Judy Brinkman of Life’s 2 Short LLC received
the Ambassador of the Year award for
her volunteer efforts in reaching out to new
Chamber members, while Barbara Wisnom of
the Third Zone received the Service Excellence
Award for her years of working to better
the local community as committee chair and
serving in various capacities.

“As the largest chamber of commerce
in New York state that does not speak for
an entire county, this Chamber is in a very
unique position to make a difference,” said
Bardunias. “We are working hard to concentrate
resources in the communities we serve
and ensure that the specific needs of certain
industries are met by our efforts. We are
pleased to be such strong supporters of the
marine industry, manufacturing, agriculture,
retail, hospitality and the many professional
businesses throughout our area.”

The Chamber of Southern Saratoga County
is based in Clifton Park, serving 16 southern
and central Saratoga County communities as
well as a number of businesses in nearby towns
in northern Albany and eastern Schenectady
counties. For more information visit www.southernsaratoga.org or call 371-7748.