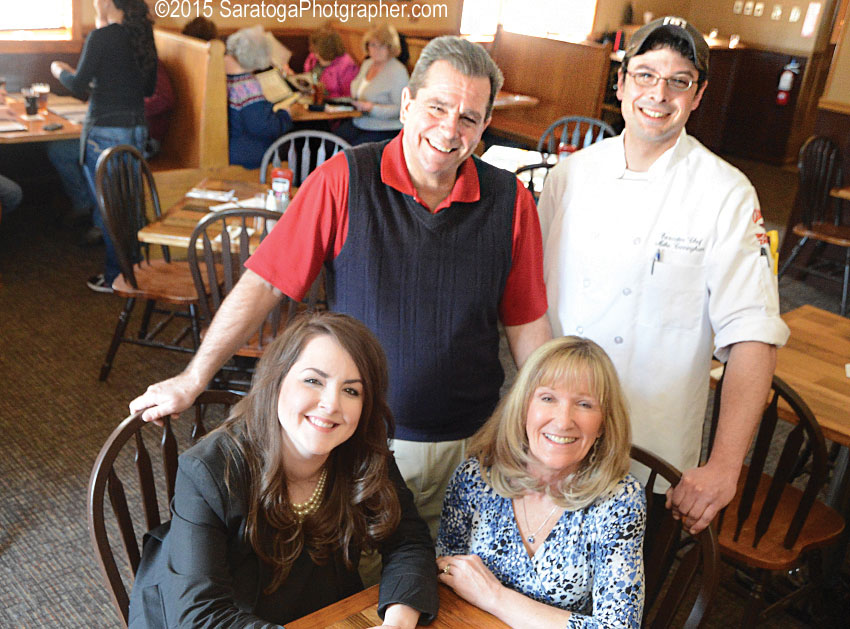 Carson’s Woodside Tavern is a new restaurant
on Saratoga Lake, located in the building that
once housed a longtime staple of the area, Cliff’s
Country Inn.

It opened in March at 57 Route 9P in Malta.
The previous owners, Cliff and Kathy Barlow,
retired after 37 years of running the restaurant.

New owner Bill Carson has several years of
experience in the restaurant industry, his most
recent venture being owner of Ravenswood Restaurant
in Clifton Park for 29 years.

Carson’s Woodside Tavern has a classic
American pub menu. The restaurant offers soups,
salads, wraps and sandwiches, burgers, and a
variety of entrees.

The restaurant will be continuing to offer the
prime rib, which was a favorite at Cliff’s Country
Inn. The prime rib is offered from 5 p.m. nightly
until it is sold out. The restaurant also features
nightly specials.
Carson’s is open for lunch and dinner on a daily
basis. Executive chef Mike Cunningham oversees
the kitchen.

Carson said the restaurant underwent six
weeks of extensive renovation. In the dining
area, improvements include fresh paint, new
dining tables and booths, carpeting, lighting and
television screens. In the bar area, renovations
include a new bar and barstools, televisions and
a stereo system.

He said renovations will continue on the
exterior of the restaurant. Carson and his team
are planning to knock down an outside building
on the property and bring down trees in order to
expose the view of Saratoga Lake.

Carson takes his love of the hospitality industry
seriously and believes it is the most important
part of running a restaurant.
“When people come here they can expect great
hospitality,” said Carson. “Getting to know people
personally is my favorite part. We want to know
people’s names when they come here.”

To help with that, Carson’s is establishing a loyalty
program at the restaurant. Every time people
eat at Carson’s Woodside Tavern, they can earn
points that will go toward a future meal purchase.

The restaurant will have live entertainment
from local bands on Friday and Saturday nights.
An official grand opening is tentatively scheduled
for May or June, once exterior renovations
are completed.

Carson’s Woodside Tavern is open from 11 a.m.
to midnight Monday through Saturday, and noon
to 11 p.m. on Sundays. For more information, visit
www.carsonswoodside.com or call 584-9791.