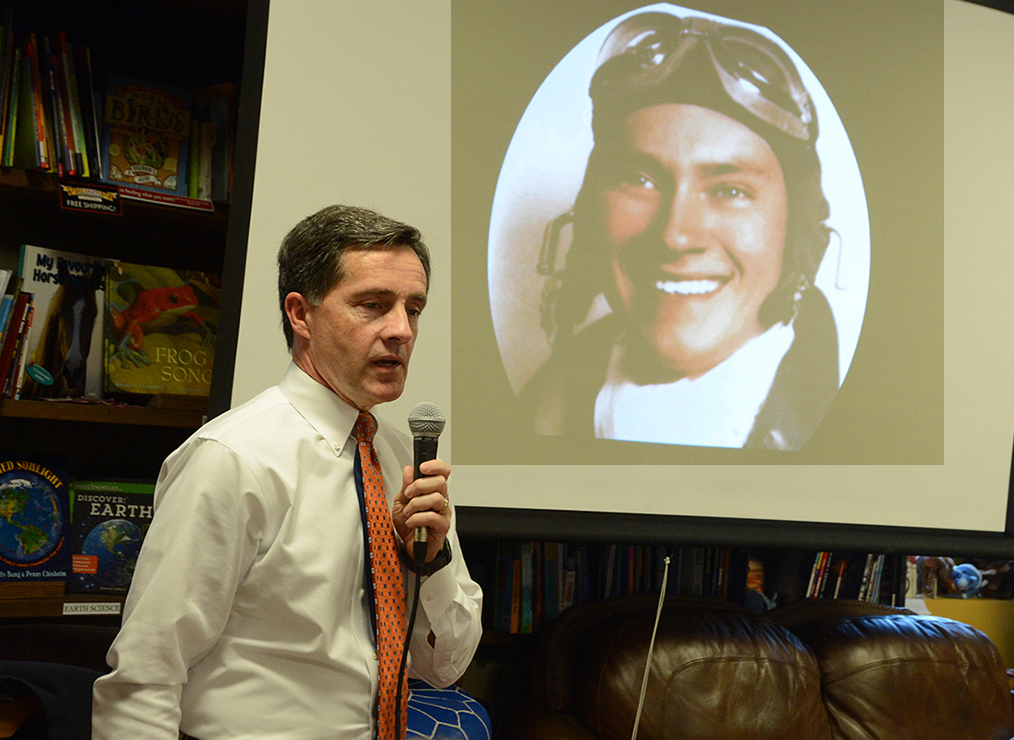 Raymond O’Connor discusses the book he authored inspired by his namesake.

Inspired by a letter received by his mother
when she was a teenager and a young bride,
Raymond O’Connor spent five years tracking down
information about the man who wrote the letter,
his namesake and his mother’s first husband.

The result is a book he authored, “She Called
Him Raymond–A True Story of Love, Loss, Faith
and Healing,” published in May.

The letter writer was Clarence Raymond
Stephenson, whom his mother, the former Helen
Gregg, called Raymond. They met in 1942, literally
bumping into one another in New York City’s
Central Park. They married in 1943, on her 18th
birthday. A year later she received the letter from
him–on her 19th birthday, their first wedding
anniversary–and the day her husband, a B-17
fighter pilot, was killed when his airplane crash
in Europe.

O’Connor’s mother re-read that letter every
year until failing eyesight made reading impossible.
On her 80th birthday, in 2005, she asked
Raymond to read the letter to her.
“It was the sweetest letter you ever read,”
O’Connor recalled.

Five years ago, he resigned from his position as
president and CEO of Saratoga National Bank, to
work full time on the book project. He searched
out a surviving military people and two of his
sisters. He interviewed his mother at length and
pored over newspaper clippings.
“It is by far the most meaningful thing I have
ever done in my life, and certainly the most difficult,”
he said.

Nine years after Raymond’s death, Helen married the man who would become the author’s
father. He thought the author was named for a
member of his family and it was only after her
second husband’s death that Helen began talking
to her son about the man he was really named for.
“It took her 60 years to start to talk about him,” he said.

Helen did not live to see the book published.
She died in 2013. But O’Connor bound a set of
proofs for her and his sister (Raymond’s daughter,
born six weeks before his death) and read it to her.
“At first she wasn’t too crazy about it,” he said.
“But then she got excited about it and said, ‘I
guess it’s OK.’ ”

When O’Connor finished the book–five years
and 14 manuscripts after he began–he thought
he never want to write another book.
Now, however, he is “giving some thought” to
writing a book about Protus Mayunga, the Tanzanian
mountain climber who guided O’Connor
and some friends on a climb of Mount Kilimanjaro
in 2012.
“He has an extraordinary personal story,” said
O’Connor.

“She Called Him Raymond” became available
as an eBook in July. A paperback version is on
the way. Further information is available at
shecalledhimraymond.com