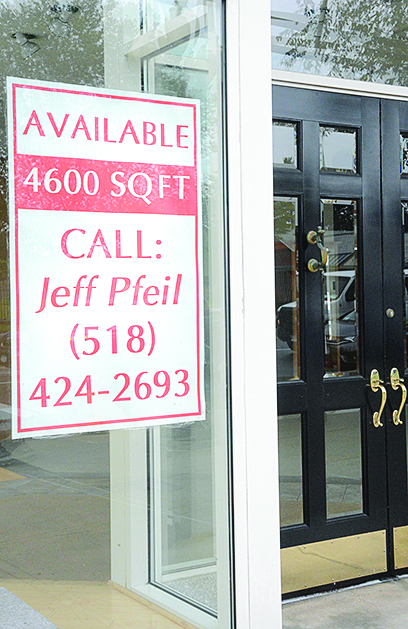 Realtors and developers alike agree that the
real estate market is Saratoga County is on the
rise.
Scott Varley, owner and broker of RealtyUSA
Saratoga Branch, has seen the rise and fall of the
market in his 20-plus years as a Realtor. Varley
states the market is on a steady rise in both the
city and the county of Saratoga.

“Overall, the market is very strong here. Average
sale prices have been rising for the past few
years. We may even be close to where we were
pre-bubble. What’s fueling that is a very, very
vibrant downtown area,” Varley said.

Varley cites construction or renovation of
various hotels, restaurants and other venues
as a driving force behind the city’s residential
desirability.

“Notably the construction of the Washington
on Broadway, the movie theater, the new Price
Chopper, the new Park Place and High Rock
condo projects. There’s a host of new restaurants.
All of these really took place post-bubble,” said
Varley.

“Landmark downtown construction and
buildings are building the fervor to get housing
that’s within walking distance to Broadway–
and there is a fervor,” said Varley.

Varley’s office is located at 28 Division St.
in downtown Saratoga Springs, in what he described
as “condo canyon”.
Varley credits the leaders of the city and
county Chambers of Commerce for their active
involvement in the area’s events and community
draw.

“The city has a very strong, active chamber of
commerce and downtown business association.
They have piled on the Broadway activities and
festivals,” said Varley.

“County-wise, we certainly have to credit our
leaders for the GlobalFoundries phenomenon,
and all the spin-off companies that revolve
around that. We have to credit TechSmart
Campus, the excellent rating that the Saratoga
County schools get, the Malta roundabouts, the
county waterline–all of these things are postbubble
and fuel development and opportunities,
particular because of access to water,” said Varley.

Tom Roohan, owner and broker of Roohan
Realty, said the market has seen steady and
continuous improvement in recent years.
“The market continues to improve year over
year. When you start to look at the agendas of
planning boards, or design review commissions, or zoning boards–their agendas are heavier
than they were two years ago. There’s a lot more
going on for different things. For example, on
Broadway, you have the expansion of Saratoga
Honda,” Roohan said.

Roohan states the market for both new and
existing homes is somewhat balanced.
“We don’t have any mega-builders in our area,
like the Toll Brothers or U.S. Homes. The builders
in our market are happier than they have been in
the past, and it’s getting better, but it’s not where
everyone would like it to be,” he said. “Buying an
existing home is easier. There’s less choices, less
decisions to be made.”

“We’ve seen new businesses growing. Reduced
interest rates have been a stimulus for
that. Saratoga County is still the place to be,”
said Roohan.

Jeff Pfeil and wife Deanna are commercial
property developers and owners of Pfeil & Co.
Inc. in Saratoga Springs. Pfeil has been in business
for 30 years.
“We have as much business as we want. We
work as hard as we want to work. The real estate
market in Saratoga Springs is booming, by the
number of construction projects going on in
town right now. Restaurants are opening, buildings
are going up,” Pfeil said.

Varley has seen a rise in new housing as well.
“The demand for new homes comes from a lack
of supply of existing homes. One fuels the other.
Right now, we are doing much better with new
home construction. We’re not at the level of new
home construction that we were pre-bubble, but
we are doing the best we’ve done in probably
seven years as far as new home sales,” Varley said.

Despite a downturn in the market in years
past, Varley states that Saratoga Springs is a
highly desirable place to live regardless of market
conditions.
“The allure of owning or renting something
where you can walk downtown–developers
are scrambling to meet that demand. Even in
a down economy, people are looking for fun,
entertaining things to distract themselves,”
said Varley.