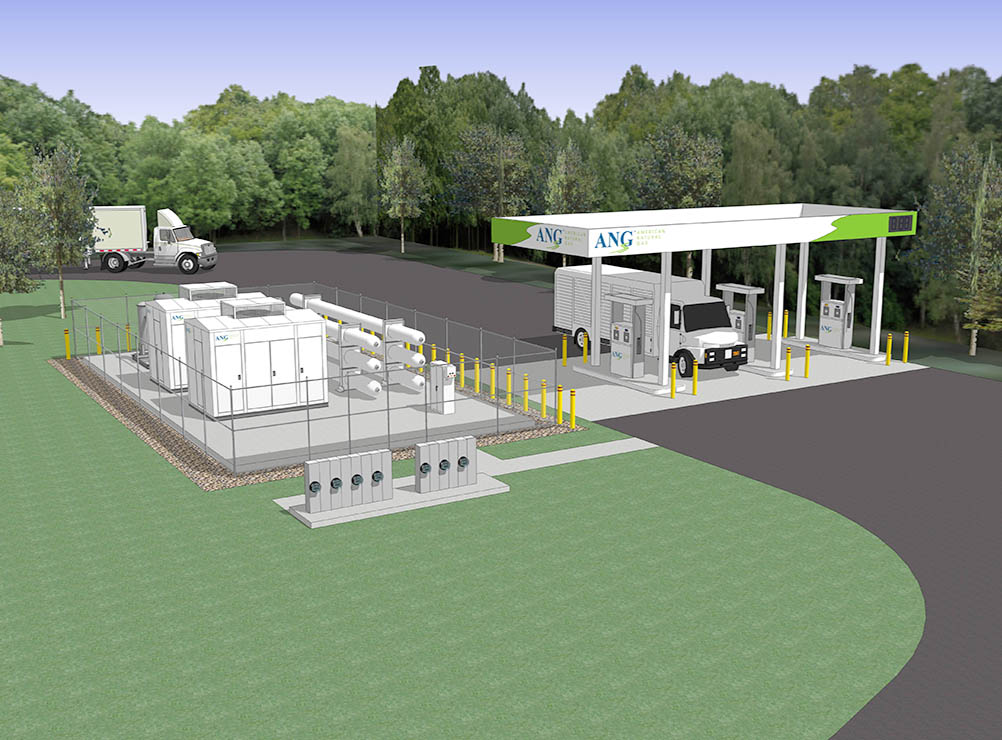 “New, innovative infrastructure like this provides
alternatives in how drivers fuel their day and makes
it easier for us all to reduce our carbon footprint and
play a larger role in our campaign to combat climate
change,” said Rep. Paul D. Tonko of Amsterdam.
“With Saratoga Springs-based ANG, the Capital
Region has expanded the leadership role we have
taken in recent decades to expand the green-collar
job market and show the nation what it means to
think outside the barrel.”

According to Natural Gas Vehicles for America,
an organization dedicated to the development of
a growing, profitable, and sustainable market for
vehicles powered by natural gas, the fossil fuel is the
cleanest burning commercially available alternative
fuel today and its use as a transportation fuel is
improving the air quality and the health of communities
across the country.

Overall costs to operate heavy-duty trucks on
CNG are significantly less than running the same
trucks on gasoline or diesel fuel, the organization
claims.

The W.J. Grande Industrial Park Station is the
third New York state station announced by ANG in
the past two months and the second public one. It
will become an important point along ANG’s grow-
ing corridor of public CNG stations in the Northeast
and extend the range of travel for CNG-converted
fleets, the company said.

Officials said that as ANG designed the station,
it selected top-of-the line equipment with regional
long haul, public transportation, and return-tobase
fleets in mind. The station will have two cold
weather-reliable 200 HP Cobey energy compressors
with two points of temperature compensation and
a Xebec dryer.

The station is under construction on an ANGowned
parcel, 34 Cady Hill Boulevard, Saratoga
Springs, that the company will continue to own,
operate, and maintain.

Those interested in fuel savings programs or
conversion information can call 866-264-6220.