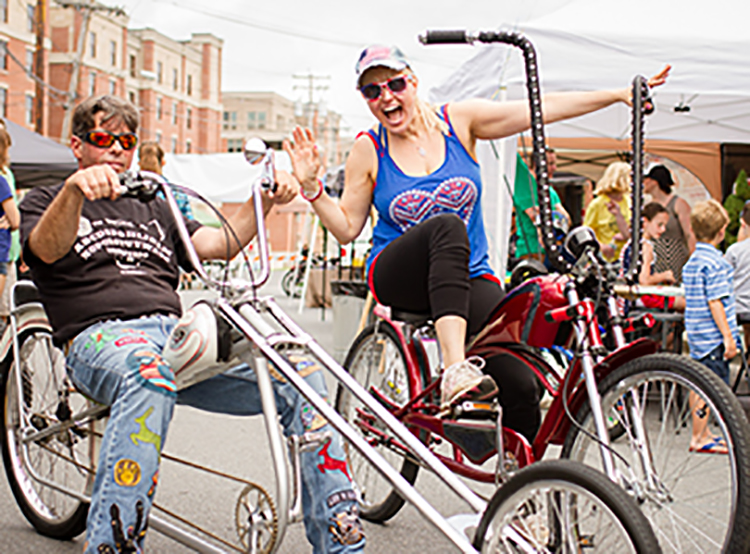 All activities are suitable for the entire family, organizers said.

A block of Henry Street, between Lake Avenue and Caroline Street, will be closed to traffic beginning at 7 a.m. that day.

The Adult Big Wheel Race is open to people 18 and older. It will take place in a series of heats on parts of Henry Street, as well as on Short Alley near the Children’s Museum. Registration for the adult big wheel race is open and those interested may register online. The first place winner will take home an adult big wheel and a race trophy. Prizes for second, third place, and best racer costume will also be awarded.

A guided kids bike parade will be led by event volunteers along Henry Street. Kids must bring their own bikes and helmets to participate. Parents and guardians are asked to stay with children during the parade.

The Saratoga Springs Public Library will lead a Kids Story Ride in and around Congress Park. The goal is to combine bike riding, support for literacy and to get children excited about the library’s summer reading program.

The first 110 kids and adults who visit the Saratoga Springs Complete Streets Station will receive a new helmet fitted by a professional bike helmet fitter. There will also be giveaways including bike safety lights, reflective safety velcro and educational materials.

More information, including the schedule of activities and registration links, is available at www.henrystreetbikeparty.com and on Facebook.

Henry Street Bike Party is hosted and organized by the Henry Street Business Group, a collective of Henry Street business owners. Part of the proceeds will go to benefit Bikeatoga, a non-profit, volunteer-driven organization based in Saratoga Springs, and toward revitalization efforts to make Henry Street a more bike friendly place.

The group also organizes Henry Street Harvest Festival, which will be held in the fall.