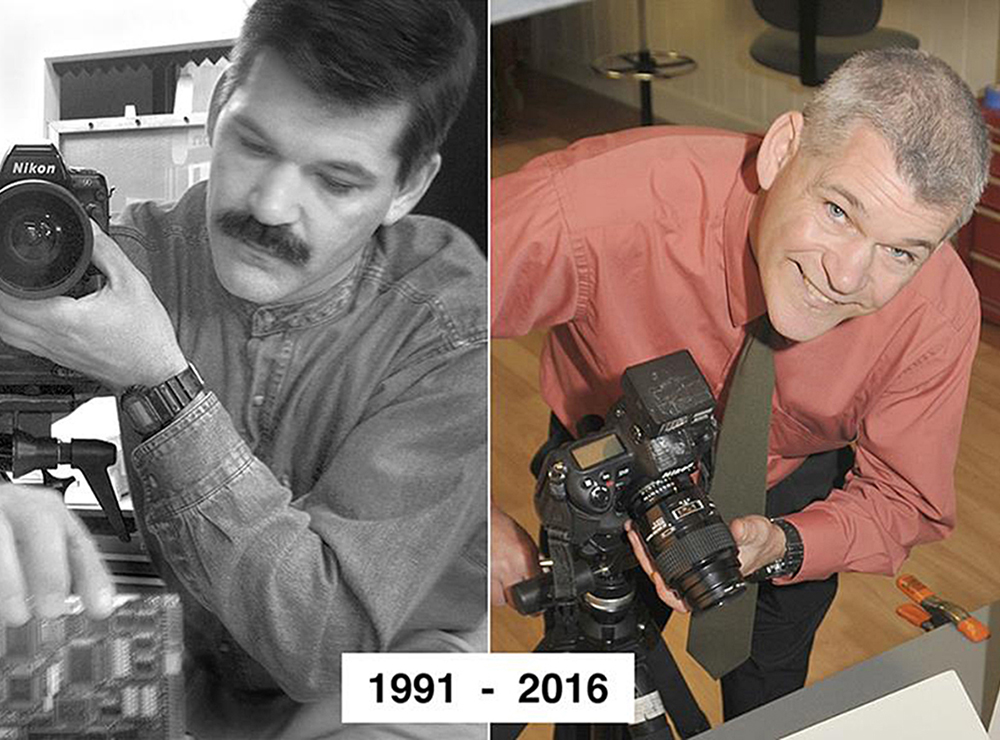 Tom Stock, a Gloversville native, started his local photography business in 1991 and never looked back. He celebrates 25 years in business in 2016.

Tom Stock recalled an exact moment just like it was yesterday. He was driving home after a long day of work–a 16-hour day, to be precise–when he found himself driving behind a new, bumble bee-yellow Jeep with a bumper sticker that read, “If you’re not the lead dog, the view never changes.”

That bumper sticker was the impetus Stock needed to become his own boss.

Born and raised in Gloversville, he moved to Delaware after graduating from Syracuse University and began working for a commercial and industrial photography company. While he was doing the kind of photography that he loved, he realized that he needed to be working for himself.

Two months later, after doing extensive market surveys, he packed his equipment in his car and drove to Saratoga Springs, where he set up shop. He hasn’t looked back.

Stock recalled that in January of his first year in Saratoga, his business earned a whopping $6. But he was undaunted. His mother phoned him to tell him about jobs she saw in the classified ads. He would tell her, “Mom, I already have a job.” Her reply would be something like, “How many hours did you spend today doing photography?”

His answer, he said, was: “I’m working on my business.”

He didn’t do jobs to supplement his fledgling business. “I only did photography work. As long as you have a ‘fall back’ job, you will always fall back on it,” Stock said.

Stock wasted no time becoming involved in his new home town. He joined the Saratoga County Chamber of Commerce, the Saratoga Economic Development Corp., the county Convention & Tourism Bureau and the Arts Council, getting his name and his work out in the public eye through marketing and networking efforts.

After a tough first year, Stock gradually began getting work with builders, manufacturers, hospitals and businesses looking to promote their products. Twenty-five years later, Stock continues doing the kind of work he loves–on his own terms.

Today, Stock operates as the Saratoga Photographer out of his shop at 216 West Ave., Saratoga Springs.

He does a lot of architectural interiors and exteriors, as well as studio and lifestyle work. A look at his website reveals a sampling of the range of his work, including aerial, industrial, product, and technology-related photography.

Asked about some of the things he doesn’t do, Stock replied, “No babies, no weddings, no dogs, no way.”

Stock stressed the importance of marketing and networking.

“You’ve got to continually sow the seeds,” he said.

Even 25 years later, Stock remains involved in business groups and spends more time on marketing and networking than on actual photography work.

For more information, visit his website at www.SaratogaPhotographer.com. The business phone number is 584-9784.