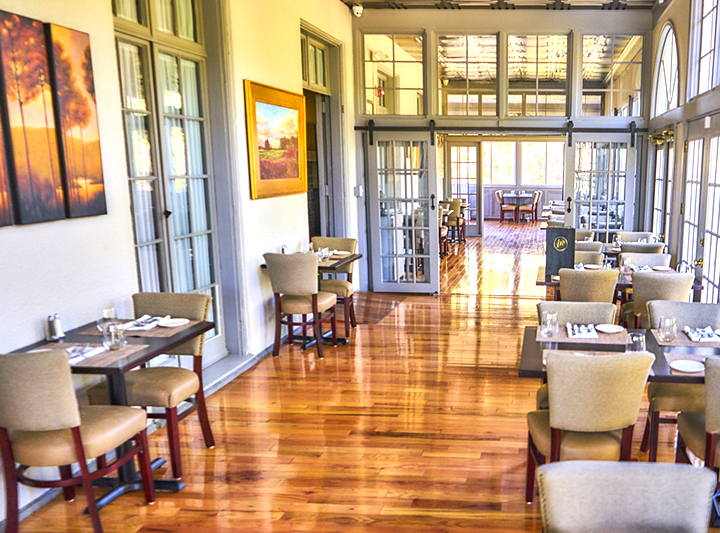 The restaurant’s three dining rooms and Edgar’s Bar all have walls of windows overlooking the picturesque grounds of the country club.

“Our indoor seating count is the same as we had at the Van Dam, but our outdoor seating is expanded to include a front porch and also a patio overlooking the 18th hole,” Donovan said. “While guests previously enjoyed the views of the bustling activity on Broadway at our old location, we are hopeful they will be as pleased with the more serene, natural views offered at our new home.”

In addition to the restaurant, the facility includes the Empire Room for banquets accommodating up to 120 guests.

Donovan said he plans to soon erect what will be dubbed the Symphony Pavillion, a seasonal venue accommodating up to 250 guests for weddings, golf outings and charity events.

Becky Harbour, a long time Maestro’s employee, coordinates all parties and events for both Symphony and the restaurant.

“We are excited for this new beginning for Maestro’s and look forward to seeing the friendly faces of our Van Dam patrons, as well as making new friends with the McGregor members and our Wilton neighbors,” said Donovan.

The restaurant is in the McGregor Links Clubhouse at 359 Northern Pines Road in Wilton. Reservations can be made by calling Maestro’s at 306-6500. The new web address is www.maestrosatmcgregor.com.