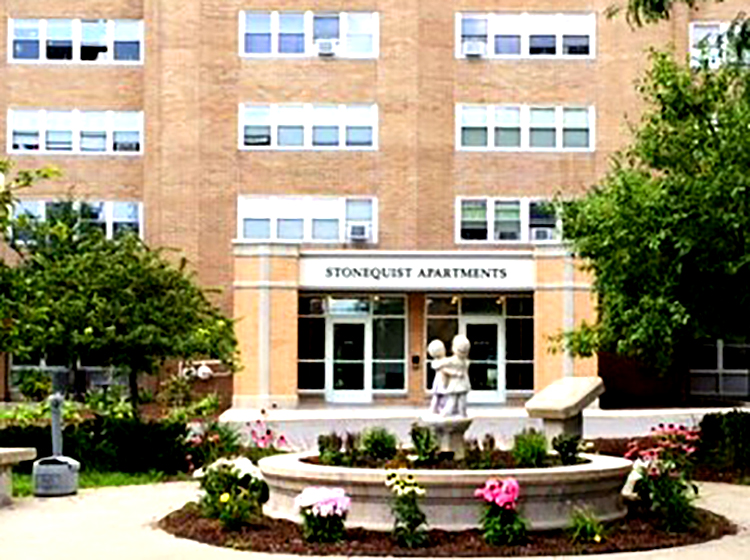 This high-rise apartment complex on South Federal Street, Stonequist Apartments, is one of the Saratoga Springs Housing Authority’s complexes that is now smoke free.

Saratoga Springs Housing Authority said in April that to protect the health and safety of its residents it has implemented a no-Â­smoking policy in all 339 of its housing units. It also limits smoking elsewhere on its properties.

The policies went into effect May 1.

“We are proud to take this important step in protecting the health and safety of our residents, employees and visitors,” said Executive Director Paul Feldman.”Whether it’s second-Â­hand smoke filtering into neighboring apartment or common areas through doorways and ventilation systems, or the fire dangers associated with cigarettes, smoking presents risks that needed to be addressed.”

The policy is in effect at all three of the authority’s housing complexes: Jefferson Terrace, Vanderbilt Terrace and Stonequist Apartments.

Feldman said the policy was discussed and developed over the past year in collaboration with Glens Falls Hospital’s Health Promotion Center, through its state-Â­funded Living Tobacco-Â­Free Initiative.

“The hospital team has a lot of experience in helping organizations and municipalities implement smoke-Â­free policies and we were happy to have their assistance,” he said.

Brandi Bishop, program coordinator for Community Partnerships for the Living Tobacco-Â­Free Initiative, said, “We commend the Saratoga Springs Housing Authority for their initiative in creating a healthier environment for the people who live in, work in, and visit their apartments. It’s great to have yet another community partner who is committed to reducing exposure to the dangers of tobacco products.”

In conjunction with the policy, staff members from the Living Tobacco-Â­Free Initiative have provided Housing Authority residents with educational information about quitting smoking.

The Saratoga Springs Housing Authority is a federally funded, state-Â­chartered government agency founded in 1952 for the purpose of providing safe,decent and affordable housing to low- and moderate-Â­income individuals and families.

The Health Promotion Center of Glens Falls Hospital works to improve the health and well-Â­being of the people and communities of Warren,Washington, Saratoga, Clinton, Essex, Franklin, Fulton, Hamilton and Montgomery counties through a variety of state-Â­funded initiatives, including Living Tobacco-Â­Free.

In recent years, staff from the Living Tobacco-Â­Free Initiative have worked with a variety of organizations and municipalities to develop smoke-Â­free public spaces, including Liberty House Foundation, the Schuylerville Public Library, the Washington County Fair, and the towns of Ballston, Fort Ann and Warrensburg.