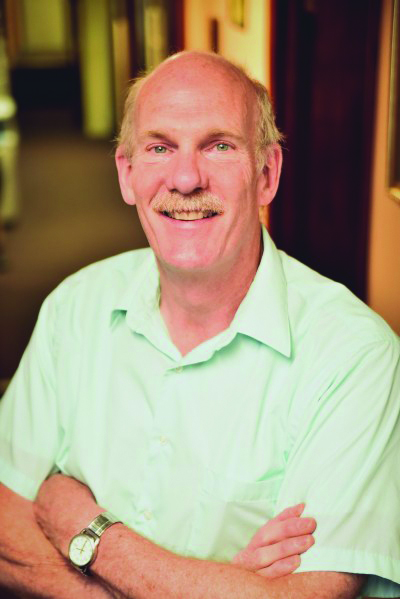 Craig had learned a valuable trade as a plumbing specialist during his time with the Air National Guard and he decided to go in another direction.

He started a new business, providing plumbing and heating/air conditioning solutions to customers. "I knew nothing about business, how businesses should operate, how to make money–any of it," he said. "And I can completely understand why so many businesses fail."

MacDonald credits his ability to stay in business to his perseverance. "The only reason I didn't fail was because I did not want to work for anyone else," he said.

In looking back on those first 15 years in business, MacDonald described it as a "long painful time." It was only when he decided to work on his business, instead of just working in it, that things began turning around for him.

"I found some very good consultants and learned a lot of important lessons about how to effectively run a business, and even earn a profit," he said. "Before then, I didn't even know how to read a financial statement."

One of the earliest lessons he learned was, having the lowest pricing around is not a business strategy.

"You've got to have value that you can offer to customers. If you just try to sell yourself as the low bidder, you're going to end up losing out in the long run."

MacDonald also realized that, for the previous 15 years, he'd been running his business like a hobby instead of like a business. He started investing time, developing a successful business strategy, creating a solid bidding process, and structuring his pricing so he could remain competitive while offering quality work at a value to the customer.

"In the process, I learned how to turn a business that just barely eked by into a company that generated a profit," he said.

For MacDonald, as with many other successful business owners, the most important piece of the puzzle became the people who work for the company. He began to seek out the best people he could find and he empowered them to be their best.

"I now have great people working here," he said. "They have autonomy and they feel fulfilled in their jobs. They know they're part of a team and they get a lot of hands-on training and support from the more experienced employees."

Another critical component is Suburban Services' dedication to customer satisfaction and a willingness to "go the distance" to achieve it, he said. He tells his employees, "You only have one first impression that you can make on the customer, so you need to make it the best one possible."

The company began in 1980, as a home improvement company. In 1983, the company completed its goal of specializing in plumbing and heating installation and repairs and changed its name to Suburban Plumbing and Heating Corp. During this time, MacDonald got his plumbers license and certification for refrigerant handling.

They built a new facility on at 852 Route 50 in Burnt Hills. Through the 1990s, additional skilled technical persons and a professional sales and administrative staff were added. Radon mitigation systems installations to remove radon gas in residences were added and the company name was changed once again to Suburban Services Group.

In 2003, the facility was expanded with a full warehouse capable of storing equipment and parts needed to support the installation of systems. Over the years, a fleet of trucks was purchased that specialize in the installation of Guardian automatic standby generators, heating, air conditioning systems, radon mitigation services, and plumbing services.

The company is open 8 a.m. to 5 p.m. Monday through Friday. Its website is www.suburbanservicesgroup.com.