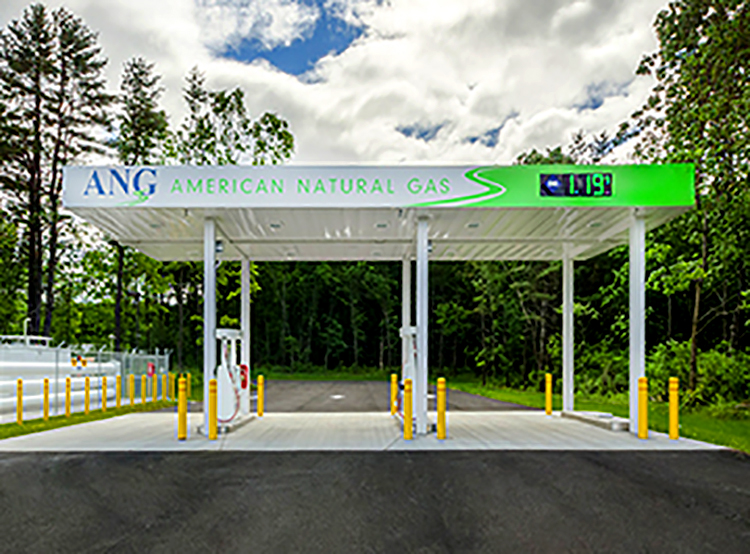 “CNG can transform the transportation industry. But it takes a network of infrastructure to make it possible, and that’s where we come in,” said Drew West, CEO of ANG. “Having a station in Saratoga Springs is an exciting opportunity for our regional fleets and neighbors interested in switching to a cleaner, more reliable fuel solution.”

According to Natural Gas Vehicles for America, a national organization dedicated to the development of a profitable, and sustainable market for vehicles powered by natural gas, natural gas is the cleanest burning commercially available alternative fuel today and its use as a transportation fuel is improving the air quality and the health of communities across the country. Overall costs to operate heavy-duty trucks on CNG are significantly less than running the same trucks on gasoline or diesel fuel.

“New, innovative infrastructure like this provides alternatives in how drivers fuel their day and makes it easier for us all to reduce our carbon footprint and play a larger role in our campaign to combat climate change,” said Rep. Paul D. Tonko. “With Saratoga Springs-based ANG, the Capital Region has expanded the leadership role we have taken in recent decades to expand the green-collar job market and show the nation what it means to think outside the barrel.”

“This project is consistent with the goals of our Climate Smart Task Force, which is working with businesses and residents to identify actions that our community can take to reduce greenhouse gas emissions through energy-saving strategies and sustainability practices,” said Saratoga Springs Mayor Yepsen. “I am hopeful that many Saratoga-based fleets will consider switching to clean-burning natural gas, allowing them to reap the cost-savings and emission-reduction benefits of the fuel.”

ANG has guided regional fleets, such as Tops Friendly Markets in Buffalo and Casella Waste Systems in Rutland, Vt., through their conversions to CNG. ANG has also partnered with Try-It Distributing, the parent company of Saratoga Eagle, to supply CNG to their beverage distribution fleet. In return, these companies have reduced their emissions, carbon footprint, and dependency on foreign oil.

ANG will hold a ribbon-cutting event planned for Wednesday, July 27.

According to the company, its mission is to make natural gas readily available for commercial and public use in vehicles. ANG’s team is comprised of industry, legal, construction, engineering and entrepreneurial experts. To learn more visit www.americannaturalgas.com.