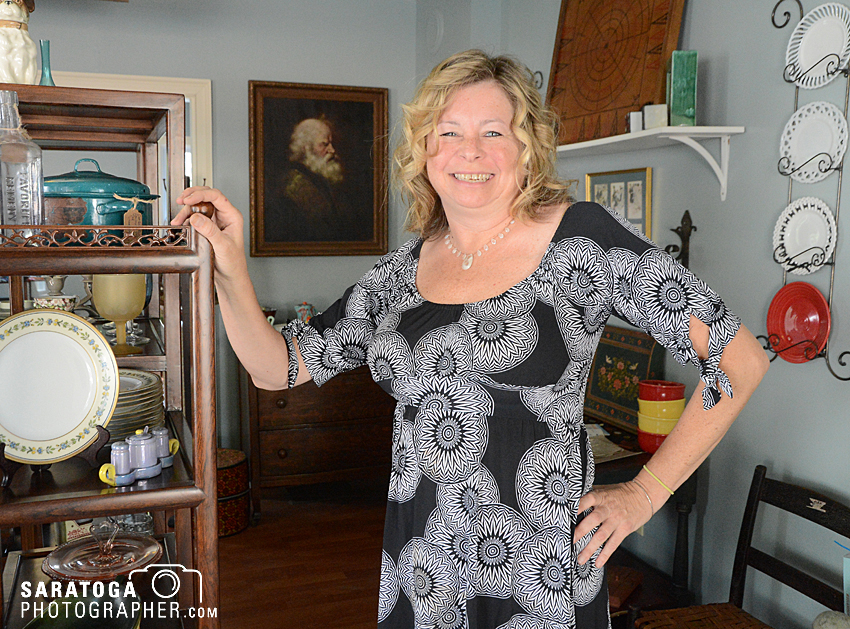 Laura Kruegler, a former prosecutor, has opened A Touch of Dust LLC, an antique store in the Beekman Street Arts District in Saratoga Springs.

A Touch of Dust LLC is a new antique store at 30 Beekman St. in Saratoga Springs.

Its owner, Laura Kruegler, is a former prosecutor, having begun her career in the Rensselaer County District Attorney’s Office in 2001. She stayed through three administrations.

“While there, I specialized in domestic violence and sex crimes,” Kruegler said. “I also prosecuted homicides and other major crimes. I’m sure I handled over 20,000 cases during my time there. The last two years, I prosecuted child abuse and neglect for the Saratoga County District Attorney’s Office.”

In April, after 15 years as a public servant, she resigned.

“One of the biggest factors in that decision was the toxicity of the job,” Kruegler said.”Hearing horrid details of child abuse every day is like living an episode of ‘SVU’ every day. It affects your entire life. So, after careful consideration, I decided I would rather not know if aliens exist, and live my future life without that plague.”

Kruegler was ready to begin a new phase in her life.

"A Touch of Dust will have a variety of antiques and vintage items representing the past couple centuries," she said. "We also are acquiring memorabilia from Saratoga Springs and have some neat items, sure to be a draw for those visiting the city that want to take home a piece of history."

Owning an antique store has always been on Kruegler's bucket list.

"I began collecting antiques back when I was a child," she said. "My mother was an avid collector and I enjoyed watching her assess items and experiencing the thrill of a unique find. We went to auctions, garage sales and flea markets all summer long. In the 80s, my mother opened her own antique store in Watervliet and I spent many hours there, pricing and cataloging."

Her goal is to have a store that brings a little something new to the table.

"I think A Touch of Dust will be successful in Saratoga Springs for several reasons," Kruegler said."Obviously, the history and culture of the city is one of its major draws and providing a place to shop that also has an interest in history will add to the charm. Upon deciding to take the leap, I researched what was already available and found very few stores that had antiques. Even more surprising, was that there was no antique stores downtown, as the one on Phila Street had just closed."

The Beekman Street Arts District, where the shop is located, appealed to her architecturally and also because it has a quieter pace than Broadway.

"The businesses there are very supportive of each other and we have enjoyed getting to know everyone," Kruegler said. "I was lucky to find a space in an old yellow clapboard house with a sweet front porch and huge picture window. In back there is a small parking lot allowing access to the store without any steps. Big items can be moved in and out easily. The inside is painted in a colonial blue and has stained glass overhead lights."

Opening a business comes with many challenges and there will be more to come, but Kruegler is willing to overcome any obstacle.

"As any business owner will tell you, there are always setbacks," she said. "Not having worked for myself before, I have found all the details overwhelming at times. Thankfully, the Chamber of Commerce, other business owners and friends have been not only supportive but helpful as well. It takes a village to open a store."

The name–A Touch of Dust–was suggested to Kruegler by a friend.

"Makes sense, since most antiques and vintage items have a bit of dust on them somewhere," Kruegler said. "We will, however, take every effort to clean up the dust so the true beauty of the piece shines."