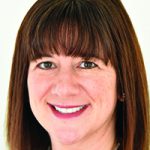 The Summit at Saratoga, an independent senior-living community for adults 55-plus in Saratoga Springs, promoted Christy Durant from senior living consultant to community manager.

In her new position, the Wilton resident will supervise the day-to-day property management, including hiring and training new staff. She is also responsible for leasing the facility’s 110 apartments, as well as overseeing all aspects of the community’s marketing activities.

She holds an MBA from the University at Albany. 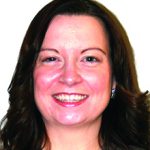 She was previously the support services supervisor of the Operations and Support Services Department at First New York’s Headquarters from 2015-2016. 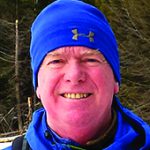 John Kettlewell has joined Saratoga PLAN’s staff as constituent engagement director. Saratoga PLAN is a nonprofit land trust which works to “preserve land and nature” in all of Saratoga County.

Kettlewell will be working to further the group’s outreach to people who value preserving the agricultural, recreational, and natural open spaces in Saratoga County. He has experience working with digital marketing and outdoor organizations.

Kettlewell comes to PLAN from Informz, an international digital marketing company based in Saratoga Springs. Prior to that he was the publications and marketing director of the Adirondack Mountain Club.

Privacy professionals are the arbiters of trust in today’s data-driven global economy.  They help organizations manage rapidly evolving privacy threats and mitigate the potential loss and misuse of information assets. The IAPP is the first organization to publicly establish standards in professional education and testing for privacy and data protection.

An attorney with Whiteman Osterman & Hanna since 2005, Meyer represents clients in corporate and litigation matters, including matters involving privacy, cybersecurity, commercial disputes, and labor and employment.

The Saratoga Economic Development Corp. (SEDC) announced two new members of its board of directors.

SEDC now has 11 directors and is conducting an annual investor-member-wide meeting spotlighting its recent track record and plans for 2017 to 2020. It will center around continuing its Advance Saratoga initiatives to attract $15 billion in new investment and retain or grow over 10,000 jobs. 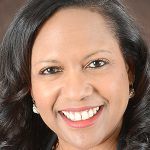 Saratoga Hospital has named five new members to its board of trustees.

Cushing is chairman of the Albany Medical Center board of directors. Dr. Frisch is senior executive vice president for AMC’s integrated delivery system. They serve as AMC’s representatives on the board of trustees, filling two new slots created as a result of the recent AMC-Saratoga Hospital affiliation. 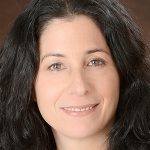 Janice White, trustee and immediate past chairperson; and Michael West, trustee; have been named to those seats.

MacLean is co-owner of five businesses: Circus Café, the Crown Grill, Saratoga Juice Bar, Curved Line Living Seminars and Realty Saratoga. She has held leadership roles with Saratoga Arts Fest, Saratoga Springs Downtown Business Association, and Division Street School and currently serves on the board of directors of the Adirondack Trust Co. and the executive board of Times Union Women@Work. A graduate of Williams College, she holds an MBA from the Wharton School at the University of Pennsylvania. 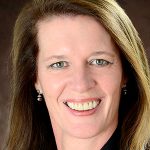 stafa is a family practitioner in Malta, a member of the Saratoga Hospital medical staff, and former medical director of long-term care for the hospital. A team physician for Skidmore College, he serves on the board of Newmeadow School in Malta. She earned a medical degree from Ross University School of Medicine, completed a residency in family medicine at St. Clare’s Hospital in Schenectady, and is fellowship trained in sports medicine.

Ward is chairman of the Wright Family Foundation, the philanthropic arm of SI Group Inc. in Schenectady. She is retired from the family-owned company, where she served most recently as director of global budgeting and planning and corporate secretary. Ward is a member of the board of trustees of the Charles R. Wood Foundation, the board of directors of Proctors, and the Flower and Fruit Mission of Saratoga Hospital. She holds a bachelor’s degree from Boston University. 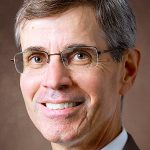 Cushing is executive vice president and chief operating officer of TrustCo Bank Corp, where he has held executive positions including chief financial officer. A member of the A 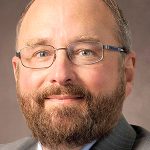 MC board since 2004, Cushing has served on numerous committees and was instrumental in the development of the medical center’s Patient Pavilion. He also has served on the boards of the Schenectady Foundation and his alma mater, Siena College.

Frisch is responsible for AMC’s relationships with affiliate physician groups and organizations, network development, managed care contracting, and risk management. He joined AMC in 1979 and has been part of AMC senior administration since April 1995, serving in positions including hospital system general director and head of the Division of General Internal Medicine at Albany Medical College. A graduate of Rensselaer Polytechnic Institute, Dr. Frisch earned his medical degree from Albany Medical College.

Datto (www.datto.com) is a disaster recovery organization based in Norwalk, Conn., but has an international presence with offices in five countries worldwide. It provides solutions in the disaster recovery space for the small to mid-size business as well as large enterprises.

Berkshire Hathaway HomeServices Blake announced that two of its real estate offices are under the exclusive leadership of their own broker-manager.

Blake Realty was founded in 1922 by Samuel E. Blake and in 1954 was incorporated as Blake Realty, Inc. In 1968 the first branch was opened in upstate New York and in 1970 divisions were developed to serve various segments of the business including residential, commercial, relocation, luxury, investment and development.

The shareholders of Saratoga Springs-based Flynn, Walker, Diggin CPA, PC, recently welcomed Serena Kirkpatrick as a shareholder in the firm.

An employee of the firm since 2005, and the manager of the firm’s accounting staff, Kirkpatrick oversees accounting and taxation issues for the firm’s business, nonprofit and individual clients. She has experience with audits, preparation of financial statements, and tax returns for clients in a broad range of industries, including construction, distribution, hotels, manufacturing, and professional entities.

In the government and nonprofit realms, she has worked with school districts, county fairs, and social clubs. She is a graduate of Siena College and lives in Milton. 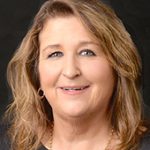 The Grand at Guilderland, a 127-bed nursing facility that provides rehabilitation and nursing services to patients who require either short- or long-term nursing care following hospitalization, has named Burnt Hills resident Michele Weber director of finance.

Weber will handle the facility’s day-to-day finances. This includes collecting payments for services, handling all residents’ funds and assisting families with Medicaid.

Weber, who has 30 years of experience in the field of long term care, previously worked in nursing homes and elder law firms. Prior to that, she owned her own business assisting families facing the difficult decision of placing their loved one in a nursing home. This included guiding them in handling their finances and filing necessary paperwork with the state Department of Social Services.

A graduate of Russell Sage College in Troy, she holds a degree in psychology and special education. She serves as a support group leader for the Alzheimer’s Association of Northeastern New York. 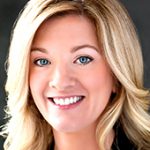 In addition to her board member duties, Knussman serves on the board’s development and property committees.