She will be responsible for all private event sales for Chianti Il Ristorante, Forno Bistro and Boca Bistro, all in Saratoga Springs.

Ippoliti began in the industry at Glen Sanders Mansion in Scotia. She studied hospitality management at Schenectady County Community College. During this time, she also began her sales career with the Mallozzi Group. While there, she was promoted to sales manager and off-premise catering director. Most recently, she worked as a sales manager for Mazzone Hospitality. 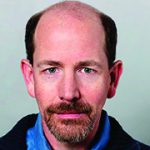 Davidow is familiar to Lake Theatre audiences for his onstage roles in “The Love List,” “Moonlight And Magnolias” and “The Complete Works Of William Shakespeare (Abridged).”  He also directed 2016’s “Almost Maine” and last season’s “The Great Kooshog Lake Hollis Mccauly Fishing Derby.”

Davidow has been a member of the Oberon Theatre Ensemble and Resonance Ensemble in New York City. His credits also include The Know Theatre in Binghamton; the Bickford Theatre in New Jersey; the New England Shakespeare Festival and The Great American Melodrama in California.  He is a member of Actors’ Equity, the union of professional actors and stage managers. 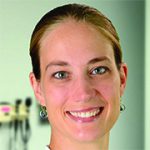 Dr. Wendy Mayes-Beasly has joined Saratoga Hospital Medical Group – Primary Care Galway, where she is one of four healthcare professionals who provide comprehensive medical care for patients of all ages.

She earned a medical degree from Baylor College of Medicine in Houston. After an internship and residency at Exempla St. Joseph Hospital in Denver, she completed the Greater Lawrence Family Health Center HIP (holistic, integrative, pluralistic) Fellowship for the Underserved.

Dr. Mayes-Beasly is board certified in family medicine. 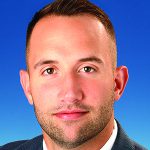 Duff was previously employed as a wealth management consultant with another firm in the Capital District, and has been a registered representative with securities registrations held with LPL Financial for over five years.

Duff is a certified financial planner and will be developing strategies on portfolio management, retirement income planning, estate preservation, and risk management concerns.  In addition, he will focus on assisting business owners with their unique needs for retirement plans, estate planning, and business continuity. 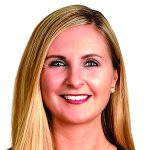 OrthoNY, which has four offices in Saratoga County,  named Michele Brinkman as its chief operating officer.

Brinkman has served as OrthoNY’s director of human resources since just prior to the practice’s formation from the merger of Northeast Orthopaedics and Orthopaedic Associates of Saratoga in 2013.

In this position, she enhanced employee relations, strengthened recruitment and retention efforts, and provided benefits administration for close to 300 staff members. Most recently, she coordinated the national search for OrthoNY’s new CEO and played a role in the group’s year-long leadership transition.

The Wesley Community announced that Meghan DiMeglio, MT-BC, has been appointed director of leisure services at Wesley Health Care Center, part of the senior living campus in Saratoga Springs.

She has extensive experience serving families and clients in all stages of life, and has implemented a variety of programming, activities and interventions which are educationally and developmentally appropriate to meet the specific goals of each person.

She is a graduate of Nazareth College of Rochester, where she received a bachelor’s degree in music therapy. She previously worked for the nonprofit organization CarePartners Health Services, located in Asheville, N.C., where she served as both a youth bereavement coordinator and hospice and palliative care music therapist.

Thomas J. Collura, partner at the law firm of Hodgson Russ LLP, was recently named a Fellow of The American College of Trust and Estate Counsel (ACTEC).

ACTEC is a national organization of approximately 2,500 lawyers elected to membership by demonstrating the highest level of integrity, commitment to the profession, competence, and experience as trust and estate counselors.

Collura is admitted to practice in New York and Florida and holds an inactive CPA license.  He practices in Hodgson Russ’s Albany, Saratoga Springs, and Palm Beach offices and is also a full-time lecturer and director of the M.S. in taxation program at the University at Albany.

Roohan Realty announced that Gary Squires has joined the company as a licensed real estate salesperson.

Squires is new to real estate sales, but has managed income property for many years and has hands-on experience with new residential construction, as well as major residential remodel projects.