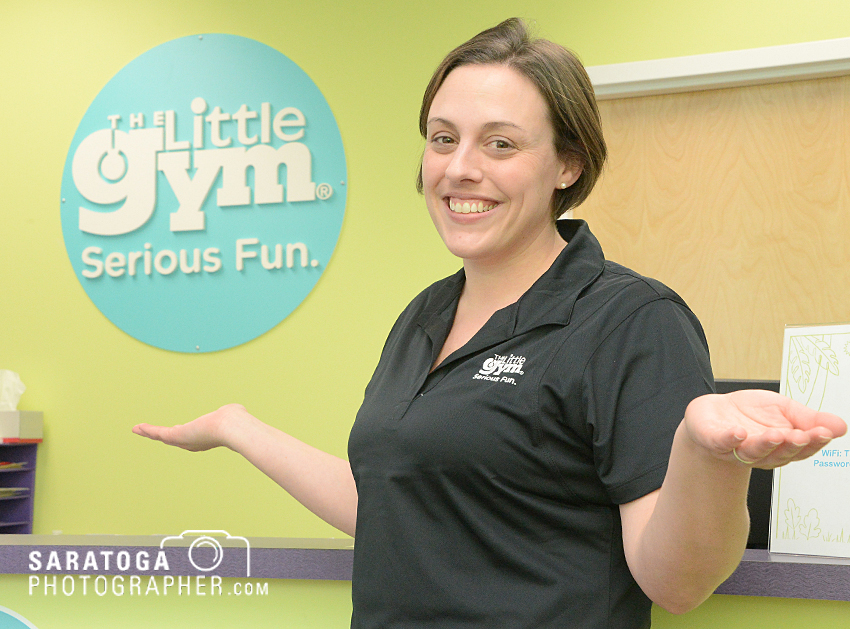 Kathryn Pellett opened The Little Gym of Saratoga at 2110 Ellsworth Boulevard in Malta, offering a fun and educational program for children that can help them get stronger, and build confidence.

Pellett, a mother of four young children, first experienced The Little Gym when she enrolled one of her sons at a facility in Loudenville, which was the closest location to her at the time. Though she was initially concerned about how the instructors would respond to her son’s autism and speech disorder, from the beginning she said she was put at ease. The instructors accommodated her son’s needs, allowing him to learn on his own terms.

“The classes are totally inclusive,” she said.  “Teachers understand this, and talk to the parents to figure out what’s best for each individual child.”

At first, her son preferred to watch the classes from the side. At home, he would demonstrate the moves he’d learned from watching. Eventually, he developed friendships with the other children, and began to actively participate in lessons.

After seeing the positive effects The Little Gym had on her son, Pellett decided to bring the system to families in the Saratoga area.

“My husband and I were driving over 30 minutes to get to another Little Gym. It was a misfortune that there wasn’t that benefit in this area. We wanted to do something really great for the kids here,” she said.

So far, Pellett said she has had a positive reception from the parents in the area, many of whom had either tried The Little Gym’s programs in the past, but couldn’t commit to the commute. Already, her franchise has 180 children enrolled.

Encouraged by her success so far, she and her husband hope to expand their curriculum later in the year to include karate and dance classes.

A large part of The Little Gym’s success is in their holistic approach to fitness.

Though the children enrolled in The Little Gym’s programs learn real gymnastics from trained instructors, the nature of the program is non-competitive. It doesn’t just teach gymnastics. The programs are built upon a philosophy of “three-dimensional learning,” where the children learn about teamwork, stretch their cognitive abilities, and build self-esteem.

Pellett said the idea behind this approach is that “while it’s great if someone’s an athlete, it’s better if they have good self-esteem.”

Parents get to participate in classes with children who are age 3 or younger. Pellett said the greatest benefit to parents is having a safe and fun place to bring their children a few times a week so they can run errands, or even socialize with other parents.

The Little Gym even has a “parent survival night” once a month, where parents can drop their children off for three hours to enjoy an evening off.

On weekend afternoons, children can also have birthday parties at the location, which offers options including themed decorations and an hour in the gym learning gymnastics.

Pellett is also working to open up a second facility in the Aviation Mall in Queensbury in order to bring The Little Gym to an even wider audience in the area.

The Little Gym of Saratoga is open from 9 a.m. to 7 p.m. Monday through Thursday, and from 8:30 a.m. to 1 p.m. Saturday and Sundays. There are classes for children from 10 months old to 12 years old, with new classes starting every season.