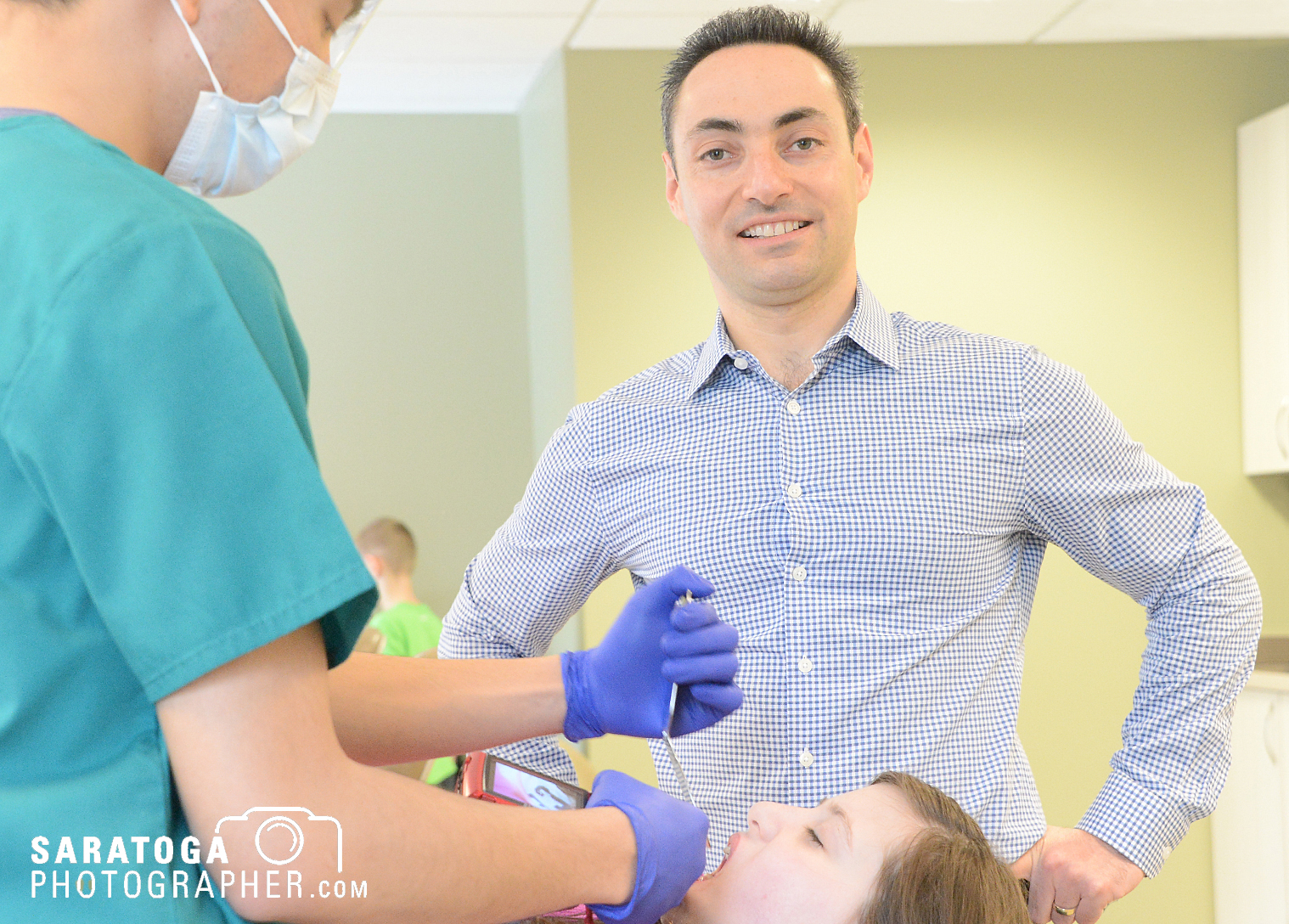 “The first office in Clifton Park was small. After my residency, I didn’t have the resources,” said Berenshteyn. “But our third office is twice the size of the first.”

In only five years the staff has increased to 10 and he has added another doctor to the practice. To date, he said he has served 2,500 patients and used 10,000 feet of wire improving patients’ smiles.

Expanding again is always a consideration, he said. As a doctor-operated local practice, when he adds a doctor to the practice he wants them to stay. He will be adsorbing an orthodontics practice of another doctor. In doing so, the doctor and his staff will become employees of Berenshteyn.

Berenshteyn said he owes the expansion and success of the practice to three factors: his accommodating manner, state-of-the-art technology and a growing demand for invisible braces.

When he located to Clifton Park following his training and board certification in general orthodontics and dental surgery, he settled where his market research directed him: the office near Shenendehowa schools.

Because he cares about the community, each year he fits members of the Shen hockey team with custom mouthguards at no charge. He also gets involved in charity walks, road races, health science fairs and other school and community causes.

He said his commitment to patients involves families, not just the kids. He makes it convenient for parents to participate by taking appointments up until 6 p.m.

“Parents came come into the treatment area with their kids and we just talk,” said Berenshteyn. “We are on the same page because parents monitor what their kids do. Being in the room creates an awareness for the parents of what happens to the teeth while wearing braces.”

Parents are also “just as impressed as the kids” with the scanning technology the firm is using that replaces old-fashioned molds, he said.

“Traditional molds were good, but the high-tech way is more accurate,” he said. “The new equipment scans the teeth in minutes and produces 3D digital images of how the teeth and bite look as braces move them into position.”

At his practice, the digital scanner is used for all the dental appliances made there: braces, retainers and invisible aligners. Clifton Park Braces and Adirondack Orthodontics is one of the biggest providers of Invisalign brand clear aligners in the area.

“Many people are under the impression that since everyone offers Invisalign treatment, it does not matter whom they choose as their treating doctor,” he said. “That couldn’t be farther from the truth. The orthodontist designs a treatment plan to fit the patient’s lifestyle and needs using his knowledge and skills.”

Times have changed, he said, and the number of patients of all ages seeking orthodontic treatment is on the rise. “Of my Invisalign patients, 70 percent are adults and 30 percent are teenagers. But 99 percent of the kids want braces,” he said.

Quality and continuity of care is important to Berenshteyn.

“Many orthodontic students graduate with hundreds of thousands of dollars in outstanding loans and with little financial opportunity to go into private practice,” he said. “So many join the big chains, work a few years, and move on after they have paid down some debt.

“But the orthodontic process can take 18 months, so there could be several doctors working on one patient,” he said. “While good care can be assumed, there is a lack of continuity of care.”