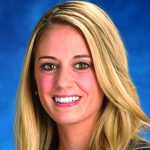 Her previous experience includes working as a judicial intern for Mae A. D’Agostino, U.S. district judge for the Northern District of New York, and Michael J. Garcia, associate judge of the state Court of Appeals. Levine was previously a summer associate at the firm. 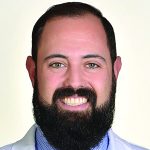 Horn will be working on more than 10 land projects currently underway, as PLAN expands its efforts to conserve land in Saratoga County.

Prior to joining PLAN, Horn worked in a variety of roles at the General Electric Co., most recently as pricing manager in the renewable energy business.

A doctor of osteopathic medicine, Speert has specialized training in interventional spine and sports medicine and is board certified in physical medicine and rehabilitation. Prior to joining OrthoNY, he completed a fellowship at Orthopaedic and Spine Specialists in York, Pa.

Speert received his medical degree from Rowan University (formerly known as the University of Medicine and Dentistry of New Jersey). Following a one-year internship at Rowan, he was in residency at Rutgers-New Jersey Medical School/ Kessler Institute for Rehabilitation for three years.

Alison Blessing, CPA, with over 20 years of leadership experience in public and private accounting, has been named as the Teal, Becker & Chiaramonte, CPAs, PC’s third administrator in over 45 years.

While Michele Auricchio is finishing her career pending a late June retirement, Blessing will learn the position, drawing specifically on her roles as a principal at another CPA firm, the company said.

Blessing graduated with a bachelor of business administration in accounting from Siena College. Before joining TBC, she was most recently the chief financial officer of the New York State School Boards Association. Her experience prior to that in public accounting includes performing audits, compliance audits, reviews, compilations, and attestation engagements for municipal, for-profit, and nonprofit entities.

She was a previous board member and treasurer of the Food Pantries of the Capital District, and was also an at-large member of the state Government Finance Officers Association board of governors from 2012-16.

Outside of work, he and his family founded Play It Foreward 518 Inc., a nonprofit that raises funds to support Make-A-Wish NENY and the Melodies Center for Childhood Cancer at Albany Medical Center.

His family established this special fund to support diversion activities for the children and their families that are receiving treatments at the Melodies Center during their time of need.