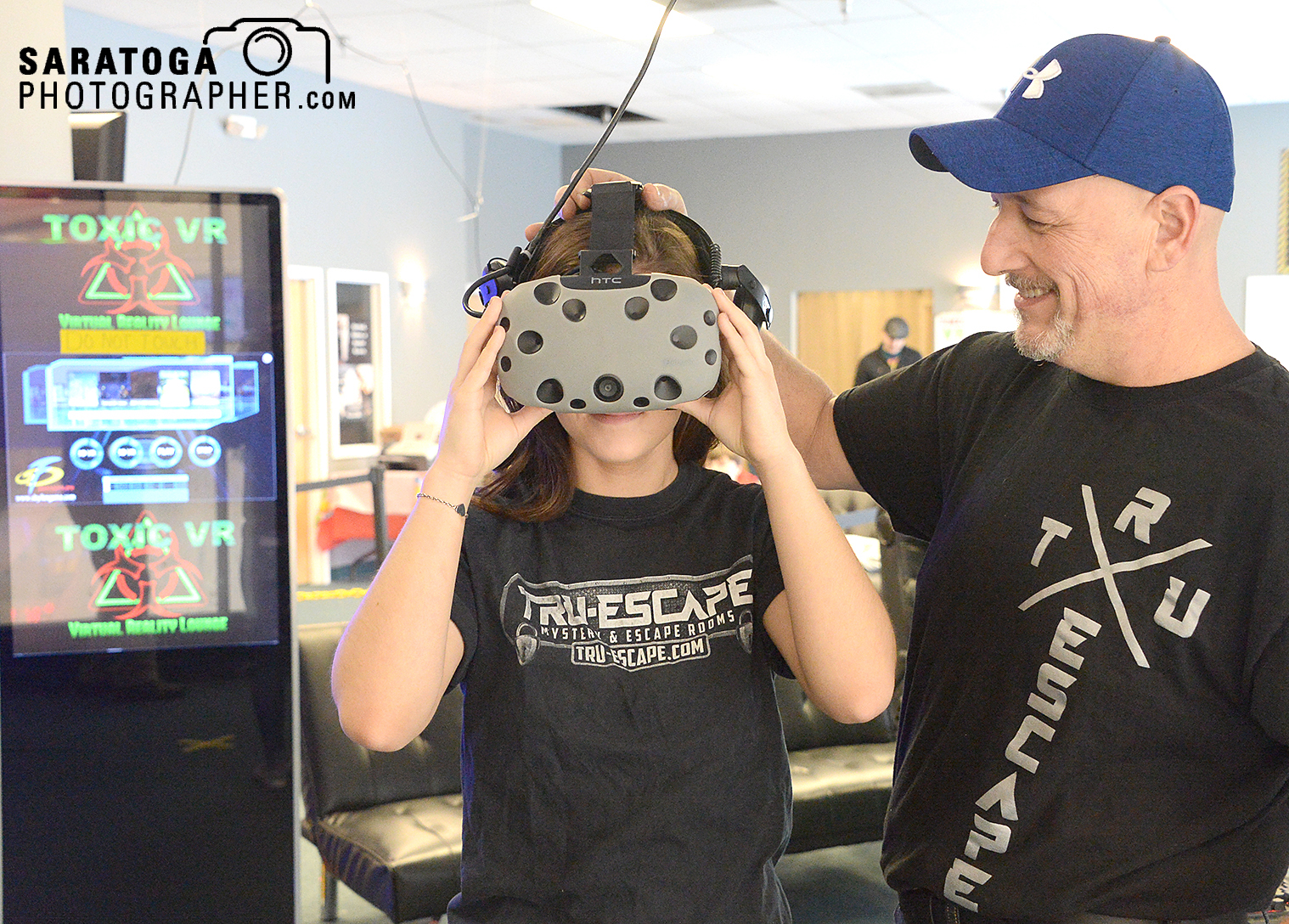 People from age 8 to 86 have walked through Donn Delane’s doors of Tru-Escape, located in Rotterdam, Queensbury and now Clifton Park.

The Clifton Park Country Mall location is off to a solid start, according to Delane who opened the third location just a few weeks ago.

“It truly is such a fun outing for all ages. You really meet a lot of interesting people, it’s been great,” said Delane.

Escape rooms are described as live-action, team-based games where players discover clues, solve puzzles and accomplish tasks in a themed room. The object to accomplish a specific goal in a set amount of time, in this case an hour.

Delane said he and his daughter, Rachel, work together to run all three locations.

He said the past few months has been an adventure of building these mysterious rooms that offer themes such as Crisis in Customs, the Missing Starlet, and the Sherlock Holmes Murder Mystery room.

Tru-Escape customers can expect a 60-minute experience where they follow clues that help them navigate their way out. At times, people may need help in finding clues, so a game master watches and assists when needed.

Tru-Escape is run alongside Delane’s other business, Toxic VR, a virtual reality lounge that recently moved into a larger unit in the mall. Tru-Escape is located directly across from the food court and has a separate outdoor entrance

“It is perfect for parties. Kids can get something to eat right in the food court and then walk over to us,” said Delane.

In the future, the Tru-Escape Clifton Park location may even expand to have five or six escape rooms available, he said.

The cost is $28 per adventure and it is recommended for ages 10 and older. Tru-Escape and Toxic VR can host groups, including options for birthday parties and team building events. The number to the Clifton Park location is (518) 621-5149. More information is available online at tru-escape.com.