Vecsey was a news reporter and later a sports columnist for many years in Albany, Seattle and Baltimore, covering the Olympics, Major League Baseball, the NFL, NBA and collegiate sports. She’s also been a political columnist and has worked at online ventures like Examiner.com, Zillow and StreetEasy, developing content around news and real estate sites.

Holly DeKleine has joined NEPROMO, an advertising company in South Glens Falls,  as an account executive.

DeKleine has 12 years of outside sales experience. Her outside activities include volunteering at the Adirondack Regional Chamber of Commerce and attending community events

DeKleine’s activites with NEPROMO in the promotional products industry include helping businesses find solutions to promote and grow their business.

The Patient Experience Project (PEP), a patient-centric marketing and communications agency in Saratoga Springs, announced the addition of Whitney Hamilton as an account supervisor.

Hamilton received a bachelor of arts degree in communications studies with a concentration in public relations from Canisius College in Buffalo. 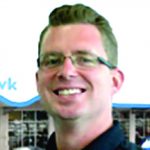 Mohawk Honda President Jeff Haraden announced that Andrew Guelcher of Clifton Park has been selected as general manager of the dealership at 175 Freeman’s Bridge Road, Glenville.

Guelcher, who previously served as director of variable operations, joined Mohawk Honda in 2015 after more than 12 years of executive auto industry experience in Pennsylvania.

He replaces Nick Bonarrigo, who served as GM for the past several years.

Guelcher will oversee all operations and manage a staff nearly 200. 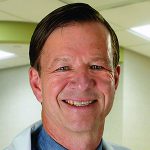 The practice is located in the recently expanded space in Saratoga Surgery Center on Saratoga Hospital’s Wilton campus.

Dr. Van der Riet comes to Saratoga Hospital from the Bassett Healthcare Network in Cooperstown. He has more than 15 years of experience treating conditions that affect the ears, nose, sinuses, throat, face, jaws and other head and neck systems.

He earned his medical degree from Leiden University in the Netherlands and completed an internship and residency at Duke University Medical Center. He is board certified by the American Board of Otolaryngology – Head and Neck Surgery.