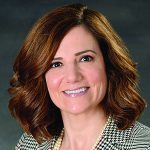 D’Angelico joined Adirondack Trust in December and is responsible for the administration, growth and efficient operation of the bank’s retail network.

Active in her community, D’Angelico serves as an executive board member and finance chair for the Adirondack Regional Chamber of Commerce. Additionally, she serves on the Tri-County United Way Board and Queensbury Community Scholarship Association.

She resides in the Queensbury area. 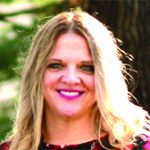 Shelters of Saratoga (SOS) board of directors named Karen A. Gregory to lead the agency as the new executive director.

A veteran of nonprofit leadership for the Columbia-Greene Domestic Violence Program, Gregory has held public and private sector roles throughout her career of more than 20 years.

She has experience in nonprofit and public service agencies and corporations. As executive director of the Columbia-Greene Domestic Violence Program, Gregory led the agency through its growth with the acquisition of two agency-owned shelters and two transitional apartment buildings.

In addition to her nonprofit experience, Gregory served as a law enforcement officer for five years. Most recently, she served in an operational leadership role for Target Corp.

Gregory attended SUNY Stonybrook and Zone 14 Police Academy. She is currently pursuing a degree in educational psychology. She has remained committed to human services through her volunteerism at St. Paul’s Center in Rensselaer and the YWCA in Troy.

In 2017, Gregory received the Resourceful Women’s Award from the YWCA of the Greater Capital Region recognizing her community and professional efforts for advancing the empowerment of women and girls. 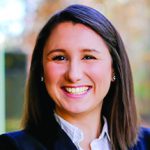 She will provide support for a host of programs and services designed to promote Saratoga County as a prime location to attract new jobs and businesses, and to enable the retention and expansion of existing companies.

Kelley joins the Saratoga Partnership following an internship at C.T. Male Associates, where she assisted with a variety of business development and marketing initiatives.

A graduate of Corinth High School, she received her bachelor’s degree in government and African studies at St. Lawrence University. She was awarded the Augsbury North Country Scholarship, as well as the First Year Swahili proficiency certificate by the Department of Modern Languages & Literatures.

She received her master’s degree in international affairs and African studies at Boston University. As part of her program, she travelled extensively throughout Africa, learning about different governance structures, cultures, communities and local traditions. She also wrote an article, “The Evolution of Pro-Femmes/Twese Hamwe: Women, Peace, and Political Development in Rwanda, 1992-Present Day,” which was published in The Pardee Periodical – Journal of Global Affairs.

Brittany Rando of Clifton Park has joined the Mechanicville Area Community Services Center as a nutrition counselor and educator intern.

She has a B.A. degree from SUNY Cortland in exercise science and an M.A. degree in nutrition science from Syracuse University.

The coaches she refers to were her basketball coaches with the SUNY Cortland basketball program, where she was a four-year letter-winner in basketball and a team captain her senior year at Cortland.

Joe Sciacca, editor-in-chief of the Boston Herald, was named to oversee the editorial operations of seven daily newspapers in Digital First Media’s Northeast Cluster, including the Saratogian.

Sciacca joined the Herald in 1983 and became editor in chief in 2010. He has four decades of daily newspaper experience as a reporter, political columnist and editor, starting out as a correspondent for The Sun and reporter for the Eagle-Tribune of Lawrence, before moving to the Herald.

He was awarded the Fitzwater Medallion for Leadership in Public Communication awarded by Franklin Pierce University, which selected him as visiting fellow this year. 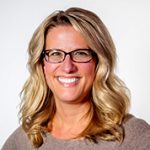 The Patient Experience Project (PEP) in Saratoga Springs announced the addition of Stacey Thomas as a senior project manager.

The company also hired Will Crain as an associate creative director.

In her new role, Thomas will be responsible for planning, managing, and executing campaign workflow to ensure all facets of projects are carried out on time.

She has a diverse background in project management with 10-plus years of experience in creating strategic and effective solutions across multichannel platforms. Previously, she held positions at Palio, inVentiv Health Managed Markets, and Mosaic Wealth Strategies Group, Ltd.

Thomas attended the College of Saint Rose in Albany.

Crain will lead art design for many of the agency’s brands and clients, including print, digital, interactive, and interface design.

Crain is a collaborative and experienced creative leader with a deep background in healthcare. Prior to joining PEP, he worked as a creative lead at Fingerpaint and held positions as a senior rich media designer and team leader at Media Logic. In his previous roles, he worked with internal teams and clients to produce strategic solutions for successful branding initiatives and tactics.

Crain is a graduate of the College of Saint Rose in Albany, where he earned a bachelor’s degree in graphic design. 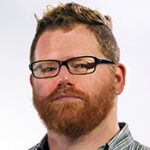 Dr. Casian Monaco, a plastic and reconstructive surgeon with fellowship training in microsurgery, is now a member of the Saratoga Hospital medical team.

He is one of a growing group of physicians who provide specialized care at Saratoga Hospital through its affiliation with Albany Med.

He earned his medical degree from NYU School of Medicine in New York City and completed residencies in general surgery and plastic surgery at NYU Langone Medical Center. He went on to complete fellowship training in microvascular surgery at the David Geffen School of Medicine at UCLA in Los Angeles.