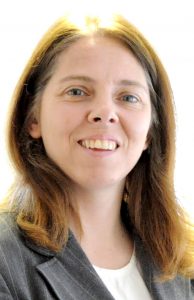 By Tammy J. Arquette, Esq.
Small business owners typically put in many hours per week to operate and sustain the success of their company. They make investments of money, time and sweat equity.
They take on debt. And they utilize various experts to assist in the operation of the business, from accountants and lawyers to insurance and real estate professionals. Statistically, 50 percent of all marriages end in divorce, but when you add the stress of building a business, the strain on the marriage may be too much to bear.
Sometimes the best offense to protecting business asset is a good defense planned out when circumstances are still favorable and amicable. A classic example is the effect of a divorce on a small business.
The Domestic Relations Law defines marital asset as “all property acquired by either or both spouses during the marriage and before the execution of a separation agreement or the commencement of a matrimonial action, regardless of the form in which title is held, except as otherwise provided” in a separation agreement. This means that a business venture that is started during the marriage is subject to equitable distribution in the divorce process.
And a business that was commenced before the marriage is also at risk to the extent that it appreciated in value during the marriage.
The case of Mack v Mack decided in the Appellate Division, Third Department on Feb. 21, 2019, is a recent example of the risks to business owners in a divorce. In that case, the husband owned a business prior to marriage and remained its sole shareholder, but during the marriage the husband lent money to the business to the tune of $200,000.
The court held that the loan owed by the business to the husband was a marital asset for which the wife was entitled to distribution. Additionally, the husband utilized assets from his pre-marital company to fund a second company started during the marriage.
The court held that, although the proceeds from the separate property business were used, the new business was nonetheless marital property because the parties had treated the assets of the new business as though owned by them personally, and because the wealth created by the pre-marital company was created by the husband’s efforts during the marriage and he extracted money from the separate property business as he liked. And lastly, the husband started a third business during the marriage which was created to hold an IRA that was funded from moneys he rolled over from a separate property premarital 401-k.
However, because the husband failed to show proof at the trial as to the source of the moneys, he failed to meet his burden of proving this third business was not marital.
In short, the husband in the Mack case failed to protect his separate property assets from inclusion in the equitable distribution of the divorce. What could he have done to protect these assets? There are a number of options that he had to avail himself of prior to the commencement of the divorce.
Pre-nuptial agreements are written legal agreements between soon to be married persons that sets forth matters such as what may be considered separate property after marriage and in the event of divorce, and specifically address issues such as appreciation in value during the marriage, the use of said separate property to acquire additional property, and the assignment of debt. The agreement can address not only then-existing assets, but also assets that may be obtained in the future.
Post-nuptial agreements are written legal agreements signed by spouses after they have already been married but before any divorce action is contemplated. A post-nuptial agreement can address all of the same issues as a pre-nuptial agreement. It is used not only as an after-thought when the pre-nuptial agreement was not done, but also when a new asset is about to be acquired, such as when a person is about to be added to the family business ownership, or a partnership business venture is about to be started.
Another option could be to transfer the assets into an asset protection trust. However, there are many complications and restrictions in doing this. Utilizing an experienced and trusted estate planner is recommended. Or creating a buy-sell agreement, which makes arrangements for what happens to the business in the event of a change of ownership, might protect the business from take-over or co-ownership with the divorced spouse.
And, as a lesson learned in the Mack case above, the separate property character of the business can be compromised during the marriage. The business owner should keep already pre-marital separate property assets truly separated from marital taxes and marital finances. The owner should limit the contributions to the business made by the spouse. And the owner should make sure that he takes a salary from the business rather than simply using the business checkbook to pay personal expenses. And lastly, keeping all transaction records organized and in a safe place, are key to proving the separate property character of the business assets when the time arises.
As business owners plan for the success and growth of their company, they also need to plan for the possible pitfalls, which include the possible consequences of divorce. Consultation with an experienced and qualified matrimonial attorney should be on the checklist of professionals to consult.