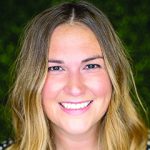 Discover Saratoga announced the hiring of MacKenzie Zarzycki and Alyssa Aufiero and the promotion of Kayla Weitz.
Zarzycki joins the team as director of marketing and communications. She is responsible for planning, directing and coordinating the bureau’s marketing efforts. Her responsibilities also include website management, public relations and social media.
Previously, Zarzycki worked as communications manager at DeCrescente Distributing Co. where she oversaw all internal and external communications. She graduated with a master’s degree in public relations from Quinnipiac University. She currently serves on two local boards: Leadership Saratoga 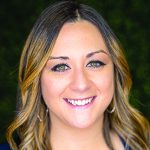 Alumni Association and COESA. She is also part of the SPAC Junior Committee.
Aufiero, joins the team as wedding and sales manager. She brings with her more than five years of experience in the event management and hospitality industry. Most recently, Aufiero worked as the sales manager for the Courtyard by Marriott and Excelsior Springs Event Center where she focused primarily on the wedding market and social events.
She graduated with a bachelor’s degree in communication and business from the University of Albany. She is an active member of the MPI Upstate New York Chapter, where she currently serves on the communications committee. 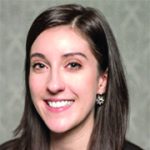 Weitz was promoted to director of convention services. She started at Discover Saratoga as wedding market manager – sales coordinator and was promoted to director of weddings and sales events, where she serviced the wedding, corporate and education markets as well as assisted with internal sales events.
Before working at Discover Saratoga, Weitz worked at The Sagamore Resort, The Otesaga Resort and The Saratoga Hilton. She graduated with a bachelor’s degree in hospitality and tourism management and a bachelor’s degree in fine arts in theatre performance from Niagara University. 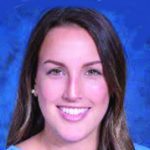 Roohan Realty announced that Sophia Constantine has joined the team as a marketing assistant/photographer.
Constantine grew up in Niskayuna, graduating from Niskayuna High in 2015. She received her Bachelor of Science degree in marketing from The College of Saint Rose.
She was a four-year student athlete for the soccer team, the Golden Knights, and attended the NCAA Division II tournament three out of four years.
Constantine formerly worked at Northeastern Fine Jewelry, where she pursued digital marketing and found her passion for professional photography. 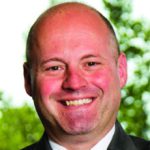 Bond, Schoeneck & King announced that Michael D. Billok of the firm’s Saratoga Springs office was recognized in the 2019 New York Super Lawyers Upstate Edition in the category of Employment and Labor.
Billok regularly represents employers in state and federal court, defending against actions alleging violations of employment laws such as the Americans with Disabilities Act (ADA), Age Discrimination in Employment Act (ADEA), Title VII of the Civil Rights Act, including class actions, as well as collective and class actions under the Fair Labor Standards Act (FLSA) and New York Labor Law (NYLL).
Super Lawyers magazine lists New York’s top lawyers who have been chosen by their peers and through the independent research of Law & Politics magazine. Law & Politics, which performs the polling, research and selection of attorneys to be included in Super Lawyers magazine, identifies lawyers who have attained a high degree of peer recognition and professional achievement. 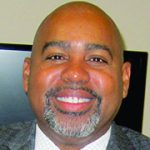 Alliance Worldwide Investigative Group in Clifton Park announced the addition of Mark Moore as senior account executive.
He will primarily focus on employment and tenant background screening services throughout the U.S.
Moore has started and sold several companies over the past 25 years. His largest ventures were in the employment screening industry including Total Information Source (TIS) and Public Data Works (PDW) which were both sold to larger companies.
Moore has served on the boards of Piedmont Advantage Credit Union and Piedmont Triad International Airport. He attended DeVry Institute of Technology where he studied Computer Science and successfully completed the Leadership Winston Salem program. 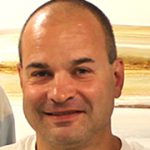 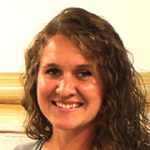 The American Heart Association’s Heartsaver Hero award recognizes passersby that have stepped in to perform cardiopulmonary resuscitation (CPR) during an emergency. Nominations for the award are welcome on behalf of those who have done their best to help save a life through bystander CPR, regardless of training or 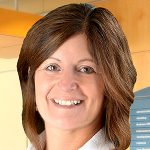 Kimberly Leon was named director of specialty practices for the Saratoga Hospital Medical Group.
In this role, she will assume operational oversight for the medical and surgical specialty practices and will work closely with all members of the medical group’s administrative team.
Prior to joining the hospital, Leon was the compliance and risk officer/privacy officer at New York Oncology Hematology–Cancer Center in Clifton Park. Her responsibilities included managing all audits throughout the organization including billing, compliance, legal and privacy preventions, as well as working closely with providers in staying compliant with documentation, coding, legal requirements, and medical record requests.
Leon held leadership positions with Quad Medical and Upstate University Hospital and was the Chief Operations Officer for a large Radiology Group in Central New York. Leon holds a Master of Science degree in healthcare administration.
She resides in Glens Falls. 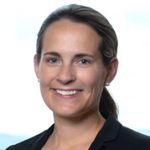 Whiteman Osterman & Hanna LLP has welcomed Katherine Herlihy back to the firm as a partner.
Herlihy rejoins Whiteman Osterman & Hanna after serving as general counsel for three years at the Life Insurance Council of New York (LICONY). Prior to joining LICONY, she was an associate at Whiteman Osterman & Hanna from 2008 to 2016.
Herlihy concentrates her practice in all facets of government relations representation and represents clients in legislative and regulatory matters before the State Legislature and Executive Chamber, as well as various state agencies including the Department of Financial Services, Department of Health, State Education Department, Department of Environmental Conservation, Workers Compensation Board, and State Liquor Authority.
She also advises clients on campaign finance and lobbying law compliance.
Herlihy earned her Juris Doctor from Fordham University School of Law. Prior to law school, she graduated cum laude from Amherst College. She is admitted to practice in New York and the U.S. District Court, Northern District of New York, and is a member of the New York State Bar Association, the Adirondack Women’s Bar Association and the Warren County Bar Association.
Herlihy is also a member of the Board of Trustees of the Glens Falls Hospital Foundation. She resides in Queensbury. 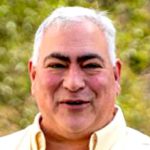 The Thoroughbred Retirement Foundation (TRF) announced the addition of Dr. Nicholas Meittinis, DVM, to the board of directors of the Thoroughbred Retirement Foundation.
Meittinis is a Maryland-based equine veterinarian who is president of the North American Association of Racetrack Veterinarians (NAARV). The TRF Board provides leadership for carrying out the foundation’s mission to save Thoroughbred horses no longer able to compete on the racetrack from possible neglect, abuse and slaughter.
In 1990, one year after receiving his degree from Cornell University, Meittinis established the Pimlico Equine Service as a sole practitioner at Pimlico and Laurel racetracks. Five years later, he created the Maryland Veterinary Group LLC.
He expanded his practice to include full coverage of the racing meet at Colonial Downs in Virginia, and recently has expanded coverage to include the Fair Hill Training Center in Maryland. He also serves on the Maryland Racing Commission’s Medication Committee. Recently, he participated in the American Association of Equine Practitioners Racing Task Force and the AAEP Racing Committee. He also served on the Veterinary Advisory Board of the Marion DuPont Scott Equine Medical Center in Leesburg, Va.

Hodgson Russ announced that Noah Shaw, former general counsel and secretary of the board of directors at the New York State Energy Research and Development Association (NYSERDA), has joined the firm as a partner and co-chair of the Renewable Energy Practice.
Shaw concentrates his practice on renewable energy, sustainable development, cleantech, land use, economic development and related energy matters.
He will work out of the Saratoga Springs office, also working regularly out of the Albany and New York City offices.
Shaw provides broad legal and strategic advice regarding the state’s renewable energy and energy efficiency initiatives, including the recently passed Climate Leadership and Community Protection Act, the state’s Offshore Wind and large-scale wind programs, solar, energy storage, efficiency and clean transportation programs.
Prior to joining NYSERDA, he was senior advisor to the general counsel at the United States Department of Energy.
The firm also announced that Laurence Fox and Edward Kowalewski Jr. have joined the Saratoga Springs offices.
Fox handles contract drafting and negotiation, contract administration, bidding issues, surety matters, disputes, claims, administrative reviews, settlements, trials and appeals in state and federal courts, mediations and arbitrations. He is a former assistant attorney general in the Contract Litigation Unit of the NYS Department of Law.
Kowalewski’s practice involves commercial and contract law, together with construction law and litigation. He represents heavy highway, building and mechanical trade contractors, subcontractors, suppliers, developers, lenders, and public and private owners.

Eileen M. Angelini is the new associate dean of SUNY Empire State College’s School for Graduate Studies.
Angelini joins the college from East Carolina University, where she was the David and Julian and Virginia Suther Whichard distinguished visiting professor in the humanities.
She will lead the academic operations of the School for Graduate Studies. Her responsibilities will include oversight of faculty recruitment, professional development, and review; academic program review and accreditation, and participation in strategic initiatives and budget planning.
She previously served as professor and chair of the Department of Modern Languages, Literatures, and Cultures at Canisius College; as associate professor and director of the Foreign Language Program at Philadelphia University; and on the faculty at Université Lumière Lyon 2 and Université Jean Moulin Lyon 3.
She holds a Doctorate and Master of Arts in French studies, both from Brown University, and a Bachelor of Arts in French from Middlebury College. She is both a Fulbright Scholar and a Chevalier dans l’Ordre des Palmes Académiques.