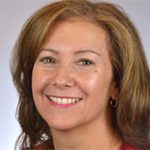 Occhiogrosso will be responsible for working with business clients to address and solve their HR challenges.

Occhiogrosso brings over 30 years of HR leadership experience to her new role. She is experienced in all facets of HR including employee engagement, HR department operations and performance metrics, labor relations, compensation, recruiting, compliance, and benefits.

Occhiogrosso is a senior certified professional through SHRM and holds HRCI designation as a senior professional in human resources.  She is an HR Committee volunteer for Capital Roots, is a current member of the Steering Committee for HR Executive Briefings, Saratoga Chamber HR Advisory Council, and is a former board member of the New York Employee Benefit Conference. 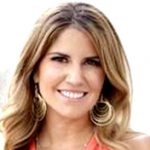 In this role, Tegnelia will manage the publishing, financial and editorial components of Saratoga Living and Capital Region Living magazines. She will work closely with journalists and ad teams, and continue leading the publishing company’s expansion into events and custom publishing for city non\profit groups.

A veteran of both local and national magazine leadership, Tegnelia has run the financial and publishing side of Saratoga Living for a year.

She has a master’s degree in journalism from Columbia University and she wrote for and edited national publications before transitioning to editorial leadership at multiple outlets. Prior to Saratoga Living, she ran a successful marketing and business development agency in Silicon Valley, Calif. 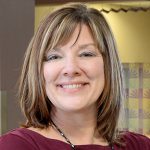 Saratoga Hospital has promoted Sharman Lisieski to the new role of administrative director of surgical services. She now has direct responsibility for Saratoga Hospital surgery departments, including sterile supply, gastrointestinal services and Saratoga Surgery Center, which is located on the hospital’s Wilton campus.

Lisieski has extensive surgical nursing and management experience. She has spent her entire nearly 30-year nursing career at Saratoga Hospital in positions of increasing responsibility and impact. Most recently, Lisieski was director of the operating room and preoperative and post-anesthesia care units.

Lisieski came to Saratoga Hospital in 1990 as a staff nurse in the orthopedic unit. Four years later, she joined the surgical nursing team. She played a key role in Saratoga Hospital’s successful effort to become the Capital Region’s first hospital to earn the prestigious Magnet designation for nursing excellence—a distinction the hospital has maintained since 2004. She also was involved in the design and development of the Surgical Pavilion that opened in 2015. As a member of numerous hospital committees, Lisieski influences policies and practices for infection prevention, pharmacy and therapeutics, the surgical experience and care environment.

Lisieski’s accomplishments have earned her the Nursing Excellence in Administration/Management Award from the state Nurses Association and Saratoga Hospital’s Spirit Award. She is a member of Sigma Theta Tau, the Association of Operating Room Nurses, American Society of PeriAnesthesia Nurses, New York Organization of Nurse Executives and Leaders, and Northeast New York Professional Nurses Organization.

A graduate of Adirondack Community College, Lisieski has a bachelor’s degree in nursing from Russell Sage College in Troy. She has been a certified perioperative nurse (CNOR) since 1996. 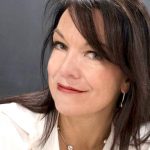 The Saratoga Springs Preservation Foundation added three new members to its board of directors.

Jaime Butler-Binley is the owner and president of Brand 21, a brand and marketing consultancy in Saratoga Springs. With a BFA from Syracuse University in advertising and communication design, her career began in New York City where she developed campaigns for several top agencies. She returned to Saratoga Springs where she was group creative supervisor for Palio Communications before founding her own business B-Squared Integrated Marketing.

In 2008 she co-founded Fingerpaint Marketing where she served as global creative director. 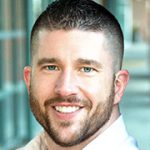 Prior to establishing his own firm in 2006, Kyne worked for American Express Financial Advisors.

He is a board member of several nonprofit organizations, including Saratoga Springs Rotary and its Education Foundation, Boy Scouts of America’s Camp Wakpominee Alumni Association, and Friends of Camp Little Notch 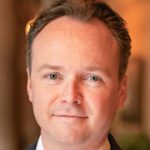 Bill McCarthy Jr. is senior vice-president of Bolton St. Johns, a government relations and public affairs firm with offices in Albany and Buffalo.

A graduate of RPI and Albany Law School, he worked as counsel and policy advisor for the state Senate and as assistant attorney general. In this latter position, he represented the state in both state and federal courts. Before joining the lobbying team at Bolton St. Johns, he served NYRA as assistant general counsel, where he managed relationships with legislators, the New York State Gaming Commission, and other state offices on horse racing-related issues. 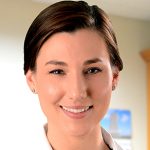 A graduate of SUNY Buffalo, Kidd earned her doctor of osteopathic medicine degree from Lake Erie College of Osteopathic Medicine in Pennsylvania. She completed a residency at Albany Medical Center and is board certified in family medicine.

Fuster is experienced in treating patients of all ages. He comes to Saratoga Hospital from Oviatt Hearing and Balance, a private practice in Syracuse. 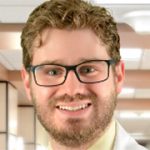 Colette Broestler has joined the Grant Cottage team as manager of marketing and development.

Colette will be managing membership and donor relations as well as marketing efforts.

Since moving to Queensbury, Broestler has worked with The Hyde Collection in Glens Falls as the external affairs associate.