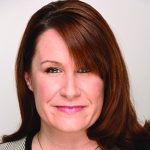 DeAngelus Goralczyk, PLLC (DG Law) announced that Rebecca Borden has joined the firm.
Borden brings over two decades of experience in practicing law, with a concentration in the areas of commercial and residential real estate, banking and corporate law, and title insurance clearance and curative matters.
Borden received a Bachelor of Arts, magna cum laude, from Skidmore College in 1995. She earned a Juris Doctorate from Northeastern University School of Law in 1998.
Her work history includes handling all aspects of loss mitigation foreclosure alternatives on both commercial and residential properties, including handling title claims and title curative work. Additional areas of practice include zoning and land use, condominium law and formations, and business and banking law and commercial transactions.
She is admitted to practice in New York, Maryland, Massachusetts, Pennsylvania and Vermont. She is a licensed title agent in Colorado, Delaware, Florida, Georgia, Illinois, Maryland, New Jersey, New York, Ohio, Pennsylvania, Vermont and Virginia. She is also a member of the American Bar Association and the New York State Bar Association. 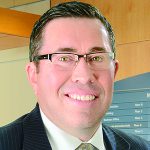 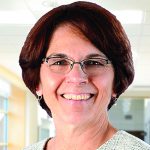 A graduate of Le Moyne College in Syracuse, Methven has an Executive Master of Business Administration degree from the William E. Simon Graduate School of Business Administration at the University of Rochester. He serves on the boards of the Saratoga County Economic Opportunity Council and Saratoga Regional YMCA and is a volunteer coach with the Old Saratoga Athletic Association.
As vice president of human resources, Dreimiller oversees all major human resources functions, including recruitment, employee relations, benefit administration, training and leadership development and compensation. She also is responsible for employee health, volunteer services and pastoral care.
Dreimiller, of South Glens Falls, joined Saratoga Hospital in 2009 as director of human resources and was named associate vice president of human resources in 2017. Previously, she was the vice president of human resources at Glens Falls Hospital for 17 years.
A graduate of the State University of New York at Albany, Dreimiller has a Master of Business Administration from Rensselaer Polytechnic Institute. She also holds the most advanced human resources credential, Senior Professional in Human Resources.
Dreimiller has served as president of Shelters of Saratoga and the Warren-Washington-Saratoga Employee Assistance Program and as chairperson of the Saratoga-Warren-Washington Workforce Investment Board. In addition, she has served as secretary of the Adirondack Chamber of Commerce and as a member of the Adirondack Business to School Partnership, Saratoga County Community Services Board and the Domestic Violence and Rape Crisis Center. 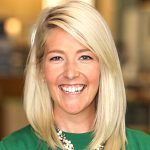 CAP COM Federal Credit Union, which has offices in Malta and Clifton Park, has hired Becky Daniels as the credit union’s director of community engagement.
She will bring a depth of experience in her role on the community relations team lead by Susan Rosko Fogarty, CAP COM’s chief relationship officer.
Daniels will oversee community relations efforts consisting of CAP COM School Banking, CAP COM @ Work, public relations and the CAP COM Cares Foundation. She will also lead the CAP COM Cares Foundation board of directors in a key officer position as vice chair to ensure alignment of foundation bylaws, plans and vision.
Daniels joins CAP COM after serving as executive director of Discover Schenectady, an exclusive tourism promotion agency for Schenectady County. Prior to this role, she was the digital marketing leader for GE Renewable Energy in Schenectady; CEO and strategist of Little Pond Communications; and community outreach specialist for the Center for Donation & Transplant, Albany. 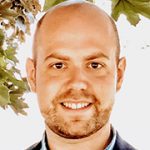 SAIL is pleased to announce the addition of Tyler Whitney as senior director of administration and operations.
He will be overseeing 11 grant-funded programs and staff across agency.
Whitney is a SUNY Albany graduate who brings experience from his previous director-level position at SAIL, and his most recent management position at Fidelis Care.
SAIL is an important part of the nonprofit business community and plays a vital role in serving people with disabilities across the region.

Adirondack Orthodontics, a locally owned and operated orthodontic practice that serves the Capital Region and has an office in Clifton Park, announced that Dr. Garrison Copeland has joined its growing team.
Copeland previously practiced orthodontics for seven years in Cleveland, Ohio. For the past two years, he continued training at BronxCare Health Systems, where he focused in cosmetic and implant dentistry and was named chief resident. This year, he volunteered in the hospital’s Family Medicine Department, assisting COVID-19 patients with treatment and recovery.
Copeland earned his bachelor’s degree from Morehouse College in Atlanta, where he was inducted into the Phi Beta Kappa Honors Society. He went on to earn his Doctorate of Dental Surgery at Howard University in Washington, D.C. He completed post-graduate orthodontic training at Case Western Reserve University in Chicago. 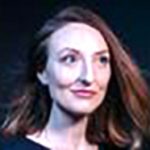 SEFCU has hired Kendra Rubin to its executive team as chief legal officer.
In the new role, Rubin will be SEFCU’s general counsel — working with internal and external business partners, providing legal advice and strategy to senior management and managing external legal counsel relationships. She will also oversee contract administration, regulatory compliance and advocacy.
Before joining SEFCU, Rubin was vice president of government affairs at the New York Credit Union Association, where she led the association’s state and federal lobbying and advocacy.
Rubin previously worked in various positions with New York state, including as deputy director for the Bureau of Program Counsel and Health Insurance with the state Department of Health and various positions within the state’s Executive Chamber.
Rubin graduated from the University at Albany and Albany Law School. She was named Albany Law School’s Rising Star in Government in 2017 and one of City and State’s Albany 40 under 40 in 2019.