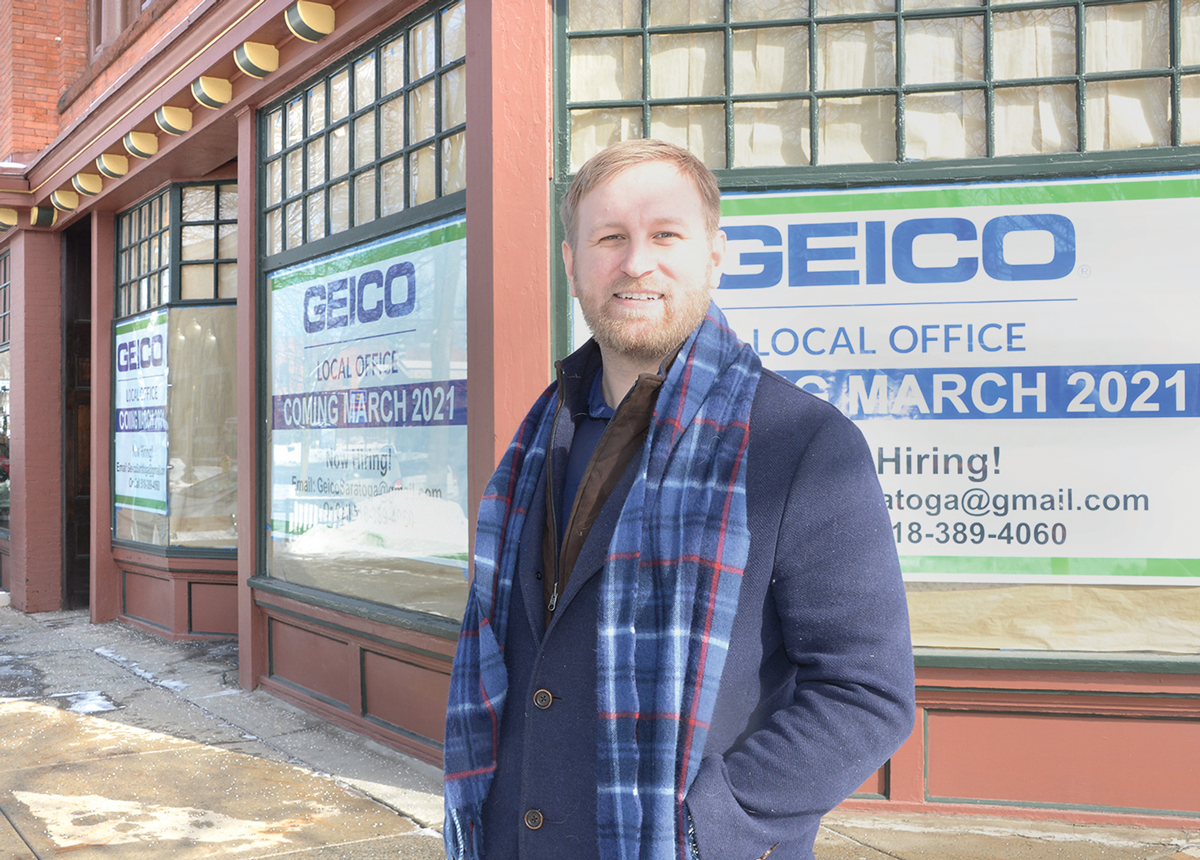 By Jill Nagy
Will Schrade plans to open a GEICO Insurance Co. office at 506 Broadway in Saratoga Springs around March 1.
However, he first needs a change of occupancy from the city Building Department, from business to business/office use. His impression is that the department “is overwhelmed and understaffed,” so the process is taking longer than he anticipated.
The GEICO office will serve Saratoga and the North Country area. Schrade said the only other GEICO office in the area is in Albany. They will be selling all the lines of insurance GEICO sells: auto, homeowners, renters, motorcycle, sailboat, RV, and more.
While GEICO is the biggest automobile insurer in New York state, according to Schrade, the company prefers to have its offices handle relatively large territories. There are only 250 offices in the entire United States, he said.
The local office will employ between 10 and 15 people, about the same size as the Albany office.
“We are hiring as many people as we can,” Schrade said, and have already brought some on board.
Schrade’s father, Richard Schrade, is in charge of the Albany office, which opened in 2014. The Schrades are independent contractors and previously ran the Albany office together.
GEICO insurance adjusters are headquartered in other communities and are direct employees of the company.
The office in Saratoga is in a 2,400-square-foot rented space in the Algonquin Building. To get it ready and meet health and safety standards, Schrade has had air filters and plexiglass shields installed. He also added office space and a new front counter area. Schrade can be reached at WSchrade@geico.com or 518-618-6120.