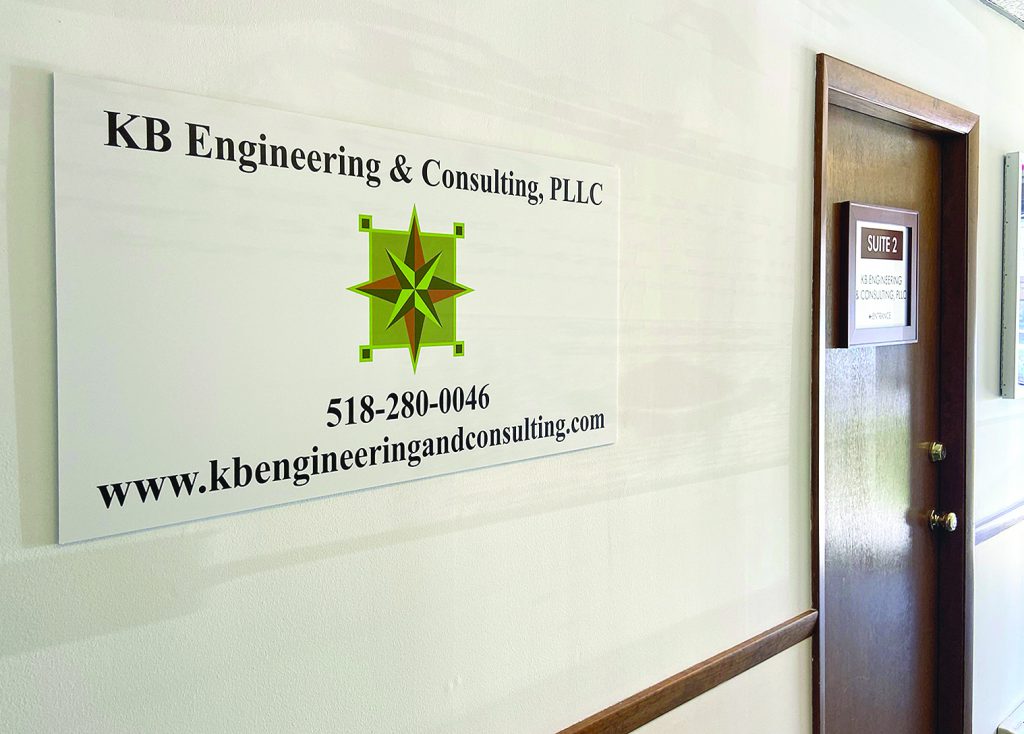 The company’s recent move to new offices in Burnt Hills was a “game changer” for KB Engineering and Consulting, PLLC, after more than a decade working out of a home-based office, according to owner, Kurt M. Bedore, PE.

The firm  now occupies a suite of seven offices with a conference area and an executive office for Bedore. He estimated that he currently has about 50 projects underway.

They actually planned the move a year ago but the pandemic caused postponement of the official opening to this spring.

Bedore now expects his growing company to outgrow the space in another year or so. A physical therapy practice previously occupied the space. In fact, they were clients, with KB working on the renovation and expansion of the therapists’ new building.

Recently, the company has been “unbelievably busy” and Bedore would like to add a couple of more engineers to his present staff of four but, like so many other skilled workers, they are hard to find. He especially needs draftsmen skilled in using computer-assist design (CAD). He feels that he offers competitive salaries—$40-$60,000 to start for a junior engineer—and working conditions.

He sees a number of reasons for the increased business aside from the general uptick in the economy. People had projects “on hold” during the height of the pandemic but are now ready to get going.

With people spending more time at home, many private septic systems were overloaded and the owners now need emergency replacements.  At the same time, many of the new buildings constructed on the SUNY campuses during their tremendous growth period in the 1960s and 1970s are showing their age, he said.

Other current projects include a public observatory at Tupper Lake, upgrades of the winter sports facilities at Mt. Van Hoevenberg in Lake Placid, upgrades to the Corrections Academy in Albany (a $40 million project just completed), redevelopment of the Tupper Lake ski area, and a lot of housing subdivision work and work for local businesses.

Bedore said in his more than 30 years as an engineer  he has seen four or five up and down cycles but “there is always a client out there who needs an engineer.”

Bedore is a graduate of Clarkson University with a graduate degree in environmental management and policy from Rensselaer Polytechnic Institute. He is a retired Air Force officer, still active in the National Guard. Part of his active military service was in the Antarctic but, he said, he was able to work on his own projects in his of-hours.