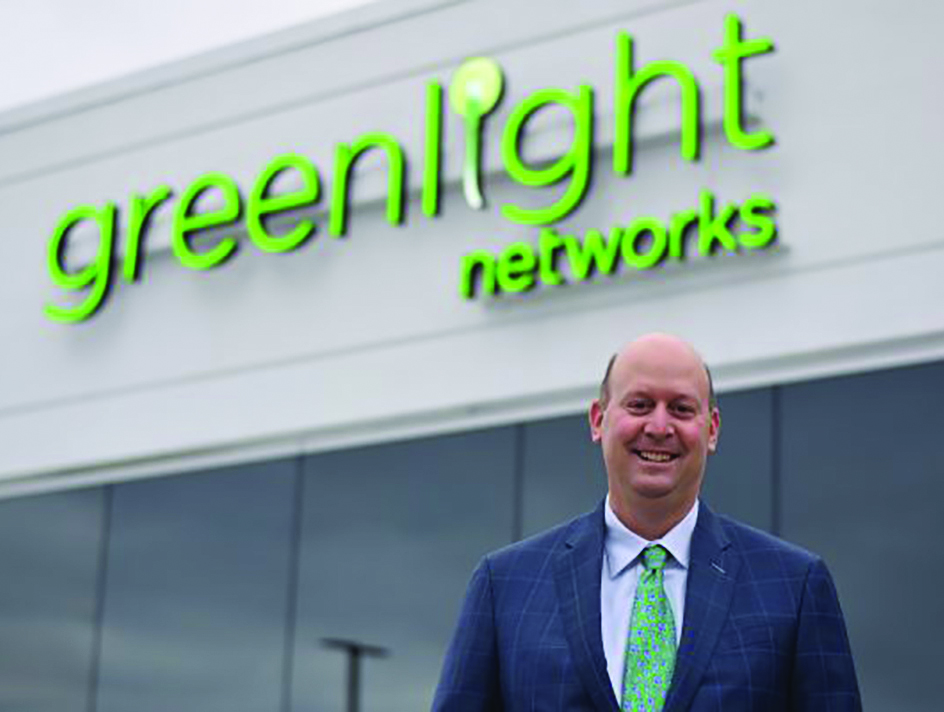 The fastest internet service available in New York state is now in Clifton Park with plans to grow into other upstate communities, according to Mark Murphy, founder and chief executive officer of Greenlight Networks.

Murphy has a long career in telecommunications and cable services, including building fiber networks around the state and helping start Spectrum’s digital phone business, he said. Now the company he launched in 2011 in the Rochester area is competing for internet customers in the Capital District.

Murphy also said Greenlight costs 25 percent less because there are no contracts, taxes, or hidden fees.

“We’re simply selling the fastest technology available for $50 a month,” he said.

Fiber internet supports simultaneous high-speed connections across multiple devices. While Greenlight’s target market is fiber-to-home, Murphy said the company is also focusing on small businesses, as the high-speed needs of larger companies and institutions are already being met.

There was a grand opening on May 19 at the Vischer Ferry Volunteer Fire Co. on Grooms Road in Rexford, which sponsors Greenlight’s flagship tower.

“Firehouses work well for us and we have good relationships with fire districts in municipalities across the state and also with private landowners,” he said. “There is a win-win because the firehouses are located in residential areas where there is a concentration of people for our services. In return, we provide them complimentary high-speed internet so they can more quickly communicate with the people they serve 24/7.”

Greenlight hires its own crews to do construction, installations and repair service, but “some local contractors were brought on initially to augment the underground work and construction and to help seek easements from homeowners or businesses,” according Murphy.

It is a challenge “getting people willing to go out and climb a ladder in the hot or cold,” he said.

Murphy’s staff is looking for office space at this time “for the convenience of customers” and hopes to announce a location in the coming weeks. He said the total work force in the Clifton Park area will be approximately 25 people.

“There is not of demand for customer inquiry because we have a single billing model with no price changes, whether you are new or have been a Greenlight customer the past 11 years,” he said. “We are comfortable servicing over the internet but will add some business support staff.”

“We are unbelievably impressed with the team here in Saratoga County” that has welcomed and worked with Greenlight to access its newest market, Murphy said.

Murphy said the company is talking with several state and federal agencies to see if there may be money from the infrastructure bill to help Greenlight Networks get into some more densely populated areas. As investment continues and Greenlight expands its network, the internet provider may be on course to reach 23,000 homes by the end of 2023, said Murphy.

Residents of Clifton Park and nearby communities can visit Greenlight’s website to follow progress servicing their neighborhoods, receive construction updates, check out careers and sign up for service. The official site is greenlightnetworks.com.