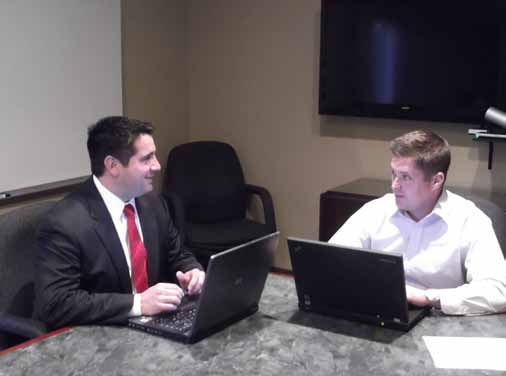 Annese & Associates Inc. officials announced
recently that after 42 years, the
organization is officially relocating its
corporate headquarters from its founding
place of Herkimer to Clifton Park.
The decision was voted unanimously in
favor by the company’s board of directors,
the company said.

“Annese & Associates, Inc. has called
the greater Albany area home for nearly
four decades,” states Ray Apy, president
and CEO. “In keeping with our commitment
to sustain and further develop our viable New York state business, we have
relocated our corporate headquarters
to the Capital Region and opened a new
flagship office in Clifton Park, providing
our employees and clients with a great
atmosphere in which to conduct business.”
The information technology company’s
website describes the Annese and Associates’s
mission thusly, “to provide an
excellent customer experience as we meet
our clients’ evolving business objectives
through comprehensive, industry-leading technology solutions delivered by a caring
and talented team.”

In October, Annese’s Clifton Park office moved from Route 146, a space it had occupied since 2009, to a larger facility on Pierce Road, to accommodate growth. Clifton Park is Annese’s largest office in terms of personnel, housing more than a third of the company’s 100-plus employees. “In recognizing that our company has grown the most over the years in the Capital District, the decision to formally consolidate our presence here in the state’s epicenter of technology is a plausible next step for us,” said Apy, a resident of Saratoga Springs.

Prior to the official announcement, Clifton Park was the acting headquarters for Annese’s satellite New England territory as part of the company’s recent expansion efforts. The location is also home to the company’s project staging center, which is a company-wide resource, and its Remote Managed Services client support team.

The family-owned, women-owned business, founded by Frank J. Annese in 1970, is now exclusively owned by daughters, Michelle Annese, Yvonne Annese LoRe, Andrea Annese Como, and Francine Annese Apy. Three of Annese’s four owners are also residents of the Capital Region. The company said the transition marks a significant step forward for the future direction of the organization under this generation of ownership.