Home  »  Health & Fitness  »  Body Massage Is Therapeutic For Everyone, Its Benefits More Than Just ‘An Indulgence’ 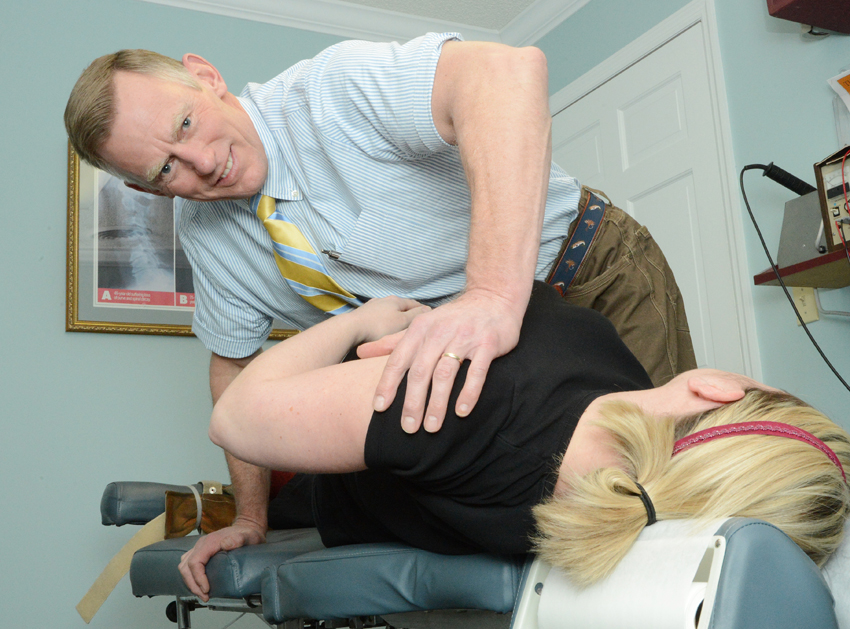 Matt Smith, a doctor of chiropractic and owner of Saratoga Sports Medicine, says massage can help alleviate not only stress, but certain sleeping disorders

Modern medical research has confirmed
what holistic practitioners have claimed for
a very long time about the health benefits
of massage.

“Massage is not new at all,” said Matt
Smith, DC, owner of Saratoga Sports Medicine
in Saratoga Springs. “The Chinese have
used massage for medical purposes for
thousands of years. It’s not just an indulgence.
It’s a real and therapeutic.”

“I was exposed as a young intern in clinic
to the physical and emotional benefits of
massage during the course of chiropractic
treatment,” he said.

These early experiences helped form what is Smith’s three-part recommended program for overall good health maintenance: Stretch daily, get a chiropractic adjustment each month, and have a monthly massage.

The benefits of massage are extensive. Smith said these range from helping children with ADHD (attention deficit hyperactivity disorder) to reducing high blood pressure in adults to having a positive impact on individuals in hospice. Little wonder that massage ranks number five among the five highest complementary and alternative forms of therapy. Chiropractic is number one.

But now there is science behind the empirical claims.

“Athletes experience this. Now there is scientific proof,” said Smith. “And it does not matter what massage technique is used, as long as there is enough pressure to indent the skin. It need not be deep massage.” Smith founded both his sports massage practice and a chiropractic practice 26 years ago. Locally educated at Glens Falls High School and Cornell University, he studied chiropractic at Palmer College in California, where he gained a perspective not taught in all curriculums.

He specializes in “very gentle treatment” of spinal conditions and sports injuries. “My clients say my methods are pain free,” he said. Some conditions, for example spinal stenosis, a constriction of the space around the spinal cord that about 20 percent of his clients suffer from, should never be treated aggressively.

“Anything that increases blood flow, which massage accomplishes, is good for physical performance,” he said.

Another study by the renowned Mayo Clinic reported that massage is effective in relieving stress, anxiety and depression due to the fact that levels of two natural tranquilizers, serotonin and dopamine, increase during massage. Massage also reduces cortisol levels, the hormone that increases body fat, because the body is not as stressed.

“Stress is one of the major pathologies in the body,” said Smith. “Popular antianxiety drugs are trying to do what those hormones do.”

The Mayo Clinic study even claimed that the infant growth rate for pregnant women who have massage weekly during pregnancy is higher than the growth rate of babies whose mothers do not have massages.

Millions of people suffer sleep disorders and massage can help them, as well. “Massage increases delta waves in the brain, so one is more relaxed and can sleep better,” Smith said.

About 18 million people undergo massage annually, said the Buck study, and more and more hospitals are adding massage units. The aging population will experience more arthritis and changes to the spine that massage therapy can alleviate.

For information and help, contact Smith, 3303 Route 9 in southern Saratoga Springs, at 587-2064.
Subscribe to Our Newsletter
View the Latest Virtual Edition