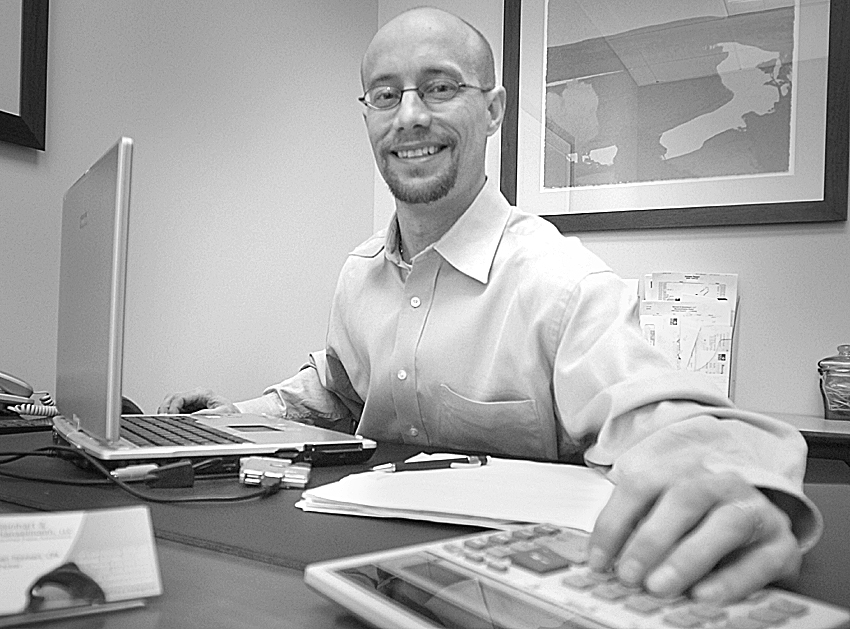 With all the talk about the “fiscal cliff” the U.S.
economy was facing as Congress worked to address
taxation and budget issues heading into 2013, it
made the work of any financial planner or CPA
more than a little difficult.
“Strategic planning is an imperative part of business
in today’s environment,” said Kelly Reinhart,
managing partner of Reinhart & Associates LLC in
Saratoga Springs.

“Strategic planning, put simply, is taking a look
at where you are, where you are going and how to
get there. In our new economy, consumers of all
goods and services have become more sophisticated
and competitive factors change at a rapid
pace. Businesses need to be prepared to change
and diversify before the need arises.”

Planning, from late 2012 to early 2013, is “definitely a challenge in light of the unsettled debate in Congress,” said Laurie Stillwell of Laurie A. Stillwell, CPA, PC, in Saratoga Springs. But there are areas that businesses can address and things to keep an eye on.

“It is too early to tell the exact impact of the inevitable tax laws that will be passed in the coming months,” Reinhart said. “I believe we are in for a few years of significant tax changes where you have to be integrating your personal and business tax planning with your strategic or financial plans to succeed long-term.”

According to a news release from the White House Office of the Press Secretary, President Barack Obama took steps to keep the wealthiest 2 percent of Americans paying more in taxes, while protecting 98 percent of families and 97 percent of small businesses from any income tax increase. For businesses, the negotiations in Congress resulted in extending the Production Tax Credit, a key incentive for renewable energy, as well as the Research & Experimentation tax credit, the press secretary reported. In addition, the agreement extends 50 percent bonus depreciation, a costeffective temporary measure to support investment and growth. All of these would be extended through the end of 2013.

Stillwell said an area to pay attention to is what’s called the 179 Deduction in the IRS tax laws. “Over the last decade or so, a profitable business could deduct up to $500,000 of its annual profit,” she said. If Congress doesn’t act, and Bush Administrative tax breaks expire, that could drop down to $25,000, she noted.

Health care legislation will also have an effect, said Stillwell. She said Medicare taxes of 0.9 percent taxes are applied to people with W2s, or those self employed.

For some people, she said, the tax is 3.8 percent. That group is “passive activists” in a business ownership. That is, they have money invested in a business, but don’t show up for work there every day. They may be in a partnership.

“If you are active,” going to work each day participating in its operation, “you don’t have to worry about it,” noted Stillwell.

“But many small businesses will be subject to one or more of these taxes.”

Another area to be aware of, she said, is when someone is selling the assets of a business. Longterm capital gains tax changes are being eyed. The federal rate is 15 percent now if a person sells part of a business. “That could be re-set at 20 percent unless Congress does something to the contrary.” For business owners who may be moving their assets to the next generation, via gifting or inheritance, there are changes afoot.

In 2012, “there were generous rules for the giving of assets for their kids in the future.” Up to $5 million in assets could be passed without federal estate tax, said Stillwell. In 2013, “there is a sizeable change,” as that limit drops to $1 million.

“It’s not an income tax issues, but a tax issue that has to be addressed for people in these situations … It’s a pretty big planning consideration.” While there is still a lot for financial planners to sort through, “My expectation is that most midto- high taxpayers are probably not going to see an appreciable difference” in the taxes they will pay in 2013, said Stillwell.

Reinhart advised, “The best business strategy in the complex world we live in is to partner with a CPA and other advisors that you can trust. Lean on them, ask tough questions and invest in the long-term future of your company. Short-term, fast -dollar thinking can kill a business faster then anything else.’