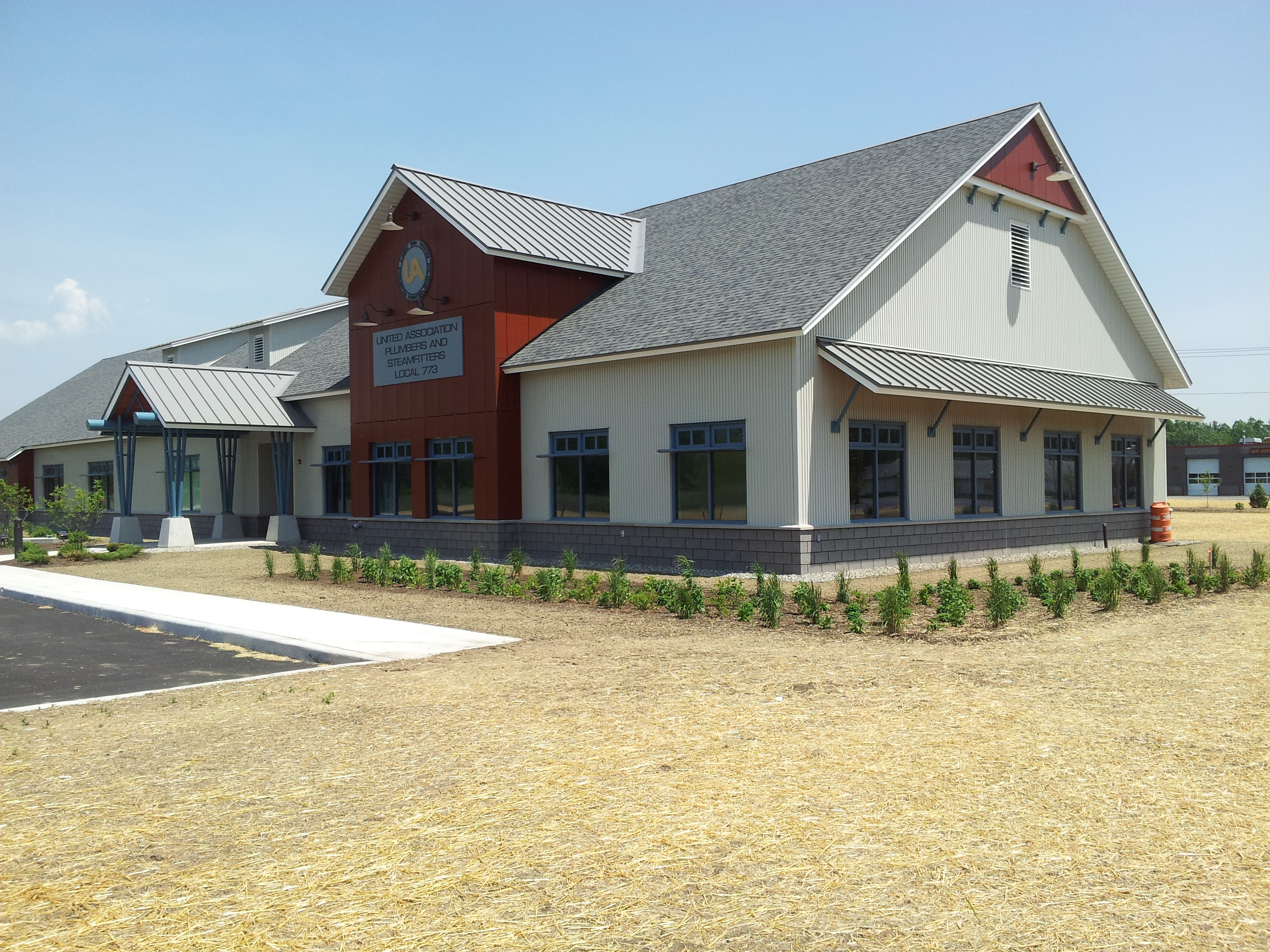 Plumbers and those who work with heating
and air conditioning systems, like most of the
building trades people, have to constantly keep
up with the technological advancements in
order to stay current ad be able to provide the
best services.

For UA Local 773, Plumbers and Steamfitters
union, based in Glens Falls, that’s something
they constantly address. The union’s ability to
d that is abut to be greatly enhanced when it
opens a new office complex/training facility that
Scot Martel, business manager of the local, calls
“state of the art.”

Union offices have been located on Bluebird Road in Glens Falls. But in June, the office staff- -five that handle union matters and three in the benefits office–move into the new facility on Luzerne Road in South Glens Falls.

Local 773 represents about 460 members including most of Saratoga County, ad the counties of Warren, Washington, Essex, Clinton and Franklin.

Martel said 2013 is shaping up as a good year for union workers. “For the prior 1 months, the economy was a little sluggish. Things are looking up. Our contractors are starting to see opportunities to bid on projects.”

He noted that the Globalfoundries microchip manufacturing plant in Malta kept a lot of union workers employed. This year, more employment activity has been sent the north, particularly in the Plattsburgh region.

“Last year, it was reversed,” with more work in the southern part of Local 773’s territory. “You never know.”

Martel said keeping up the membership has been a challenge, because young people looking at careers are pursuing other fields, with high-tech jobs being popular.

“I don’t think there’s any doubt that in the last few years the amount of young people getting into the trades definitely declined,” said Martel. “Mainly because hey didn’t know about it.”

To address that, the union over he last five years put more focus on area high schools and BOCES programs and letting students know what was available to them. If they are willing to make a commitment.

Martel said in order to get in the union there is a five-year apprenticeship program. During that time, while the apprentice works in a union shop during the day with her professionals, they also go to school three nights a week, three hours each night, from September. So there is hands-on work during the day and classroom training at night, making for some long days.

The new facility will allow for better training for the newcomers. It is also important for journeymen, who must constantly keep up with technology that never seems to stop moving forward.

The building, built by Roche Brothers Inc., which has offices in Maryland and Tennessee, is 18,000 square feet and contains the most modern training rooms and equipment, according to Martel. “There will be a much better teaching environment” that also includes a lot of hands-on work, not just classrooms.

For example, Martel noted there are 18 new state-of-the art welding booths and HVAC modules where members can work on all manner of plumbing and heating projects. There is also a totally functioning Class 100 clean room–an environment used in high-tech manufacturing, like that of GlobalFoundries and others, for scientific research, that has a low level of environmental pollutants such as dust, airborne microbes and chemical vapors.

Union members will learn all the protocol that go with that type of work.

There will be computer stations that will allow members to take courses on line and avail themselves to all kinds of key information.

“It’s a big commitment,” Martel said of the $5 million the union invested to develop the training facility. “They were willing to step out and do this to make sure our people are the best trained in the area.”

“The industry is changing all the time. You have to be at the forefront if you want to secure the work,” said Martel said.

Martel said he is optimistic about the future for Local 773, with the economy on the upswing and GlobalFoundries announcing plans for more expansion of its huge plant facility in Malta. The union can be reached at 792-9157. It’s website is www.lu773.org.