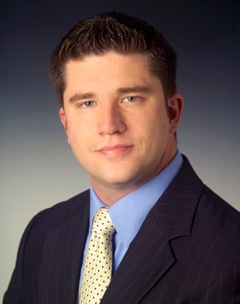 Each year we take a few moments to reflect back on the year that was, take what lessons we can from it, and turn our eye toward the future.

In spite of the fiscal cliff, sequester, gridlock, debt ceiling, government shutdown, tapering, and the Obamacare fiasco, 2013 was a phenomenal year for the economy in many ways. This confirms two things: we are likely in the middle of one of the biggest bull markets in our careers; and that a bloated, intrusive government is providing the only real headwind against even more economic growth.

Real (inflation adjusted) GDP growth in the third quarter of 2013 was about 4 percent annualized, showing strong improvement from the beginning of the year. Real GDP growth in 2013 will likely come in at about 2.4 percent.

We believe that trend will continue, and real GDP growth in 2014 will increase to about 3 percent as the economy becomes even stronger.

Inflation in 2013 was modest, falling well below historical averages. We expect that the Consumer Price Index (CPI) will come in at about 1.3 percent for the year, increasing to around 2 percent for 2014. With inflation under control, we expect to see gold (usually considered a hedge against inflation) continue its slide toward $1,000. Gold has experienced its worst year in three decades, and we don’t expect any improvement in the near future.

In many areas of the country, home values increased tremendously in 2013. We expect that values will continue to increase in 2014, but at a slower rate as new construction provides additional inventory.

Stocks, or more specifically US stocks, have had their best run in almost two decades. 2013 saw the S&P up nearly 30 percent. Many naysayers point to this as proof of a stock “bubble.” However with valuations at around 15-17 times earnings, we feel U.S. stocks are very fairly valued and will continue to appreciate.

Many bears will also point to the Fed as an artificial catalyst for growth, however that line of thinking is quickly dismissed when we consider the markets’ reactions to the tapering of stimulus. Tapering means the economy has legs of its own, and that should be taken as a good sign. We expect the S&P to grow at about 15 percent in 2014.

Internationally, we see European stocks leading the way as these countries continue to find economic footing, while emerging market countries will likely continue to lag.

We do not, generally, see much room for growth in the bond markets. For the first time in decades, we are entering a true rising interest rate environment, which could dramatically hamper the ability of bonds to perform.

Many investors will see their bond portfolios lose value as rates increase. The only possible exception we see is in high-yield municipal bonds, where rising interest rates can help the status of municipal pension funds. Interest rates will not increase enough, however, to add appreciable value if you happen to be one of those that has been sitting in cash since 2008.

Overall, we believe 2014 will be another strong year. Of course, these are all forward-looking statements, and are based on information currently available. Any new information could dramatically alter our projections, so you should be sure to consult with your financial advisor to ensure your investment strategy reflects your goals.