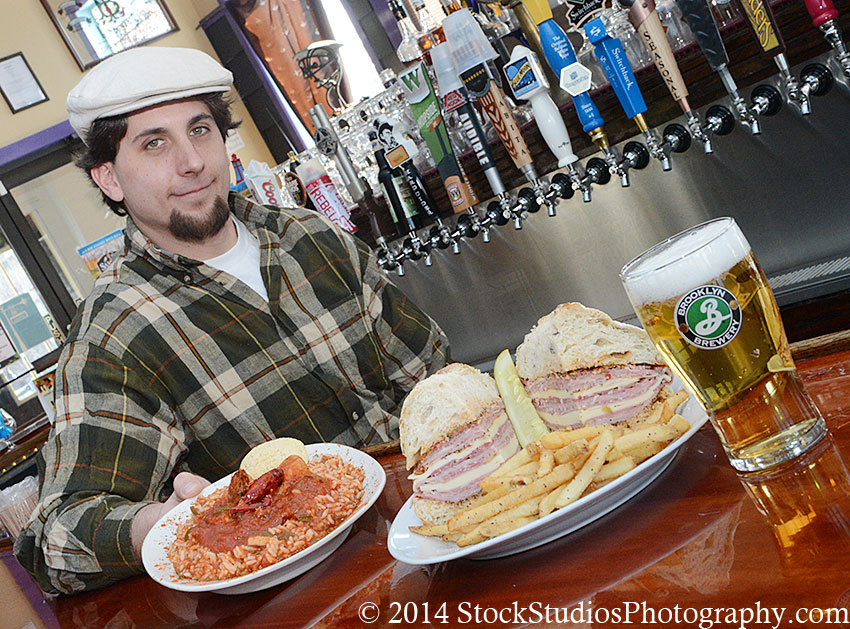 Shane Spillinger, owner of Nanola restaurant on Route 9 in Malta, shows off some of the offerings available at the new establishment

Hot wings and cold beer are among the
customer favorites at Nanola, a New Orleans
style restaurant and bar recently opened on
Route 9 in Malta.

The restaurant features Cajun and Creole
food, including several oyster dishes, as well as
wings and other traditional restaurant and bar
food. There are 24 beers on draft and additional
choices in the bottle as well as wine, cocktails,
and non-alcoholic beverages.

Cajun specialties on the menu include
etouffee, blackened catfish, jambalaya and red
beans. The oysters are available raw or grilled.
Desserts include beignets, the New Orleans
answer to doughnuts. For the less adventurous,
there are burgers, sandwiches, and several fish
or meat dishes.

Spillinger previously managed Jillian’s restaurant in Albany and his family operates the Bayou Cafe in Glenville. He is a graduate of Clarkson University where he majored in business.

Spillinger does “a little bit of everything” around the restaurant. His parents also help out. Robert Parker manages the kitchen and Zach White is the general manager of the establishment.

The restaurant is at 2639 Route 9 in Malta. The restaurant opens at noon Monday through Friday, at 4 p.m. Saturdays and has a noon brunch on Sundays.

Its website, including menus and takeout ordering information, is NanolaMalta.com. The telephone number is 587-1300.