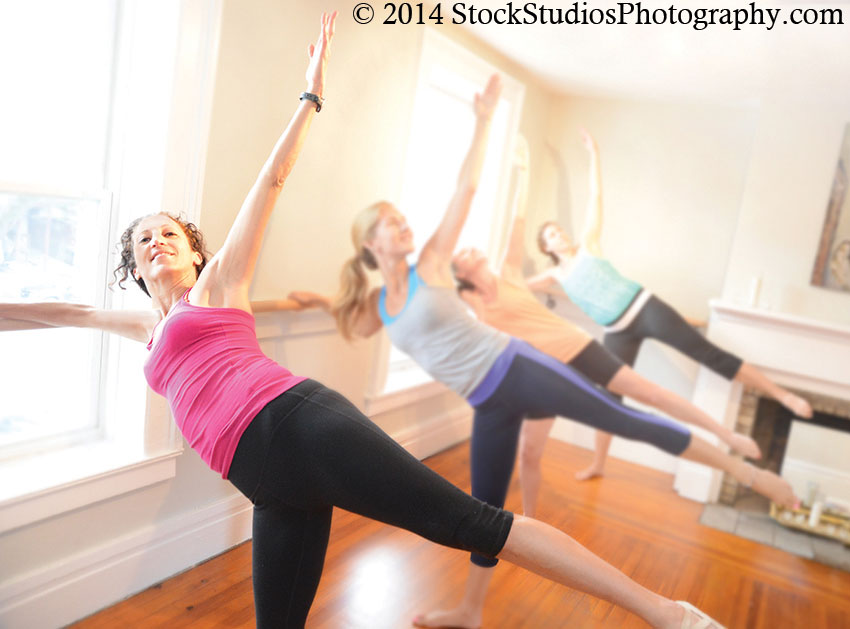 Renee Taliana, in the forefront, owner and director of Staccato Barre, is a certified barre and pilates instructor, as well as yoga instructor and massage therapist

Renee Taliana, owner and director of Staccato
Barre, is a certified barre and pilates instructor, as
well as yoga instructor and massage therapist. She
spent several years creating the Staccato method
of barre, which she considers to be creative while
still intense and effective. She felt there was a
need for a barre studio in the area and opened
Staccato.

The fitness studio is located at 489 Broadway,
second floor. Inside is a large space, with barres
lining the walls and beautiful hardwood floors.

There are five certified barre instructors who
teach at the studio, including Taliana. Most
classes are 45 minutes long and consists of time
dedicated to arm strengthening, barre technique
and core conditioning. Barre enlists props such
as balls, resistance bands and rollers to create a
full workout.

Since opening in August, more than 200 men
and women have joined Staccato Barre, the owner
said. Barre helps to condition several unique
muscle groups that are not being toned in other
fitness classes.

“It is low impact, but extremely precise,” explained
Taliana on how barre helps to isolate and
strengthen individual muscles.
Taliana believes the real advantage of Staccato
Barre is the 45-minute workout routine. “In that
time you’re getting that toning, conditioning, and
training,” she said.

No prior experience in barre, dance or other fitness
programs is necessary. Most people who come
to Staccato have not tried barre before. Taliana
encourages all new members to go at their own
pace, while also challenging themselves physically.
“It’s the anti-gym feeling,” said Taliana.