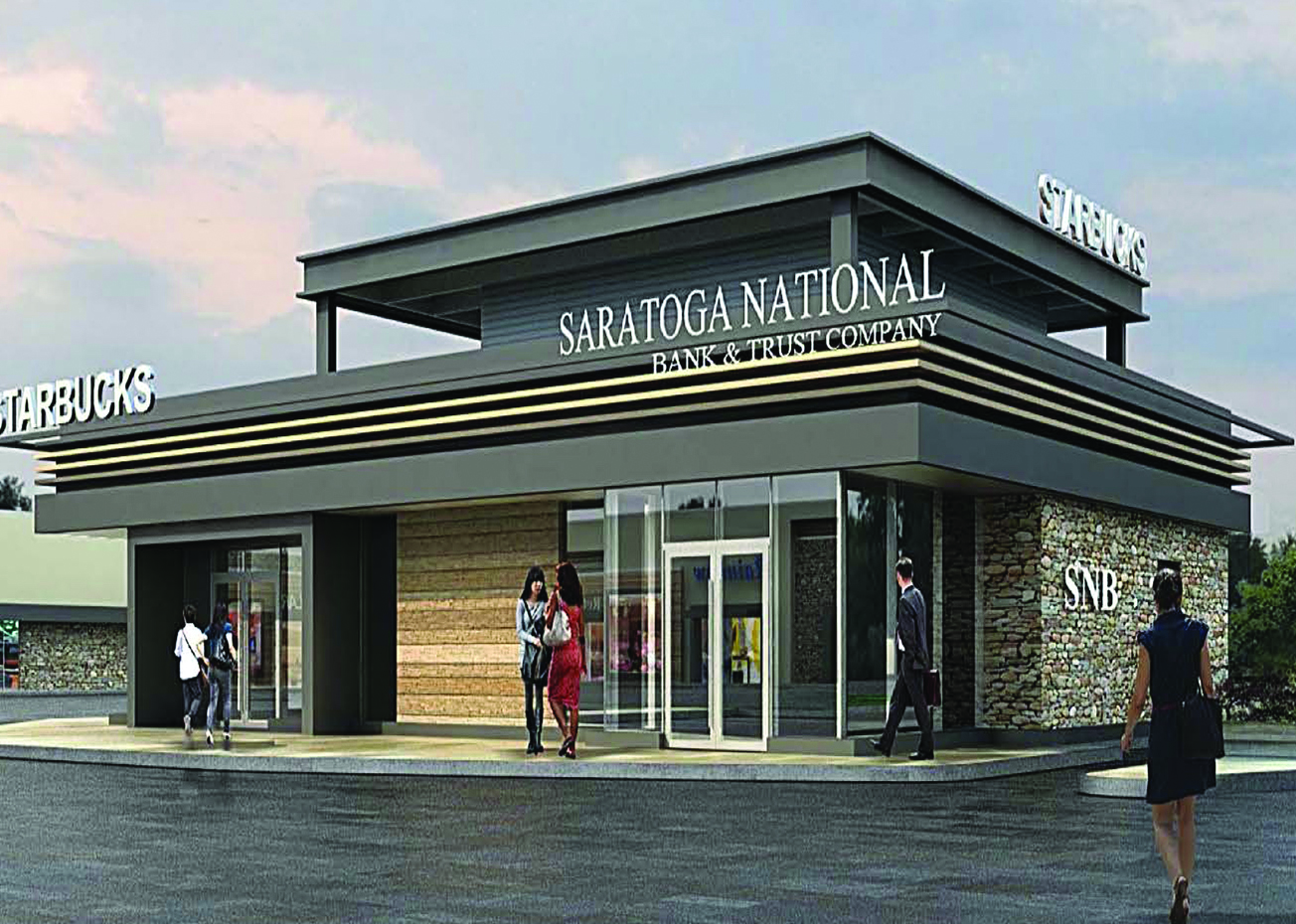 This rendering depicts what the new Troy office of Saratoga National Bank and Trust Co. will look like at 120 Hoosick St. in the Hudson River Commons Plaza

Saratoga National Bank and Trust Co. plans
to open a ninth branch office location, this one
in the city of Troy.

The bank is leasing a 1,200-square-foot space
at 120 Hoosick St. in the Hudson River Commons
Plaza. It will be a co-tenant with a new
Starbucks coffee shop.

Bank officials said the new banking office
will feature a full range of financial services
as well as a lobby and drive-up services. Pending
all regulatory approvals, it is expected to
open later this year and will result in four new
positions, including a manager, two tellers and
a commercial lender.

The Troy office is Saratoga National bank’s
third new location in three years and its first in
Rensselaer County. Last year the Bank expanded
to Colonie, and before that to Clifton Park.

President and CEO David S. DeMarco said
this expansion represents a commitment to
serving the Capital Region and growing beyond
its Saratoga County roots.

“A Troy branch will further establish our
presence in the growing Capital Region,”
DeMarco said. “Our style of true community
banking has been well-received in Colonie and
Clifton Park, and we are excited to deliver it
to the residents and businesses of Rensselaer
County.”

Saratoga National Bank and Trust Company
currently provides banking, investment, insurance
and other financial services through eight
locations in Saratoga and Albany counties. It is
rated a 5-Star Superior institution by BauerFinancial.
More information can be found online
at saratoganational.com.