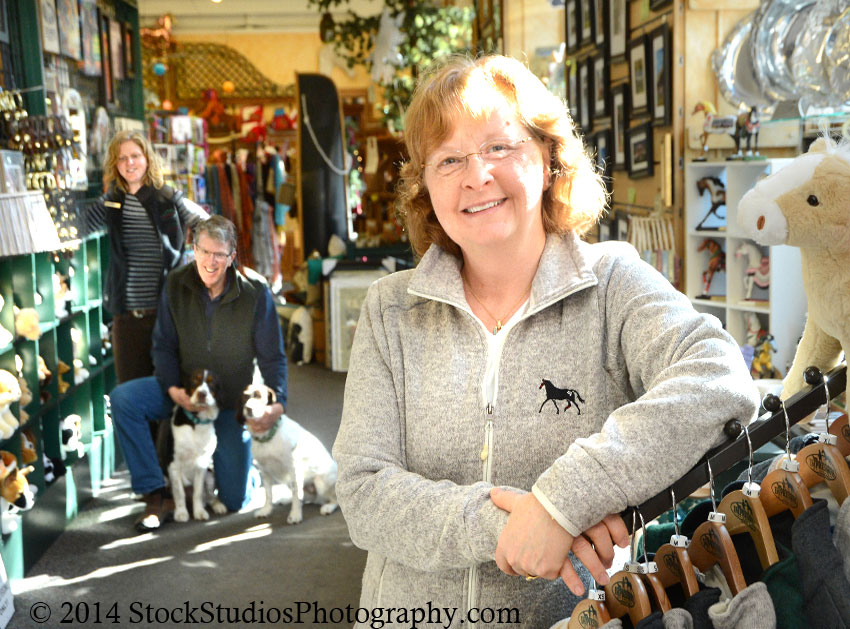 Marianne Barker has been involved running Impressions of Saratoga since 1978.

Marianne Barker calls running her downtown
Saratoga Springs business, Impressions
of Saratoga, “a labor of love.”
The establishment, at 368 Broadway, has
been part of the downtown business scene
since 1978, started by Marianne and her
husband Dave.

“I can’t stress enough how lucky I’ve
been,” she said. “Without good people we
couldn’t have done this. I couldn’t do it
without Maddy [Zanetti, a longtime employee]
and Dave and our whole staff. They
make coming to work every day enjoyable.”

The business started as a screen printing
store, and eventually evolved into the retail
location that people know as Impressions
today.

Impressions considers itself the “everything
Saratoga” store, and has a wide
selection of Saratoga-themed merchandise
for sale. Souvenirs and collectibles such
as mugs, jewelry, artwork, clothing, pet
supplies, and more can all be found within
the store.

For the summer tourist, Impressions
offers souvenirs. For Saratoga residents, it
offers gifts for friends and family members.
Barker sources products from trade shows
and local craftspeople. Approximately half
of the products in the store have been custom
made for Impressions, she said.

Aside from running Impressions, Barker
is busy with many other projects. She is a
member of the Saratoga County Chamber
of Commerce and is a member of the retail
task force committee. She was appointed
by the mayor to be a member of the city’s
Special Assessments District for downtown.

In the past, she has served with the
Saratoga Convention & Tourism Bureau.
She believes in getting involved to change
things in the city for the better.
“You get what you give. You can’t just sit
around and complain about it,” said Barker.

She said being a woman in business
is challenging, but it is a easier to own a
business today than it was 20 years ago for
women. In many ways, Barker said, it is an advantage rather than an obstacle to be
overcome.
In her spare time, she enjoys traveling,
riding horses and playing with her dogs.

One of the features that Impressions is
well known for is its friendliness toward
animals. Barker and Zanetti bring their
dogs into work each day. The dogs even have
blogs that can be followed online. Likewise,
the staff encourages customers to bring
their dogs into the shop. Impressions has
a large amount of items for dog lovers and
owners, as well as equine items to represent
the horse community in Saratoga Springs.

Currently Impressions of Saratoga is
geared up for the Saratoga Springs centennial
celebration. There will be items in the
store to commemorate the event, including
mugs, pins, magnets, and more. Impressions will be selling a commemorative coin
as well.

Last year the store launched The Dark
Horse, its own brand within the store, which
includes clothing, ceramics, gifts and more.
The mascot for the label is a miniature
horse, Upset, that makes appearances at
Impressions and events around Saratoga
Springs.

For women who are looking to start a
business, Barker advises “Be prepared to
put in very long hours, lots of energy and
take care of yourself. It takes a lot of hard
work.” Building a mentoring and support
network is very important.

Impressions of Saratoga is open from 10
a.m. to 6 p.m. during the winter. To learn
visit www.impressionssaratoga.com or call
587-0666.