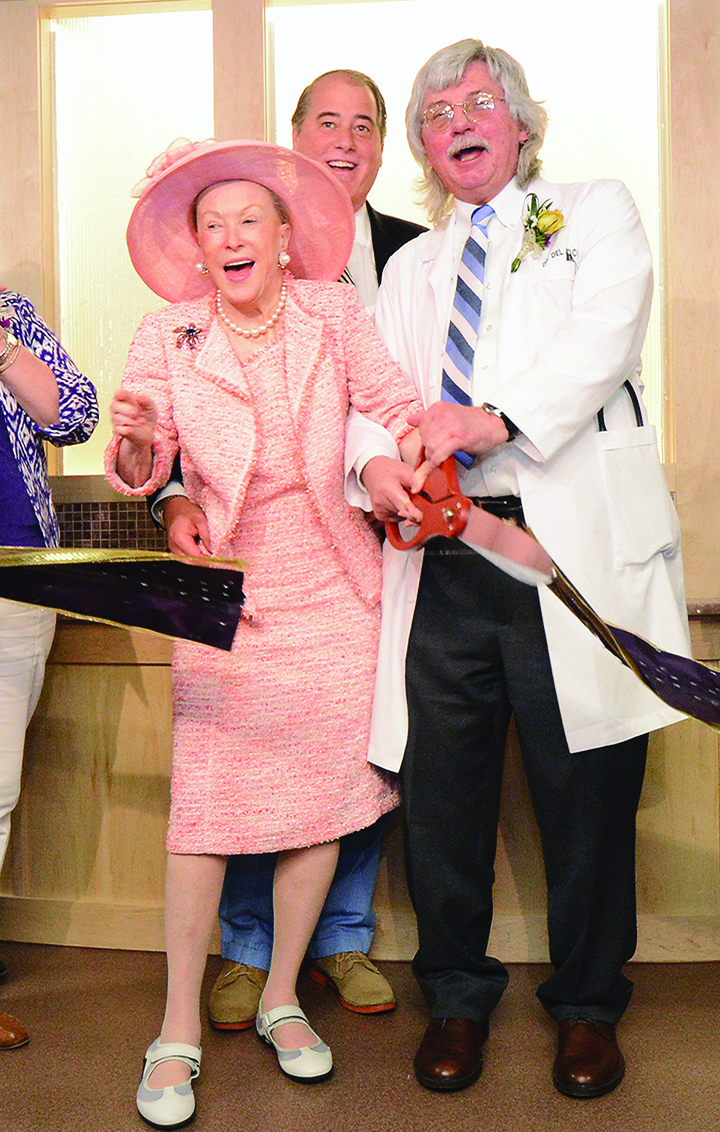 Marylou Whitney and Dr. Desmond DelGiacco cut the ribbon at the ICU opening

Saratoga Hospital and community leaders
marked the opening of the Marylou Whitney
and Desmond DelGiacco MD Intensive Care
Unit at Saratoga Hospital in early May with
a ribbon cutting ceremony, open house and
tours of the state-of-the-art facility.

The name of the new ICU acknowledges
Whitney’s philanthropic support for Saratoga
Hospital and the Saratoga region and DelGiacco’s
30 years of service to ICU patients and
their families.

Calbone also hailed the new ICU as the
latest example of what’s possible when a
community comes together around a common
goal. The new facility is funded, in part, by the
hospital’s $8 million Campaign for Surgical
and Intensive Care Services.

“This has truly been the ‘people’s campaign’,”
Calbone said. “We’ve had an overwhelming
1,440 donors to date contribute.

I think you will agree that is an impressive
number and underscores the commitment of
this entire community to our hospital. To date,
the hospital has raised $6.5 million.
“Thank you all for your unwavering, loyal
support of this hospital –and this entire
region we all call home,” he added.

Hospital officials said each of the
19 private rooms is outfitted with advanced
equipment, including in-room dialysis and the
region’s most sophisticated patient monitoring
system.

Officials said each room also has ample
space for family and other loved ones, and
includes windows and other features that
promote healing.

The new, larger ICU is a key component of
one of the largest construction projects in the
hospital’s history. The $34 million expansion
and renovation also includes a new Surgical
Pavilion with 10 state-of-the-art operating
suites and new preoperative and postoperative
care areas.

Officials said in late summer, the new Dake
Family and Stewart’s Shops Surgical Waiting
and Registration Area and the Linda and Michael Toohey Pre-Operative Screening Center
will open. Seven new operating rooms will
open in the fall. The remaining pavilion areas,
including three additional operating rooms, as
well as new preoperative and postoperative
spaces, will open in early 2016.