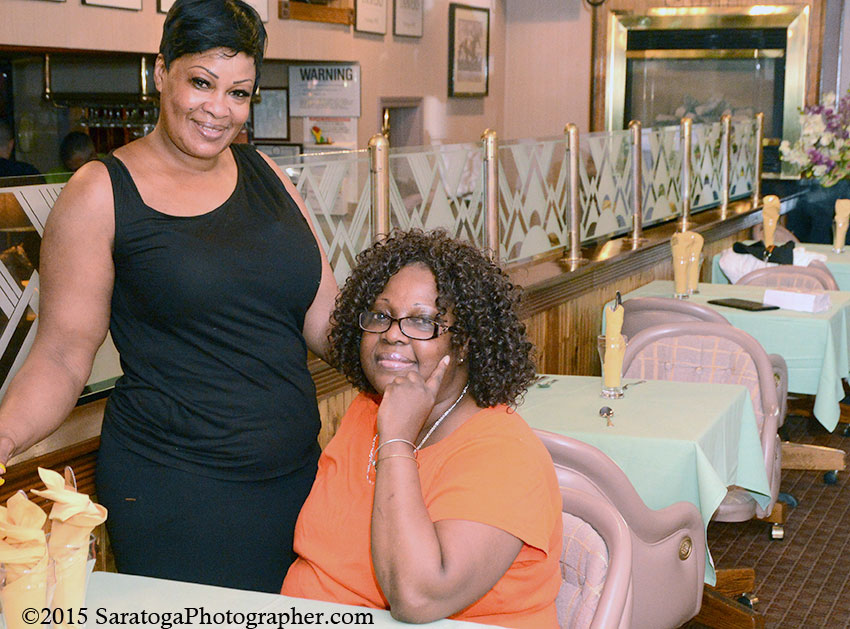 Mitesh Patel, local businessman and owner
of several hotels in the Boston area, as well
as in Queensbury and South Glens Falls, purchased
Roosevelt Inn & Suites in May. As part of
the changeover, two new, separate restaurants
opened on the premises, formerly home to El
Mariachi III and the Silver Bullet Lounge.

Rosemarie Coleman, owner and chef at one
of them: Orchid’s Caribbean Restaurant and
Lounge, is in the space that was home to the
Silver Bullet Lounge.

There are two restaurant buildings on the
Roosevelt property and 13 North will be in the
one closest to Route 9.

Orchid’s is now open. As for 13 North, owners
Patty and Larry Weaver are planning a soft
opening in mid-to-late September.

Coleman has been cooking since she was a
young girl. Although it’s been 40 years since
she moved here from Jamaica, she still vividly
recalls her childhood there and the spicy aromas
of freshly caught fish being prepared and
roasted out of doors in her family’s backyard,
to the accompaniment of calypso and reggae
music supplied by her father and neighborhood
friends like Bob Marley.

Motivated by these childhood memories
and a talent for creating “Caribbean cuisine
with a twist,” Coleman first opened Orchid’s in
Rotterdam, later relocating to in Schenectady.
Her decision to make the move to Saratoga
Springs was influenced by the many loyal patrons
who regularly traveled to Schenectady
from Saratoga and beyond just to enjoy her
food, she said.

Coleman said there’s nothing better than the
feeling she gets from putting a smile on people’s
faces when they taste her dishes. One of her
signature dishes is lobster in the shell that,
“has to be tasted to be believed.”

In addition to Caribbean entrees, drinks,
and desserts, she offers her own versions of
southern comfort food, including fried chicken,
collard greens, and macaroni and cheese.
Coleman also plans to have live bands that
will be appearing regularly on Fridays and
Saturdays.

The Weavers are also no strangers to the
restaurant business. They have owned and
operated the D-Line Pub in Ballston Spa for
the past three years.
“It’s been a lifelong dream of ours,” said
Patty, “to open a place of our own after we
retired.”
She previously worked as a civilian offering
financial planning services to the U.S. troops;
while Larry retired holding the rank of lieutenant
colonel.

Because of the D-Line Pub’s growing popularity,
the Weavers made the decision to move
to a bigger location and expand on their existing
menu.

Since El Mariachi III has been closed for
several years, renovations were necessary to
get the property up to current code standards
before opening.

The owners of 13 North have a Facebook
page. Information is also available at 885-6861.
Orchid’s is open seven days a week, serving
breakfast, lunch, and dinner.

For more information, call 886-9526 or visit
Orchid’s Caribbean Restaurant and Lounge
on Facebook.