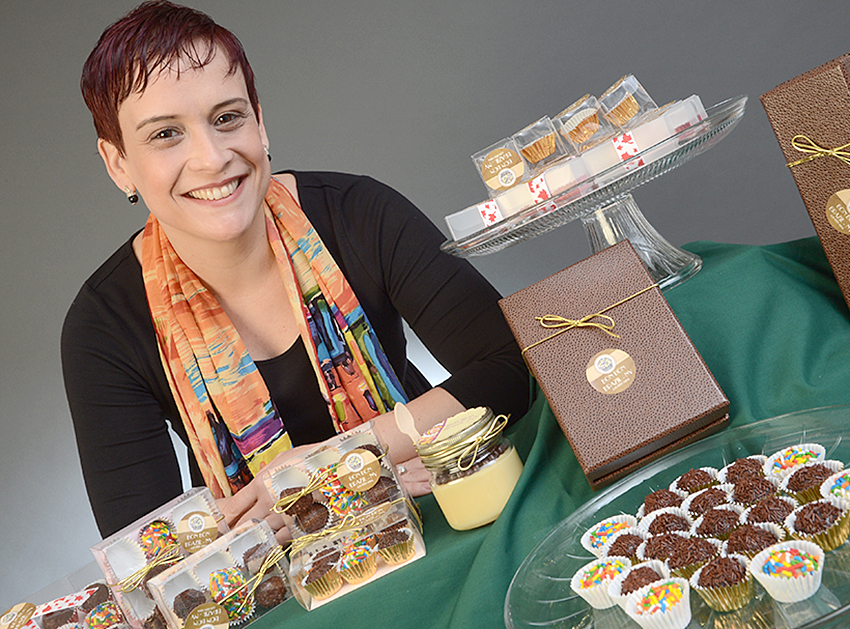 Tais Masala-Finale has started a business that
brings a traditional sweet treat from Brazil to
Saratoga Springs.

The Brazil native is the owner and operator
of Bon Bon Brazil NY, a gourmet brigadeiros
company based in Saratoga Springs.

She said Brigadeiro (bree-gah-de-roh)
was first made in the 1940s. During the lean
years around World War II, access to fruits
and sweets were limited, hence there was a
need to get creative with just a few simple ingredients–
cocoa powder, unsalted butter and
condensed milk.

“Thanks to a few ladies in Rio de Janeiro,
brigadeiro was born,” she said. The treats are
a mixture of milk, sugar, butter and chocolate,
slowly cooked and hand rolled into bite size
balls. She makes them in more than 24 flavors.

Masala-Finale and Bon Bon Brazil NY will be
at the Saratoga Farmer’s Market every Sunday at
the Lincoln Baths in the Saratoga Spa State Park.

Masala-Finale was born and raised in Brazil,
and has lived in America with her husband for
two and a half years. She met her husband in
Dublin, Ireland, while she was studying English
years ago.

She said upon moving to America, she gave
almost all of her furniture to the movers, believing
she did not have enough room for it all.
On her first day in Saratoga Springs, she saw
a table and two chairs in her neighbor’s yard
under a tree.

“I thought it was abandoned and being
thrown away. I was walking away with one of the
chairs and my neighbor came out of his home
screaming, ‘What are you doing?’ He began to
yell at me in Portuguese,” said Masala-Finale.
The two realized they were both from Brazil and
quickly became friends. Masala-Finale made
350 brigadeiro for his wedding soon after. Word
spread about the unusual treats and requests began
to pile up.

Masala-Finale is incorporating popular
American flavors, such as pumpkin spice, into
the traditional Brazilian candy.

“I have always loved cooking. I struggle
to charge money for my food, because it’s
something I do from my heart. It hurts me to
charge money for these, but that is life,” said
Masala-Finale.

“I am excited to show people a very traditional
sweet from Brazil. With the love that I
make this, I am very careful. I am coming up
with lactose-free and vegan chocolate. I want to
give people what they want,” said Masala-Finale.