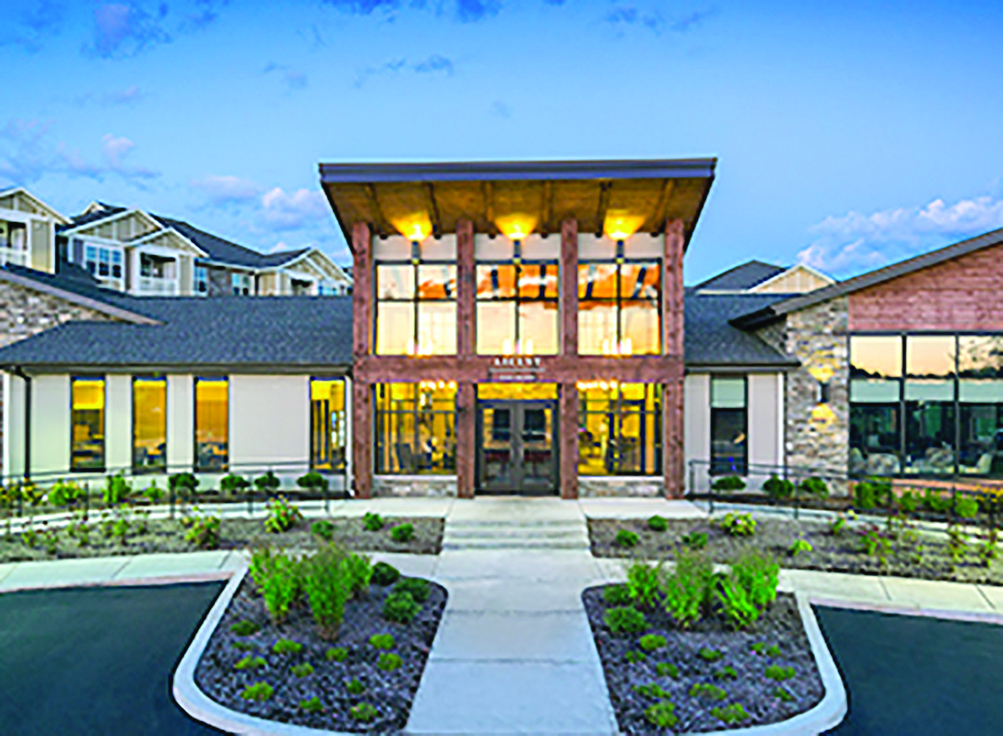 An official for NRP Group LLC, a company planning a large apartment complex in Mechanicville, said they will look somewhat like these buildings the company has in the Pittsburgh area.

Plans for a 300-unit luxury apartment development in Mechanicville have morphed into a slightly smaller project aimed at people with a range of incomes. In the process, Logistics One, the original developer, has contracted to sell the development rights to NRP Group LLC.

“Building apartments is not really our thing,” said Bill McNeary, president of Logistics One, a Saratoga Springs company in the trucking and warehousing business. McNeary first planed and proposed the project.

For NRP, a national company headquartered in Cleveland, on the other hand, apartments are very much their thing. They build some 3,000 of them a year, according to Chris Dirr, vice president for development in the company’s Buffalo office.

NRP recently completed a two-phase townhouse development in the town of Moreau–Sisson Reserve 1 and 2. Dirr said one of the company’s developments in suburban Pittsburgh, called Ascent 430, has the “look and feel” of the proposed Mechanicville development.

The project is planned for a riverfront property at the junction of Route 4 and Route 32, a 10-acre site previously occupied by a Logistics One warehouse building. The address is 230 North Main St. Dirr described it as within walking distance of Mechanicville’s downtown core.

“We want residents to use city facilities,” he said.

The change from a luxury development to a mixed-income one came in response to comments from Mechanicville residents.

“The community thought the original rents were too high for locals to move in,” Dirr said, referring to public hearings held about the proposal. The layout of NRP’s project will also be a little less dense than the original layout.

While plans are not final, NRP is looking at between 230 and 250 units in six buildings, with 90 percent of them being one- or two-bedroom apartments and the rest being three bedrooms. There will also be a clubhouse with meeting and conference rooms, a kitchenette, activity space, the developer’s offices and maintenance headquarters, and a “modest” fitness center, he said.

NRP has retained a civil engineer and expects to begin interviewing architects in late July. The company will be its own general contractor and construction manager.

“Our company does development. We tend to construct what we develop,” Dirr said.

The development will probably go up one building at a time, waiting for one to fill up with tenants before beginning construction of the next one, according to Dirr.

He expects to be able to start in late fall of 2016 or early spring of 2017, with the first building ready for occupancy a year later.