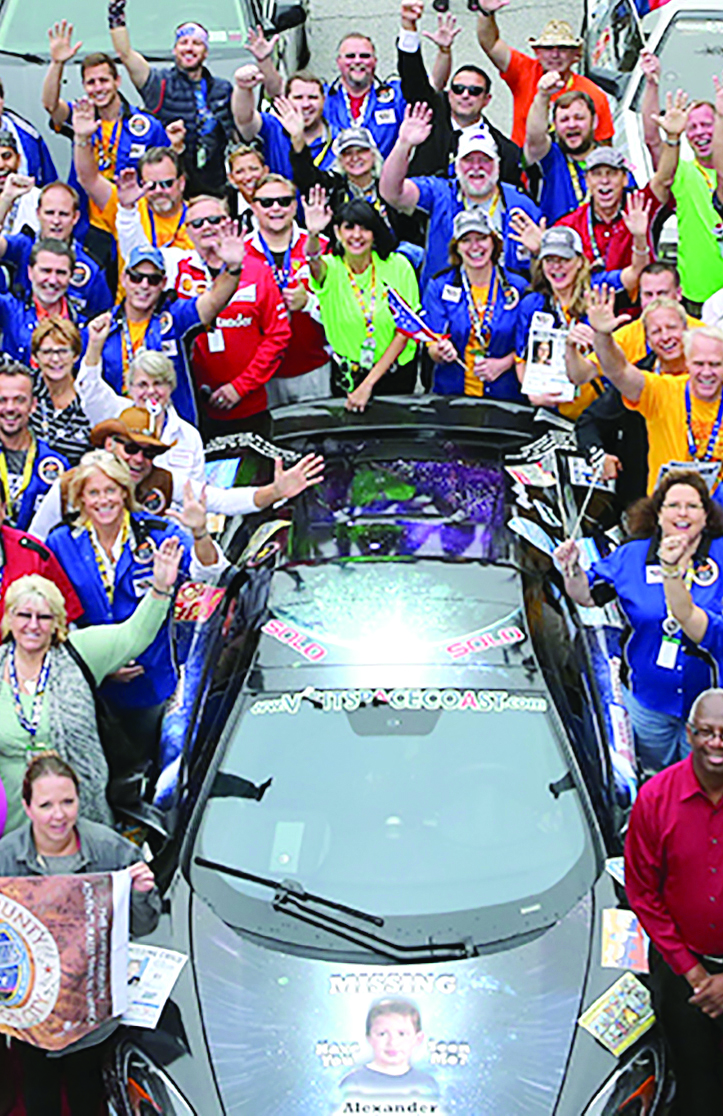 ‘Fireball Run’ participants begin and end each day with a public event.

The televised adventure travel series “Fireball Run” (www.fireballrun.com) is coming to the Hudson Valley in late September, before arriving in southern Saratoga County.

Half of the entire season’s schedule (13 of 26 episodes) will be filmed throughout New York state, including western New York, Dutchess County, southern Saratoga County and Putnam County.

“Fireball Run” is an adventure-travel television series and competition. It involves 40 teams of adventurers, taking the road less traveled, in a quest for obscure and historic artifacts.

The participants cover some 2,000 miles over the 26 episodes. Every driving team is assigned a child missing from their home of origin, and they are provided 1,000 missing child flyers to distribute along the journey, thus aiding in efforts to find them, according to the producers.

On the show, contestants perform various secret “missions” before visiting Ballston Spa the evening of Thursday, Sept. 29, having a reception and staying overnight in Clifton Park. They will leave the area the following morning with a send-off on Clifton Country Road.

Fireball Run is also a charitable effort, and has helped locate some 48 missing children in their first nine years through a massive advocacy and public information campaign, according to its producers.

Pete Bardunias, president and CEO of the Chamber of Southern Saratoga County, the group bringing Fireball Run to the region, said he is delighted to see the southern part of the county featured.

"We are used to being so-called fly-over country," said Bardunias. "'Fireball Run' is our chance to showcase the great communities and interesting sights, folklore and points of interest of southern Saratoga County to a worldwide TV audience."

"We saw 'Fireball Run' as an unbelievable opportunity for some of our most cherished destinations to get much-needed exposure, while also being able to represent Putnam County as a wonderful place to live, work and play," said Frank Smith, interim director of Putnam County Tourism.

Putnam Chamber of Commerce Chairwoman Jennifer Maher added that, "Not only is the national exposure fantastic, but simply breathing new life into our local destinations to raise local awareness of the fine Putnam County destinations is a grand slam."

Mary Kay Vrba, President & CEO of Dutchess Tourism, Inc., said "Fireball Run" will have a positive marketing effect on her county with its global reach as it is broadcast on Amazon's television network over the internet. She said the program "brings attention to the destination, versus the teams, and creates interest for those that follow it."

For business people, sponsors or other interested parties, there is also a VIP event on the evening of Sept. 29 at the Hilton Garden Inn in Clifton Park. Tickets and sponsorships for the event range from $500-$5,000, Bardunias said.

For more information on the local event visit www.southernsaratoga.org , or contact the Chamber of Southern Saratoga County at 371-7748.