The event is an opportunity for members and non-members to review accomplishments honor outgoing board members and welcome new ones. The evening will begin with a social hour and buffet at 6 p.m., followed by the official meeting at 7 p.m.

Tickets are $30 per person and are available online at www.ballston.org. Limited tickets will also be available at the door. This event is open to the public.

The Saratoga Women in Business group will hold its next bi-monthly meeting on Wednesday, March 15, from 5-7 p.m. at Saratoga National Bank, 171 S. Broadway, Saratoga Springs.

The group targets female business leaders in the greater Saratoga Springs area and offers free bi-monthly fellowship opportunities. Wine and light snacks, sponsored by area businesses, will be provided at each gathering, and door prizes will also be awarded. Voluntary cash contributions will be collected at the door in order to help fund future events.

Every meeting includes a five-minute presentation by a local woman-led, nonprofit organization. The March spotlight will be on AIM Services, which provides support and services to people with developmental disabilities and traumatic brain injuries.

To learn more about the Saratoga Women in Business group or to register for the free networking event, visit their website at www.saratogawomeninbusiness.com. 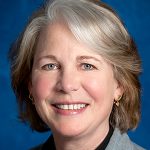 The award is presented by the Torts, Insurance and Compensation Law Section of the New York State Bar Association, recognizing outstanding service and distinguished contributions to the legal profession as a member of the TICL Section.

An attorney with Whiteman Osterman & Hanna since 1986, Gerbini focuses her practice upon issues affecting consumers and providers of insurance. She is former chairwoman of the Torts, Insurance and Compensation Law Section, and previously served as chair of that section’s insurance coverage and newsletter committees.

She currently represents the section as a member of the NYSBA House of Delegates.  She also served as vice chairwoman of the Association’s Sections Caucus, which promotes best practices and advocates on behalf of all sections of the association.

Gerbini is a fellow of The New York Bar Foundation. 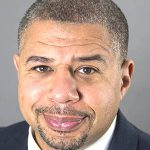 Saratoga National Bank and Trust Co. appointed J. David Brown and Philip Morris to its board of directors.

Brown is president and CEO of the Capital District YMCA. He earned his bachelor’s in business administration from Roberts Wesleyan College and his MBA from University at Albany. 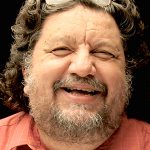 Brown is involved with organizations on the national, state and local levels. He serves as chairman of the Diversity and Inclusion Council for YMCA of the USA, as well as the YMCA of North America Network. He is also a board member on the governor’s Regional Economic Council and the Siena College board of trustees.

Morris is CEO of Proctors and Capital Repertory Theatre. He earned his degree in history from Hamilton College.

Alba Fort left Barcelona, Spain to come to Saratoga area just 10 months ago. Today, the mother of two has launched an online retail business that allows her to establish roots in upstate New York while enjoying the European decor she craves.

It is a business venture she said is giving her a sense of fulfillment in the place she now calls home.

“The idea came about few months ago when I started to decorate my little one’s room. I was looking for items that reflected my passion for Scandinavian design and fit with my style,”said Fort.

“I decided to let my heart guide me with the vision that nurseries can be modern and cute spaces. From there kidslovedecor.com was born,” she said.

Her company, Kids Love Decor, is  an online boutique filled with decoration products for children that can’t be found at most retail stores. The hand-picked decor items come from all over the globe and are specifically for babies and children’s bedrooms, nurseries and playrooms. 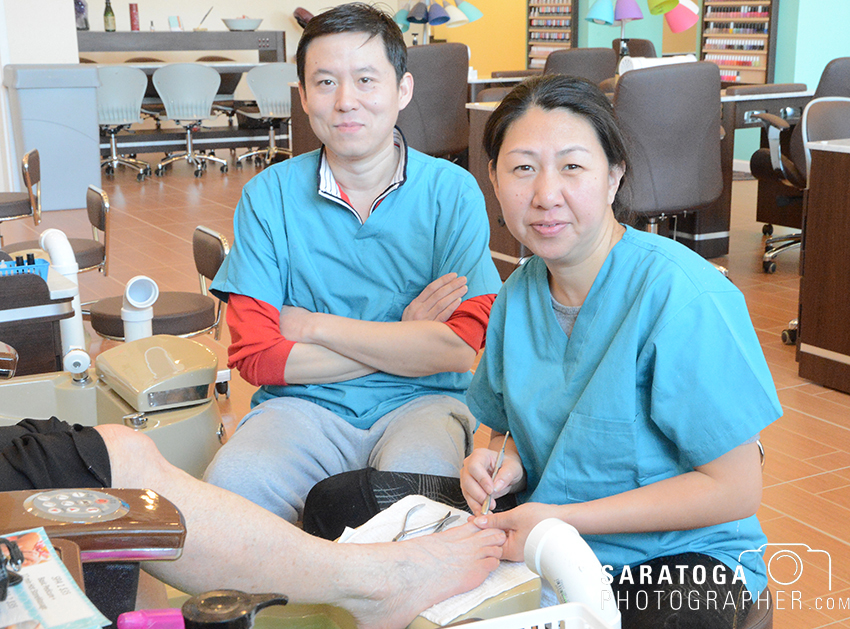 No. 1 Nail & Spa, 55 Railroad Place in Saratoga Springs, became a new business in that street’s commercial segment, between Price Chopper and Bow Tie Cinema, in January.

Prior to opening the salon, the owners, Emily Hei and Jack Wang, had a salon in Rotterdam called NY Nail & Spa.

“Business was great and everyone enjoyed going,” Hei said. “Since our first business was successful, I thought to open up a new salon from scratch. I sold the old salon in June  and started looking for a new place.”

Having the location be in Saratoga was a no-brainer, she said.

“We live in Saratoga Springs,” said Hei. “My daughter also goes to the high school in Saratoga. Everyone is nice. So I thought, why don’t I open up a salon to provide services for them?”

Local and regional banks are reporting record growth and increased attention being paid to expansion—physically and technologically—as they continue to court the growing number of businesses that are expanding throughout upstate New York.

While some local banks, like Adirondack Trust Co. are building upon their already strong relationships with customers in the immediate area, other banks, like Ballston Spa National Bank and Saratoga National, have seen significant growth as a result of expanding into other regional markets.

Still other banks, like NBT, which has branch offices throughout the state, are continuing to be viable competitors by offering high-caliber of services to meet the needs of a diverse customer base.

Stephan Von Schenk, president of Adirondack Trust, said last year saw record growth across all three of their lending portfolios, with residential and consumer lending up by 15 percent.

“Anything over 10 percent is very fast and is not sustainable without expansion and increasing infrastructure,” he said. 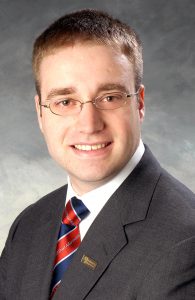 As the 2017 tax season gets underway, the Adirondack Trust Co. is urging all customers to take extra precaution when filing their returns to prevent exposure to tax fraud.

“Fraudsters are using very clever tactics to get a hold of your personal information and submit false tax notes,” said Charles V. Wait, Jr., bank  executive vice president. “Consumers must be suspicious of any communication from the IRS through email, text or social media that requests personal information, and should keep a watchful eye out for missing W-2s and mail containing sensitive financial information.”

Tax identity fraud takes place when a criminal files a false tax return using a stolen Social Security number in order to fraudulently claim the refund. Identity thieves generally file false claims early in the year and victims are unaware until they file a return and learn one has already been filed in their name.

• File early. File your tax return as soon as you’re able, giving criminals less time to use your information to file a false return.

• File on a protected Wi-Fi network. If you’re using an online service to file your return, be sure you’re connected to a password-protected personal network. Avoid using public networks like a Wi-Fi hotspot at a coffee shop.

With only 14 percent of small employers with fewer than 100 employees sponsoring a retirement plan according to the Government Accountability Office, finding the right retirement plan is more important than ever. Having a retirement plan in place not only helps the business owner work towards securing their financial future, but can also make your business more competitive in attracting, and maintaining, top employees.

There are also potential tax benefits to offering a plan that reduces your company’s tax burden, as plan contributions are deductible as a business expense, as well as tax credits for new start-up plans.

Although most business owners think of a 401(k) plan when deciding on a retirement plan, there are several different types of plans available that may be more appropriate for your business.

The following are retirement plans that small business owners might consider:

When the renovated Adelphi Hotel on Broadway in Saratoga Springs reopens, its new look will include ornate ceilings decorated by Donna Mock whose company, Classic Design Finishes, has been bringing new life to area walls and ceilings for nearly 20 years.

The ceilings in the Adelphi’s rooms and hallways will be finished with a silver metallic glaze, Mock said. She has completed work on the rooms and she expects to have the hallways finished in three or four weeks.

The project at the Adelphi is fairly simple, she said. Often, she produces murals, trompe d’oeil effects and other artistic details. “I can make walls look like wallpaper, plaster, whatever the client wants, but I am best known for my plaster work,” she said.

Another project, the lobby of the Saranac Hotel at Saranac Lake, is more complicated.

That work is “coming along” and should be finished in May. For that project, she is working on 30-foot-long ceiling beams first installed in 1924. There is water damage and much of the design on the beams has faded so that they have to be completely redone.

Mock’s work is part of the historic restoration of the hotel.

These relatively large commercial projects are a change from Mock’s usual work. Most of the time she works on people’s homes, both new construction and existing buildings.

“Every job is different,” she said, “And I love what I do. It’s very creative, it’s fun, and it’s great to work with clients.”

Eileen Venn saw things very differently when she and her husband, Brian, took over Mechanical Testing Inc. in 2008.  As the CEO of the company, Venn is making her mark in the industry.

MTI, located at 70 Lake Ave., Saratoga Springs, is an independent, certified test and balance (TAB) contractor. It provides clients with reliable and repeatable TAB services for the heating, ventilating and air conditioning industry. It was established in 1967.

“It can be very intimidating, women in construction. You need to be confident and it helps to have  a strong support group, which I have,” said Venn.

Venn is a graduate of SUNY Albany with a degree in business. She said her background helped her fight through any doubts.

“I came in with experience in the alcohol and beverage business,” said Venn.

It has been two years since Heidi Ives, Dorothy Rogers-Bullis, and Rachel Spensieri first began discussing the need for a women’s networking group in Saratoga Springs.

While each of these women comes from differing professional backgrounds and industries, they pooled their collective talents, and from those early conversations, the Saratoga Women in Business (SWIB) was established.

“I often point out that men do their professional networking on the golf course, and women often have a tough time finding a comfortable venue that serves that same purpose,” said cofounder Heidi Ives, a manager and mortgage loan originator with HomeBridge Financial.

“One of my primary goals for the SWIB gatherings was to provide a casual, unintimidating atmosphere for professional women to enjoy a glass of wine and network with each other,” she said. “Our unofficial motto for SWIB is ‘Make friends first, and the business will follow,’ and time and time again, this is exactly how new business relationships are formed.”