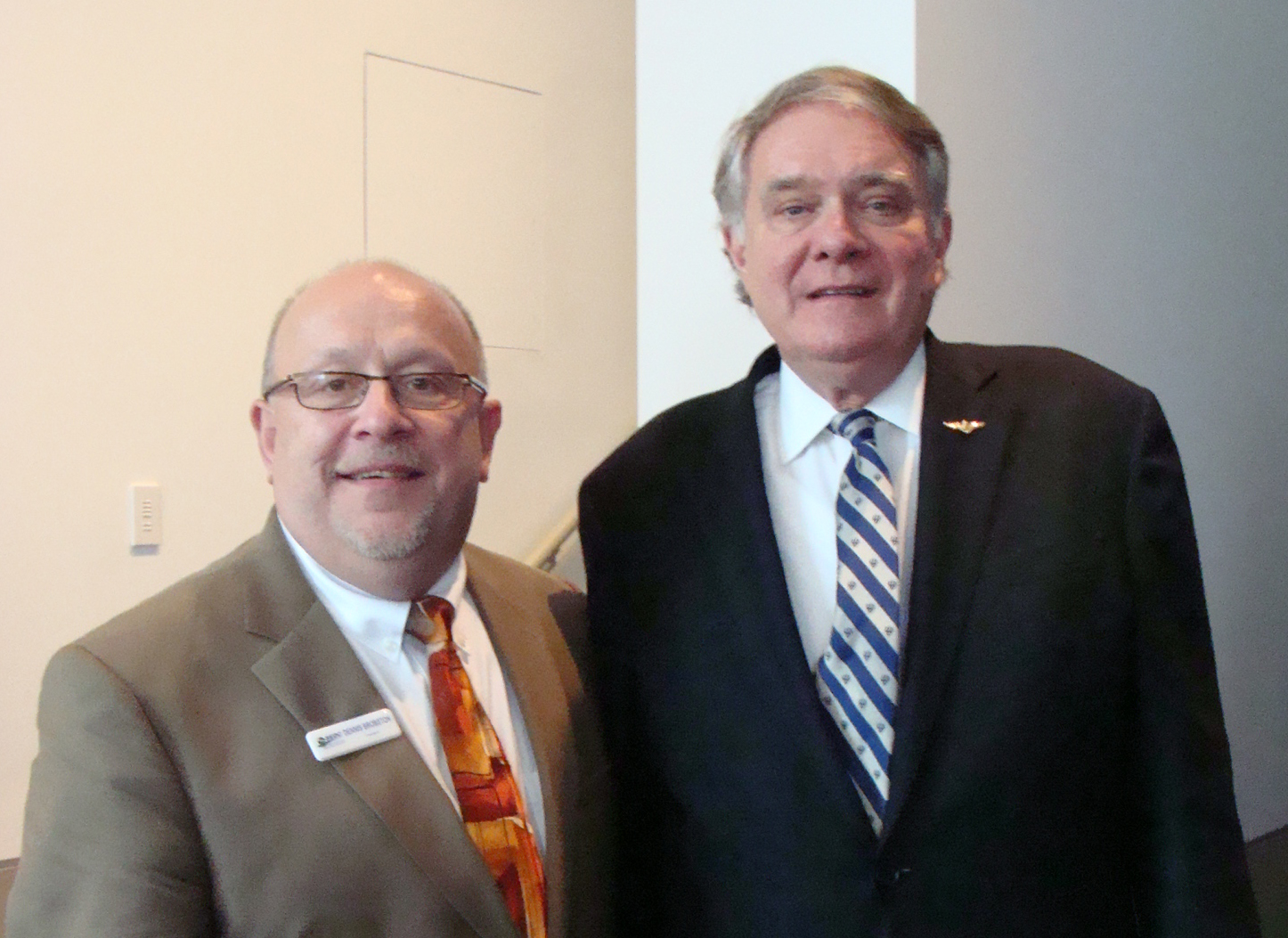 A national expert in economic development
gave advice to a group of local officials and business
people recently on how to best address the
challenges of bolstering local economies and fortifying
them against the vagaries of the national
and world economy.

The keys of his message were
twofold: Cooperation between public and private
entities is essential, and staying with the status
quo is a recipe for failure.

J. Mac Holladay, founder and CEO of Market
Street Services in Atlanta, a community and
economic development consulting firm with
experience in 33 states and more than 150
communities nationwide, addressed a large
crowd at the Saratoga City Center on May 29.

The luncheon was sponsored by the Saratoga Economic Development Corp., a key economic development group.

“This is a team sport. No one organization can be successful. No one entity can do it by itself,” said Holladay. “Every place that is successful, no matter the size, no matter what state, is a publicprivate partnership.”

His address had some meaning, because the Saratoga County Board of Supervisors recently announced it would not renew its contract with SEDC for 2014. The county contributes $200,000 a year to the SEDC budget.

Holladay also spoke on the same day that the supervisors announced the hiring of consultant E.M. Pemrick & Co. of Ballston Lake to fi nd a fi rm to craft a long-term economic development plan, at a fee of $7,500.

Dennis Brobston, SEDC president, said he hopes rift between the county and his agency can be resolved before the contract expires at year’s end. But his agency–which lays claim to helping add more than 17,500 jobs and bringing in $12 billion in investment and $34 million in annual tax revenue to the area since 1978–is focused on continuing its mission.

He said it’s possible SEDC might retain Holladay’s fi rm in some fashion to help it to develop strong strategies and continue the county’s economic development successes.

“It’s very possible,” he said. “you need a good facilitator that knows the world today like they do.” “We believe we’re heading in the correct direction,” added Brobston.

Holladay said the u.S. economic recession over the last decade is the worst he has seen in his lifetime and multi-faceted strategies are needed to deal with this one and any that might arise in the future.

In the locations where his company has worked, he said they bring as many entities to the table as possible, listen to all the input and give truthful, direct advice.

He also stressed that change is inevitable and people need to always challenge the status quo, “the enemy of positive change.”

“What you did yesterday is very nice, but that is not the way to move forward,” said Holladay. “Don’t be complacent. Even more important, don’t be arrogant. Be aggressive.”

Regarding two commonplace statements–“We have always done it that way” and “We tried that before”–Holladay said “I suggest you remove these phrases from your vocabulary.”

“We know things are going to change, so the question for you is: Who’s in charge of the change? It’s up to you.”

Holladay stressed that economic development strategies aren’t just about bringing in jobs. It’s about bring in talented people, which in today’s world means people of diverse races, religions and ethnic backgrounds and ages. Economic development is also about creating a place where people want to live, as well as work. And things have to be done to retain these people, he said.

Things that are important in developing a place where people will settle include social offerings and entertainment venues. It also means physical beauty: green spaces, parks, bicycle paths and the like. And the quality-of-life issues should be wide, geared to the diversity of the population.

“It’s about working together to make the place better,” he said. The character of a community, its history, its aesthetics and its style are all elements that must be looked at and interjected into a strategy.

“Honor what you have but at the same time build something strong and different,” said Holladay.

Following his talk, Holladay said of the Board of Supervisors-SEDC rift that it was time “for the folks here to have a conversation” and iron out differences with communication, rather than go on separate paths.

In a statement issued in early May, SEDC said “We stand ready to assist the full Board of Supervisors of Saratoga County in any way possible for the economic vitality of our county. For nearly 35 years, SEDC has worked tirelessly to bring businesses, jobs and tax dollars to Saratoga County – a mission that will continue in 2014 and beyond.”