Horse Statues in the Saratoga Area 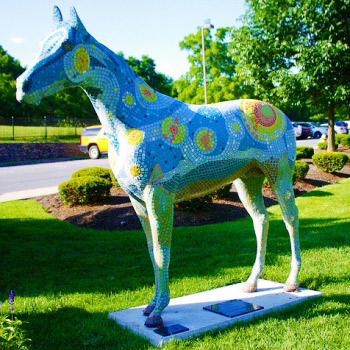 Have you seen any beautifully decorated horses in and around Saratoga Springs lately? More than 30 fiberglass beauties were commissioned in 2007, designed and decorated by artists throughout the northeast, displayed throughout town, and eventually auctioned off.

Today, over a dozen of the horses are still residing in the Saratoga Springs area, and many can be viewed and enjoyed by the public. Below, you'll find a list of the remaining horse statues, along with each one's most recent location, that can serve as a guide if you wish to visit them for yourself!

Know of a statue we missed? Let us know!