Park Side Eatery, or PSE as owner Michael Hoyt calls it, opened in June after 3 months of renovation and is now the incubator for three other businesses. 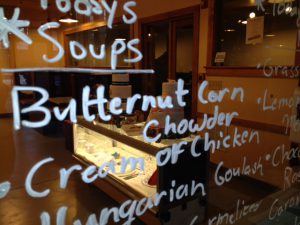 I wandered into Park Side Eatery out of a nostalgia for real Jewish deli Matzo ball soup, the kind I used to get in Philadelphia. According to Yelp, this was the only place north of City Hall that had that magical liquid amalgamation of the Jewish gods (יהוה?). What I found was a haven with free Wi-Fi, tons of afternoon sun, a hot food display with perfectly charred Brussels sprouts and egg-sized homemade gnocchi’s with arugula (take that Saratoga-snubbing Whole Foods), and a dessert called Grasshopper Pie that the Girl Scouts can’t touch. 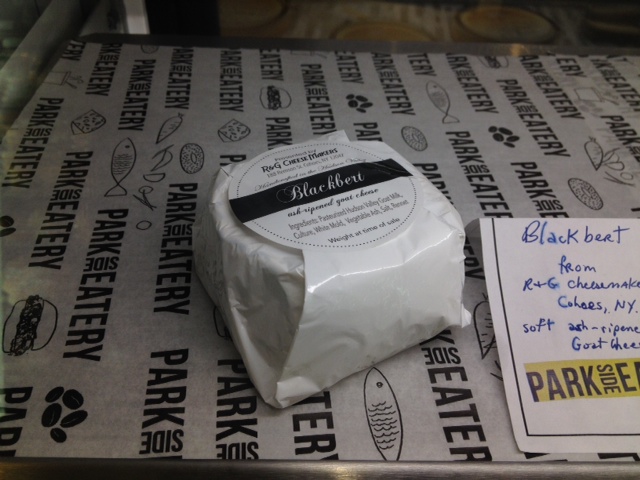 THE BUSINESSES
During my unplanned 4-hour stay at Park Side Eatery I met the owner who no doubt wanted to know if I had a home of my own. Michael was a pleasure to speak with and soon I was talking to him at length about the growth of Park Side Eatery and met his wife, Heidi, the cooking hands and mind behind all that their four businesses churn out.

“We own Black Diamond Catering, a wedding-based catering company that is based out of here, and Adirondack BBQ, which also does catering, and now we are incubating our new business, Glazed Backerei here,” explains Michael, pointing out it all comes from this main kitchen location. Adirondack BBQ, whose items are available on the Park Side Eatery menu, is a casual catering brand that will soon have more locations in Upstate NY, and the newborn Glazed Backerei business will start here and hopefully open more dry shops off the Northway.

This main hub of all of the Hoyt’s endeavors was a revamped 1880s building that used to house horses before becoming Nick Palmetto Produce, which some of us may remember. The space is massive, with a shiny new stainless steel kitchen open to the room, which serves as a dining area, deli counter and bakery. 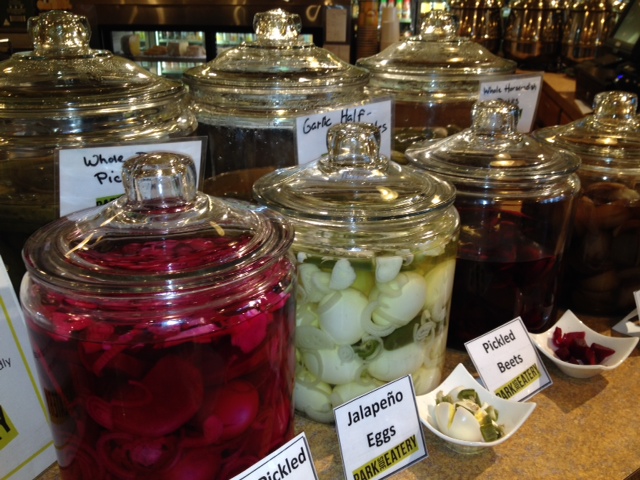 THE SLOW FOOD MOVEMENT
Heidi and Michael have lived in Saratoga for most of their life (Heidi is from Cambridge, NY, and Michael from Rupert, VT) and have been married 27 years. So where did they come up with offering Vietnamese Pho to Saratoga Springs?

“Every time we travelled we always ate where the locals ate, even the if-y places, because that’s where we found the best foods – the food that’s been forgotten,” says Heidi.

They ate cheese from Murrays Cheese in Greenwich Village, vegan dishes on the upper West side at Peace Food Cafe and Jewish deli sandwiches at Katz Delicatessen.

“We like peasant food as we call it,” explains Heidi. “The food everyday people used to make for their families. A lot of these dishes are being remade in high-end restaurants now, but the fad is simply just reproducing peasant food that started with basic ingredients and a lot of patience.”

“We are looking backward into a time when food was slow, when the processes were more thoughtful than what we are used to producing today,” says Heidi of her choice of menu items.

The corned beef takes 14 days to make, the pastrami takes a week. This impromptu interview, for example, had interrupted Heidi from fermenting half garlic sours to add to her line-up of homemade pickles. 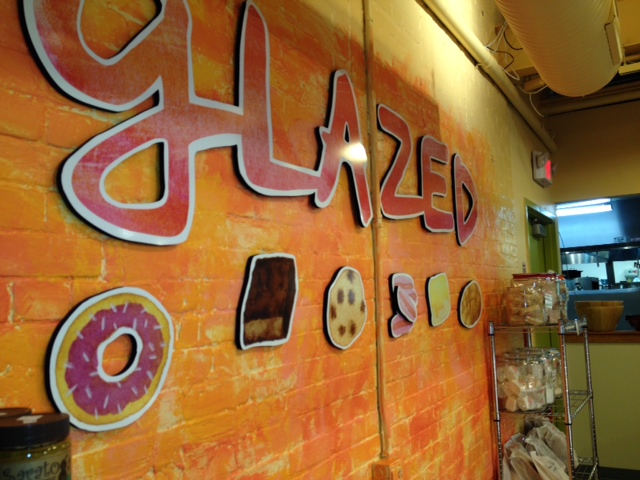 THE MENU
The foods are all about your senses here (lavender in soup actually works), cassia bud sweet pickles, chocolate babka (buy a loaf and use for French Toast to really impress guests) and gourmet flatbread galettes.

Guests will notice new and fresh soups everyday as well as a plethora of other cusines from around the world, making it difficult to label Park Side Eatery as one type of food.

“We just make the food that we all really love,” says Heidi. “Middle eastern, Jewish, Asian.” Heidi made the Vietnamese speciality, Pho, soup once (she tends to go off menu sometimes) and Saratogians literally drank it up; it was the first soup that sold out.

Heidi can barely can keep up with production of Matzo ball soup, which she makes by hand including a real broth that starts with the chicken bones. Heidi had been making soups for Rock Hill Bakehouse and she’s taken her book of 72 soup recipes that she’s developed over the years to Park Side Eatery. 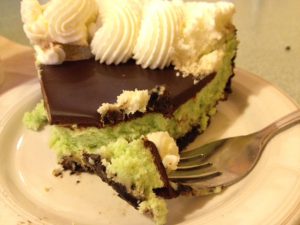 What I witnessed was that most people who entered were pleasantly surprised (and excitable) and the majority used the phrase “this is my first time here” somewhere in their conversation.

Hopefully Park Side Eatery continues to grow, first-timers will become regulars, and I’ll have some fellow laptop workers to sit next to and nod approvingly at their choice in pie.

Heidi is at Park Side Eatery cooking and chatting up new friends 6 day a week, so stop by!