After being sold, redefined and now restored to its original glory, remnants of the Top Notch Tavern’s rich history are finally whispering from the walls. 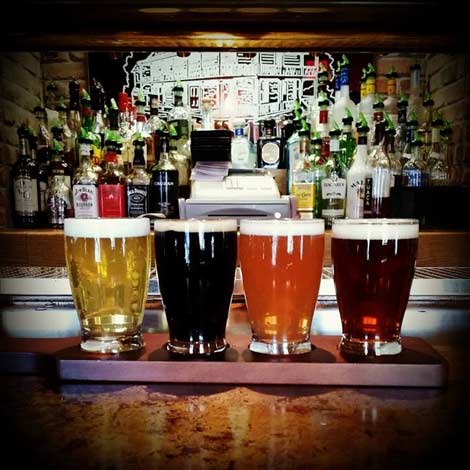 Dating back to the Civil War Era, this venue was built as a stagecoach stop and hotel in the 1860’s. Civil War cavalry would often stop for a rest there!

It became The Top Notch Tavern after Doreen purchased it with her husband David in 1968, making their home there and running a small bar and grill operation that quickly grew in popularity.

Doreen was the star of the kitchen and went all-in on the Top Notch Tavern after her husband’s death in 1972. She became the sole cook, cleaner, bartender and keeper, earning herself the nickname “Charlie” because she “worked like a man.”

Needing to generate more income, Doreen transformed the portion that was their home into a beautiful Victorian dining room to complement the bar. When she had the funds, she further expanded the tavern by attaching the adjacent horse barn and later transforming it into the rustic main dining room.

With a sweet spirit and killer recipes, Doreen ran the Top Notch Tavern successfully for years before selling it to move onto other endeavors.

Over the years, the property changed hands a few times, with no undertaking enjoying quite as much success as Doreen’s original Top Notch Tavern. The venue itself also underwent several cosmetic changes along the way, each layer hiding a little more of its intriguing history.

In recent years, however, DP Construction has peeled away the layered masks on the walls, floors, exterior and interior spaces, exposing the original wood floors and features of the tavern and revealing the historic charm that was hidden for so many years. Top Notch Tavern Owner James also owns DP Construction, having named it in memory of his grandmother (DP for Doreen Palmateer). 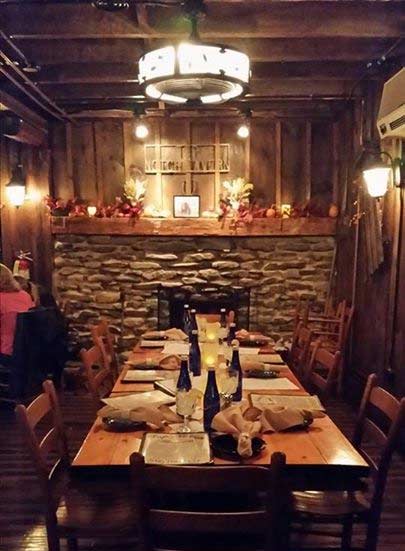 Renovations took about three years and a couple hundred thousand dollars, and the result is an authentic historical appeal that is truly “top notch,” making it again deserving of the name Top Notch Tavern.

“The environment is great,” said James. “It’s very vintage and cool to be in there. It’s very classy with plenty of nostalgia.”

But the true-to-its-roots atmosphere isn’t the only throwback at Top Notch Tavern. Famous for her hearty prime rib, baked mac and cheese, pies and other comfort foods, Doreen put her heart and soul into her cooking. Since opening last October, James has been dedicated to recreating the experience of being in the early Top Notch Tavern and keeping his grandmother’s spirit alive, featuring a majority of menu items that are straight from her personal recipes.

“The flavor and quality is what blows people away,” said James, who makes a point to try a new restaurant every week, affirming he hasn’t been anywhere that would even compare. “It’s high quality comfort food, and you’re not going to find this kind of flavor and quality anywhere else.”

James’s father, Bob Palmateer, is executive chef. As Doreen’s son, Bob grew up cooking alongside his mother his entire life, learning her recipes and adopting them as his own.

The prime rib is one of the most talked about meals at Top Notch Tavern, cooked in the same oven Doreen cooked her famous prime rib, and still receiving rave reviews. James said customers often can’t believe how good and how big it is, referring to the bone-in prime rib as the “Freddie Flintstone.”

“It’s definitely one of our claims to fame,” said James. “We proclaim to have the ‘world’s best prime rib,’ and nobody argues it.”

In addition to the prime rib, the rustic salad bar is also wildly popular at the tavern. It is supported by three tree trunks and always stocked with fresh veggies, making it a favorite among guests.

The Top Notch Tavern is a place that offers a little something for everyone, featuring a classy bar with 20 beers on tap (15 of those being craft drafts), an outdoor patio open in the warmer months, a wood-burning stone fireplace going in the winter, happy hours during the week, early-bird and other specials, large portions, light fare menu, an extensive wine selection and other draws that appeal to a wide range of dining patrons. 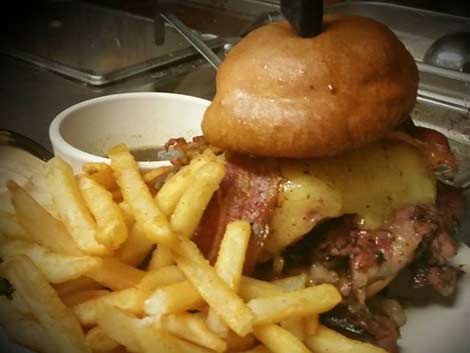 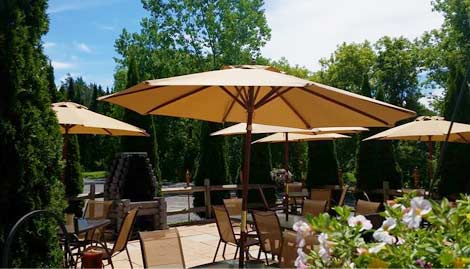 There’s also live music on the weekends, featuring a variety of artists that range from oldies to country, soft rock, acoustic, jazz and more.

When asked what kind of comments he hears often from patrons, James answered, “‘We’ll be back,’ we get a lot of!”

From cooking up his grandmother’s timeless recipes to playing tunes from her 45-record jukebox, James and other family members who also work at the tavern are all committed to a single goal: giving Top Notch Tavern a truly authentic vintage appeal that serves as a worthy tribute to original owner Doreen “Charlie” Palmateer.

“She was a woman you never saw angry or upset,” said James. “She always smiled, she was always positive. There is no one like her.”