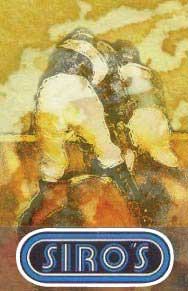 SARATOGA SPRINGS, NY - Saratoga's summer time hot-spot, Siro's, has a handfull of new celebrity owners taking over starting summer 2010. The restaurant, which is only open during the Saratoga Racing season, was sold to Racing Restaurants of America. This group was recently formed by three partners: Keith Kantrowitz, principal of Power Express Mortgage; Paul Carlucci, publisher of the New York Post; and Steven Schoenfeld, partner of MPS Global Securities.

Siro's has been open since the 1930's and is a long standing tradition in Saratoga during the racing meet for locals and tourists alike. The restaurant is located directly next to the race track on Lincoln Avenue, and on any given night can be found packed with racing fans, live bands, and four-star food and drink.

More entertainment and cheaper drinks are on the plate for this summer. Music by nationally acclaimed tribute bands playing Elvis, Billy Joel, the Beatles and Bruce Springsteen are scheduled, as well as entertainment by Maxine Nightingale, Jersey Boys and Lisa Lisa. There will be no cover charge on any night, Backyard beer prices will be reduced, and Saratoga Springs locals can receive 20% off on Tuesdays.

Siro's will have a soft-opening on Wednesday, July 21, then the annual Siro's cup on Thursday, July 22 and the opening-day of the Saratoga meet will be on Friday, July 23. Siro's will remain open nightly during the 6-week racing meet and then will be open during weekends through October. Under the new rules, Siro's may remain open 90 days a year, 30 of which are during the racing meet.